I. Overview of Suzuki Philippines

First, let's with Philkotse.com find more about Suzuki company in our country.

Suzuki Philippines was founded in 1975 under the lead of Rufino Antonio. It was known as Antonio Suzuki Corporation which handled the nationwide distribution of Suzuki motorcycle.

However, Suzuki Motor Co., Ltd took the management away from Antonio Suzuki Corporation after the country’s economy failed. Afterwards, Suzuki Philippines Inc. was introduced in the Philippines and has been the managing the distribution of motorcycles across the country.

Suzuki Philippines Inc. then took over the operations of automobile from Pilipinas Transport industries in 1999. Due to this expansion, the company’s image was strengthened. In 2000, Suzuki automobile launched their flagship model Suzuki Vitara with its 2.5-liter v6 engine. Suzuki Vitara was first released in the Philippines in 2000

In 2002, Suzuki automobile launched Jimny 4x4 which was whole heartedly accepted by Filipinos since it is a very affordable SUV. 2005 was the year when they launched Suzuki APV which is well-known for offering the best value for money van in the local market. It was followed by Suzuki Swift hatchback and Grand Vitara which are all accepted by car lovers across the country.

After 2 years, Suzuki introduced a fuel saving car, Suzuki Alto, in response to the continuous increase of fuel price. It was well accepted by Filipinos due to its budget-friendly price and fuel-efficient engine. The truth is, the cars offered by Suzuki are close to the hearts of Filipino car enthusiast due to its affordability and efficiency. In 2015, Suzuki was able to achieve an increase of 162% on sales just for the first quarter.

Here in the Philippines, there are nearly 40 Suzuki authorized dealerships which provide customers with high-quality Suzuki models and services.

Below are top 3 best-selling Suzuki models in local market. In case you want to learn more about their pricing and other Suzuki's, check out our Suzuki Philippines price list.

The Suzuki Alto 800 is a capable compact car in the Philippines which was introduced in 2013. The Alto has proven itself that it's well capable of satisfying most of Pinoy drivers with a great comfort, versatility and a high economical level.

The arrival of the Suzuki Celerio is the first footprint of the brand into subcompact car class in our shores. With a price tag ranging from P558,000 to P598,000, it's one of the most affordable Suzuki cars for sale in the Philippines. 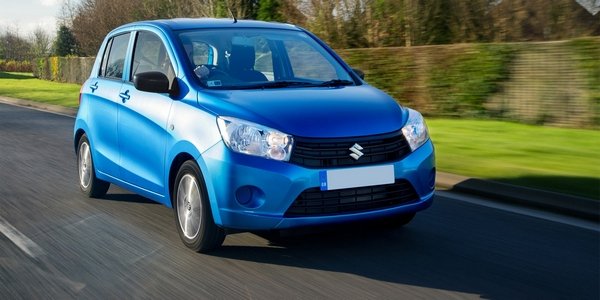 The 4th-gen Suzuki Vitara comes to the Philippines in 2017 with a significantly smaller size than the last model. Nonetheless, it has more to offer than many other bigger and more expensive vehicles in the country.

If you want to find out more about these hot-selling cars as well as other Suzuki models, refer to our Suzuki review section.

Suzuki started in 1902 as a looming company as founded by Michio Suzuki. Despite the success achieved by Suzuki Loom Works, they believed that they can still be of more value if they open their company to other products. Suzuki did not start as a motor company but rather, they started as Suzuki Loom Works

In 1937, Suzuki ventured to create small cars, and in a span of 2 years, they were able to complete different compact prototype cars. The first Suzuki motor vehicles were powered by a liquid cooled, four-stroke and four-cylinder engine.

During the World War II, Suzuki vehicles were interrupted by the government since they find it to be unnecessary for civilians. At the end of the war, they decided to go back to manufacturing looms, but then the success easily ended as the cotton market died in 1951.

However, this instance gave way to manufacturing vehicles again. They started with a two-wheeled vehicle powered with a motor known as “Power Free”. By 1954, Suzuki was able to produce 6,000 units of motorcycles per month. At this point, Suzuki Loom Works was changed to Suzuki Motor Co. Ltd.

The very first automobile that Suzuki created was Suzuki Suzulight in 1955. Currently, Suzuki is lead by Osamu Suzuki and is the world’s largest automakers in the world.

Everything You Have To Know About The 2018 Suzuki Swift

The company offers models such as Maruti 800 and their premium sedan Maruti Suzuki Kizashi. Maruti 800 is the very first model launched by the company which was followed by a mini-van named Maruti Omni. The company’s Maruti Gypsy that was introduced in 1985 was commonly used by Indian Army and Indian Police Service.

America Suzuki Motor Corp is located in Brea, California. However, this company had announced that they would stop producing cars in 2012.

The company was incorporated as a public limited company in 1983. The company was privatized in 1992 and was placed under the management of the Japanese.

Suzuki Canada Inc was founded in 1973 with its main office ay Ontario. They basically sell parts for Suzuki motors. 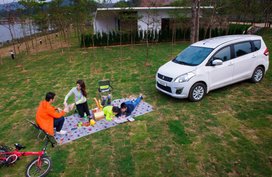 View all Suzuki cars for sale