[Philkotse guide] Things you might not know about autonomous cars

We explain what autonomous cars are, how they work, and how they can drive themselves.

The concept of an autonomous vehicle is definitely new. Although it still seems quite far-fetched for some, it won’t be long until these autonomous vehicles finally reach the local market and, well, drive everyone crazy. Although we always dreamed of the concept, we can’t really say we saw it coming.

But what are these vehicles? What are they good for? How do they work? Get all the answers to these questions in this article from Philkotse.com!

1. What is an autonomous car?

The term “autonomous car” refers to self-driving vehicles that are making headlines in the automotive industry. These cars are capable of driving on the road with minimal-to-zero human intervention.

These vehicles utilize artificial intelligence and take it to the next level. Manufacturers of these autonomous cars use pre-existing automotive technology to make it possible. One of the technologies that made this possible is the adaptive cruise control. These driverless vehicles have different levels of complexity. Some have basic systems that need to be monitored by a human every now and then. There are also models that are completely capable of operating regardless of the conditions. These are the autonomous vehicles that don’t require a driver at all.

>>> Have you known about EV car spotlight: The BMW iNext 2021 is an autonomous car?

Autonomous vehicles use artificial intelligence along with other vehicle systems. The vehicle systems are usually based on the pre-existing ADAS or Advanced Driver Assistance System.

The end product is a new system called the Automated Driver System or ADS. The artificial intelligence in charge of an autonomous car gets its input from different sensors built into the vehicle. The small pieces of information are used to “paint” a bigger picture of the area around the car.

Used along with the GPS data, the information gathered will then be enough for the vehicle to plot a safe course. Autonomous vehicles use artificial intelligence along with other vehicle systems

To get from one place to another, the AI controls the different systems in the vehicle. This includes the brake, the electric throttle, and the steering wheel. The sensors and cameras are designed to detect other vehicles, obstacles, and pedestrians.

The AI will be responsible for taking corrective action, so an accident doesn’t happen. Other than the full AI capability, autonomous cars can also let you drive. These ADS-equipped cars use a system that resembles advanced cruise control which means you can let the car drive itself but you can also take over when you want.

>>> Check out: See what happens to the automotive industry after AI.

3. The key tech that allows autonomy

Autonomous cars are equipped with various technologies (some actually in use for a while now) that are designed for optimum functionality. Who would have thought that the efforts of so many inventors would lead to this moment?

Drive-by-wire systems have had long been in use. Here, electronic connections replace the mechanical ones. This makes it easier for the AI to control the individual systems such as those for steering, braking, and acceleration. Drive-by-wire systems have had long been in use

These were originally intended for tired or weary drivers -- helping them stay in their lane, and not drift out of it. Lane-keeping systems were originally intended for tired or weary drivers

Self-driving cars would not be possible without artificial intelligence. Autonomous vehicles are controlled by AI programs to function properly -- programs tested and perfected through machine learning.

A program would be able to read data from the different sensors built into the vehicle. AI is also responsible for determining appropriate actions based on the data given. 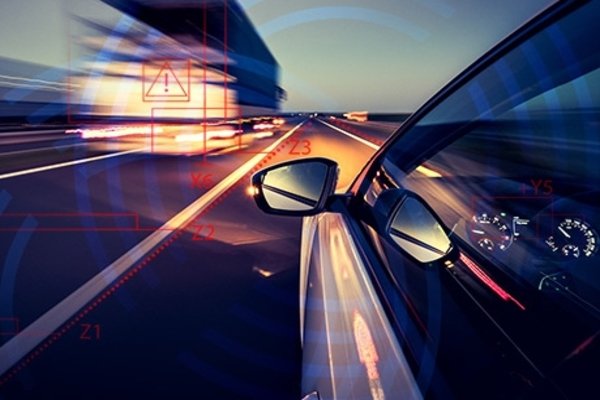 The automatic brake function prevents accidents caused by human error. This is usually when the driver is unable to hit the brakes when needed.

The adaptive cruise control is another individual technology designed to assist drivers. This feature controls the speed of the vehicle according to the surrounding traffic. Autonomous cars also rely on this technology to keep safe while on the road.

>>> You might want to know: Adaptive cruise control - 4 basic things you need to know.

The creation of autonomous cars took quite a while. The study started way back in the 1950s but accelerated after the 2000s. After the autonomous cars were finally introduced to the public, the Society of Automotive Engineers or SAE quickly developed the scale of automation. The scale is made up of five levels ranging from man-maneuvered vehicles AI-controlled ones.

The creation of autonomous cars took quite a while

4. The five levels of autonomy