Why you should be wary of fake driver’s licenses

Push comes to shove, it can lead to imprisonment.

Fake IDs are something we probably know of already that are continuously used around the world. These are commonly used by underage individuals who wish to attend certain age-limited events such as raves, festivals, or clubs.

Unfortunately, did you know that even the Land Transportation Office (LTO) driver’s licenses are also faked? A person who is driving with a fake driver’s license imposes a high risk of an accident on the road as he/she doesn’t have the right amount of knowledge and understanding of LTO laws and road regulations. So why is there fake driver’s license in the Philippines? It could be that availing of a proper driver’s license can be costly. The cost could reach up to P11k due to LTO required fees, medical certificate, and driving school fees.

Or it could be that some people also don’t want to go through the hassle. As we all know, LTO queues can be long especially in the main offices. Plus, failing the driving written and practical exams takes a month before retaking.

Fake LTO driver’s licenses should be avoided at all times as the agency is not easy with violators. With all that being said, here are the ways you can identify a fake driver’s license in the Philippines and what are the penalties and charges LTO will impose for offenders.

I. How to identify a fake driver’s license in the Philippines

Even if you are one hundred percent sure that you drive an original LTO driver’s license, it still pays to know how to determine the real from the fake ones. Who knows, what if you get pulled over one day and the enforcer told you that you are using a fake driver’s license. 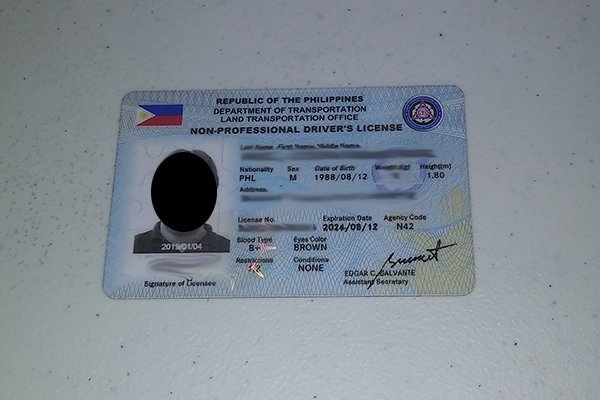 Of note, some people say that they see a blue color instead of a violet. Nonetheless, the important thing is that the color shouldn’t be yellow or white. This is a technology LTO has integrated into new driver’s licenses to easily determine the real from the fakes. 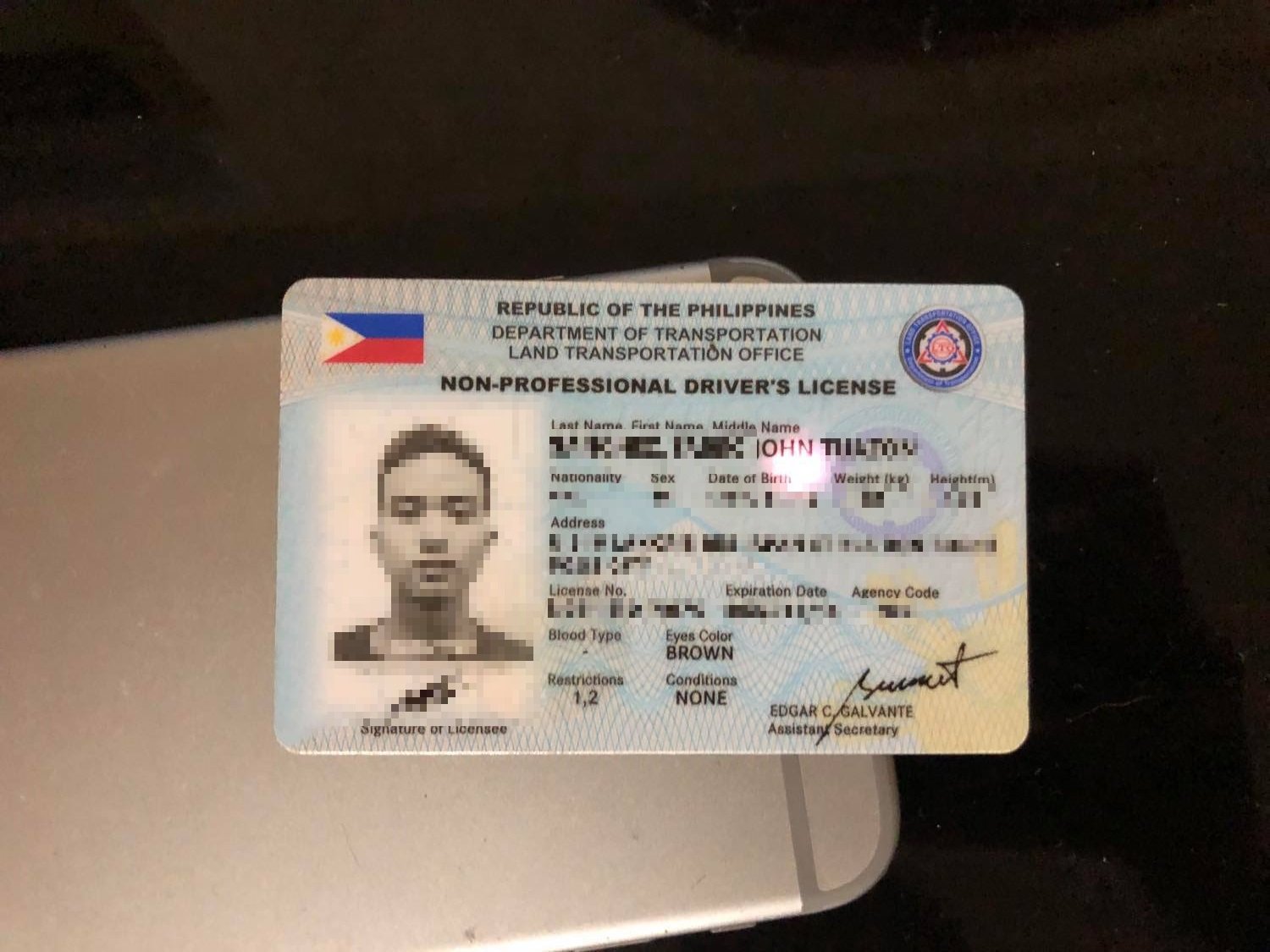 If you can spot the violet light, then you got the original LTO license

>>> Related: Ultimate guide on how to fill up the LTO Driver's license Application form

Adding this type of technology to the fake ones would probably make them more relatively expensive, causing them to defeat the purpose of acquiring cheaper licenses of just P500. The initiative of LTO to integrate this technology will surely help many Filipino reassure whether they got a fake or original driver’s license.

If you are still not convinced with the said method or you somehow don’t have a phone at the moment, the next one you try is to get a feel for the thickness of the card. For fake driver’s licenses, they are light and feel like they are prone to breakage. Original driver’s licenses, on the other hand, are thicker and firmer. You can grab the driver’s licenses of your friends and relatives. Use them for comparison. All LTO driver’s licenses must have the same thickness and stiffness. If you feel like one is lighter than the other, then you suggest to change it as soon as possible because driving with a fake license will cause more troubles.

The last method we can share with you for identifying a fake driver’s license is to check the seals. On the front part of your card, there is a seal located around License No., Blood Type, Restrictions, and the lower part of your photo.

The seal on the front part of your card should be clear when angled with a light. For fake driver’s licenses in the Philippines, this seal is not thoroughly clear. Again, try to grab as many driver’s licenses as you can have so you can use them for comparison. All LTO driver’s license must show the same amount of clarity of the seal.

Fake driver’s license is still being by some Filipino drivers as they also use these fake identities to evade certain traffic violations. Some even store numerous amounts of fake driver’s licenses just in case they get in trouble.

The violation of using a fake identity can found in the Republic Act No. 4136. According to the said act, no person shall make or use or attempt to make or use a driver’s license, number plate, and more in imitation. Violators of the act will receive imprisonment up to six months according to the Inter-Agency Council for Traffic. The Department of Transportation (DOTr) has also stated that violators shall receive a P3000 fine and suspension of driver’s license for one year after the fine has been settled.

Acquiring an original LTO driver’s license sure does take a lot of time and money. But if you think about it thoroughly, driving with peace of mind knowing you have the real deal is better than worrying that an office might pull you over at any time. You should avoid driving with a fake driver's license in the Philippines because the law is also not easy with violators.

Q: What is a fake driver’s license?

A fake driver’s license is used by some motorists to evade traffic violations or skip the hassle and cost of acquiring an original LTO license.

Q: How much is the fine for driving with a fake license?

According to DOTr, violators shall be imposed with a Php 3,000 fine and suspension of driver’s license for one year.

Q: How much is a non-professional LTO license?

You would have to pay LTO Php 800 for the license itself. However, there are still other factors to consider such as driving school which can be relatively expensive.

Q: How much is a fake LTO license?

According to some sources, a fake LTO driver’s license can be acquired for just Php 500. No wonder why they still exist.

Q: Can I be imprisoned for driving a fake license?

Yes, motorists who decide to drive with a fake driver’s license can be imprisoned for up to six months, depending on the findings.