Driving on slippery roads without ABS: 5 easy steps to follow

May 22, 2019 | Same topic: Let's Drive Smart!
When ABS comes standard on new vehicles, is there still room for conventional, non-ABS systems? Well, here’s a step-by-step guide on how to drive on slippery roads even without it.

Most of the cars produced these days are equipped with all sorts of tech and driver-assistive features. They are mostly designed to provide either a higher level of safety or greater comfort and convenience. One of the most popular and widely applied features present in most cars manufactured since 2010 is the anti-lock braking system (ABS).

It’s no secret how a slippery road can be a pain to drivers. The great news is that this is just what the ABS is made for. The added traction and control that ABS ultimately gives to the wheels makes driving on slippery roads an easy task.

However, what if your car doesn’t have ABS? Is there a way you could maneuver your vehicle out of harm’s way quickly without it? Philkotse.com finds out more about it.

ABS vs. No ABS

ABS means anti-lock braking system, a safety feature that acts as an anti-skid system. It is actually applied in all sorts of machinery – from aircraft to land vehicles such as cars, trucks, buses, and motorcycles.

This automated system uses the principles of two of the techniques that were once practiced only by skillful drivers for racing -- threshold braking and cadence braking.

In threshold braking, the driver controls the brake pedal pressure to use the full capacity of braking force exerted by the tires. Cadence braking, on the other hand, is a driving technique where the driver pumps the brake pedals. This lets the driver steer the car while braking on a slippery surface. ABS is a safety feature to counter skidding on the road

This was originally used to make an emergency stop on road surfaces where traction is limited. It reduces the chances of the vehicle to skid and slip. ABS uses these two principles and automates them. Since its widespread adoption in 2010, the feature has been providing drivers better braking and increased confidence on the road.

>>> Must read: All you need to know about ABS - Anti-lock braking system

2. Driving and Avoiding Obstacles without ABS

If you’ve never driven a car with ABS, it shouldn’t be an issue. However, if you've gotten used to driving a model with an effective anti-lock braking system, then you might find driving a car without ABS to be quite difficult in certain situations. The part where you “just drive" the car isn't such a problem. When there’s an obstacle and you need to hit the brakes immediately, stomp on the brake pedal with all your might. This will result in the locking up of all four wheels. Once all the wheels with brakes are locked up, you will begin to slow down at a dramatic rate. 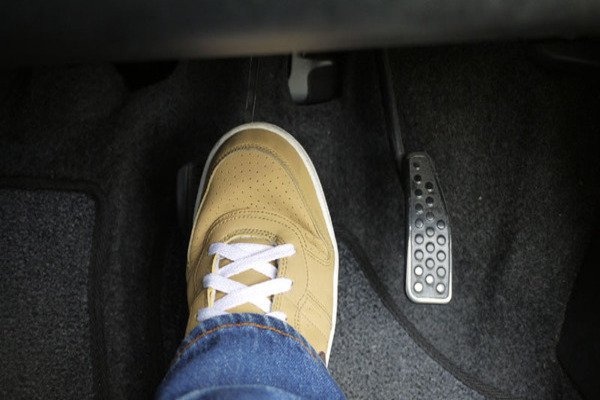 When there’s an obstacle and you need to hit the brakes immediately, stomp on the brakes with all your might.

Step #2. Release as much as you can

While stepping on the brakes, turn the steering wheel at just about one-fourth or one-half of a normal turn. If you steer harder than that, you could increase the chances of crashing into the obstacle you were initially trying to avoid. 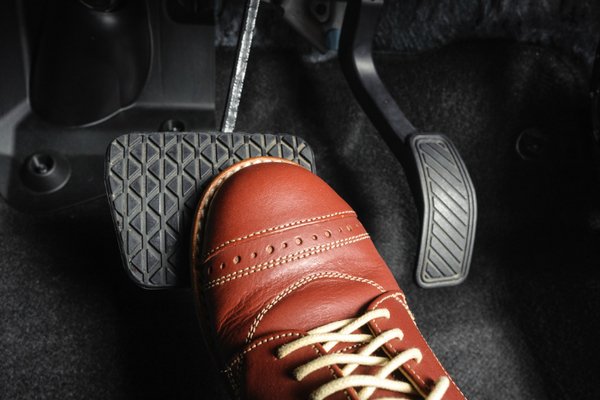 While stepping on the brakes, turn the wheel at just about one-fourth or one-half of a normal turn

Step #3. Focus on the direction where you want your car to go

Try your hardest to look at the direction of where you want to go. Most drivers who aren’t skillful in maneuvering vehicles without anti-lock braking systems would normally stare at the direction of the obstacle. Looking at the path where you should go would give you the mental stimulation to get your body to maneuver the vehicle to follow it.

So logically speaking, if you look at the direction of the obstacle, you are most likely to stare at it. This effect is normal. Being stunned while in the face of danger costs drivers a few seconds wherein they can alternatively use to get out of harm’s way. Sadly most just stare at the danger until they eventually hit it.

You may find “looking away from the obstacle” hard to do if you are already in the situation. So instead of focusing on the danger, shake your head and steer your vehicle to your planned escape route.

Your brain will disable all other matters like other factors on the road that may affect you, cars and collision, traffic and so on. Its first and primary objective will be to steer you away from the cause of alarm – which is the obstacle. 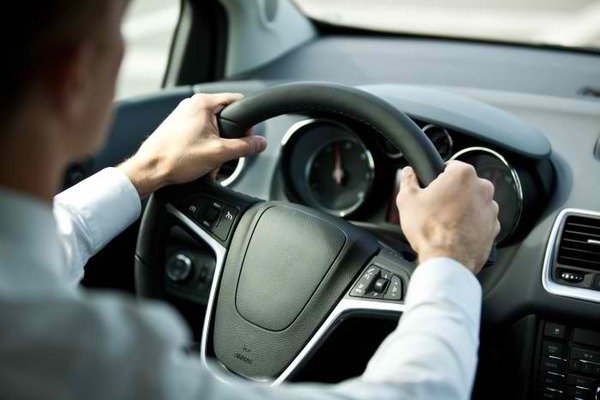 Once you’re free from that lamppost, bystander, signpost or whatever the road obstacle is, you can now calmly go back to your lane. You can apologize to other people on the road after doing Step 3 but make sure you don’t lose focus on the road.

You can continue on your way, but make sure that you keep your guard up in case there are other obstacles that you need to avoid. Keep your line of sight high and far across the road so you’re aware of potential harm even if it is still far away. More distance will give you more time to think about how you should react to the situation.

As soon as you drive back to your lane, stabilize the car by returning to your normal speed. If you are not in a hurry, continue driving with a speed of 40 to 50 kilometers per hour to stabilize your car’s condition.

Once your car has stabilized, your brakes should return shortly. You can then use it as you normally would -- like when you need to slow down or stop your vehicle completely.

>>> Follow Philkotse.com for more helpful tips and advice for your safe driving.