Automobiles are more sophisticated and functional than ever with new features that help your driving easier and safer.

Cars made the last ten years are different and with new features in car that make driving better and safer. Today’s generation of driver need to know what they are, and be aware of them.

For each generation the automobile changes according to the technology of the era it is in. For example, in the 70’s was the era of the muscle car and more innovation in car safety. As time moved on the miniaturization of technology has spilled out to more tech, especially for modern cars today on the road. Today’s auto has many technological innovations that crept into its design and has become invisible, as though it wasn’t there at all! These new car features have made driving easier and safer more than ever, to a point unlike the analogue cars of yesteryears which was a much simpler machine. Case in point is the further development of the unibody to fit all components of the car, without re-assembling the chassis unlike before. If driving was on your butt with simple tech, now the very cabin you sit has many features like the seat has many changes in their design. Another aspect of driving today compared to before is that electronic control over driving functions. A long time ago when cables mechanical controls were used for the cars functions.

The ascendency of computer controlled boxes married to the cars function from the engine, to the many passive and active safety systems in it. A modern auto has features that need to be understood to effectively manage all these new doodads. Many features are aids, but drivers must be familiar with them when driving.

What are these new features in car? These features that Philkotse.com introduces today are found in many kinds of vehicles but the most premium models have them, some cheaper models have some of these installed though. Now, here are new car features and what they do.

>>> You may like to read: Top most essential car safety features to have in your car

Its function is to keep the car stable under most circumstances, especially on slippery roads, gravel strewn paths that make the wheels lose contact to the ground. An example is a pick-up or any tall car with a high center of gravity, if offset can make it turn-turtle dangerously. Control over the four brakes and engine power so the imbalance is right and controlled in time, before disaster. Most SUV s and pick-ups have this installed, even on cars and compact crossovers which use this system. As of now, it isn’t in most sub-compacts most premium SUV s and the Chevrolet Spark 2018 has it installed. 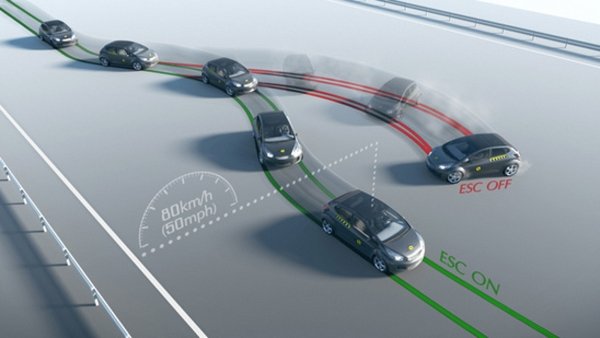 Its function is to keep the car stable under most circumstances

Collisions on the road happen when the driver is distracted or falls asleep on the wheel which can be fatal in some cases. This automatic system will use sensors mounted on the frontal part of the vehicle activate the AEB is the driver does not respond in time. Usually the system will warn with sounds and feedback, until the driver wakes up and brakes. At the last second before impact the AEB will stop the car, and other SRS restraints will follow suit. Many vehicles are fitted with this system, especially SUVs and top of the line models as standard equipment. So far, in the Philippines few vehicles like top of the line SUVs have this or luxury car brands. Many vehicles are fitted with this system, especially SUVs and top of the line models as standard equipment

A innovation that uses “radar waves” to detect any car in front and adjust the speed to keep a safe distance. Usually cruise control will keep the car on an even speed but cannot adjust, but ACC is an improvement over it. This is best used on the freeway when driving at speed and automatically adjusting distance will be much safer. Standard cruise control on its own will need the driver to check the what’s up front, with the adaptive cruise control is much safer to use. Sometimes misjudging distances is human error, this corrects it and avoid accidents. An upgrade over the rear parking sensors that uses magnetic or ultrasonic systems when backing up to avoid obstacles. The parking cam is pointed toward the rear of the vehicle, also uses ultrasonic waves to warn the driver when backing up. The rear is projected on a screen with guidelines for better precision too. This will be very useful for those with difficulty backing up because it is not easy for everyone. Modern cars equipped with this makes it easier and when it is dark it helps avoid unseen objects. Most models in the Philippines have it equipped not just the luxury vehicles or SUVs. The parking cam is pointed toward the rear of the vehicle, also uses ultrasonic waves to warn the driver when backing up 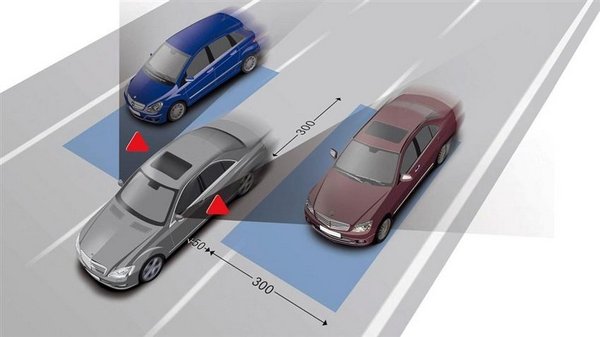 The BSM keeps track of the pesky blind spot of the side view mirror, which most drivers don’t notice when driving

This is like systems the AEB and ACC which uses radar and other sensors to detect possible collision. It sends radar waves to detect if an intersection is clear or not. What it does gives another safety net to avoid another cause of auto-collisions to save lives. This uses the same sensors as AEB system. This is one mode of braking control that is precise and is an improvement over the “anti-lock brake system” which is standard equipment for most autos even years back. When traction needs adjustment, it controls the application of brakes on all four wheels always for better control. This keeps the car on an even keel with our skidding or sliding out of control. One of the new features in car that is very useful too. Conclusion: How vital are these new features in car?

Modern cars have made driving easier and less intensive that before because all these features are effective safety nets when driving. I omitted adding air bags because they aren’t stand-alone but connected to other car systems. Older cars had a crude version of some or a none of these new features in car, but modern cars will need more familiarization than ever. Even with all the innovative features, drivers still must contend with human error because it can’t be avoided. In a sense, these features aren’t the last but more will come, so knowing these is important.