Peugeot is one of the biggest French carmakers in Europe since 1820. It is under Groupe PSA who also manages other car brands such as Opel, Citroen, Vauxhall, and DS. As of 2022, Peugeot Philippines is now under the management of Astara, one of the largest automotive distributors in Europe and Latin America.

Locally, the Peugeot lineup consists of the 5008 seven-seater crossover, the five-seater 3008 compact crossover, and the seven-seater Traveler minivan. The most affordable model is the 3008, specifically its 3008 Active THP 1.6 AT variant that's priced at Php 1,890,000.

At Philkotse, we provide the most updated Peugeot Philippines Price list for 2023. We update this on regularly, and we can also provide estimates on car financing. Beyond that, we also list the hottest car promos ranging from cash discounts, downpayment promos, and the lowest monthly amortization promos.

Peugeot is one of the biggest French carmakers in Europe since 1820. It is under Groupe PSA who also manages other car brands such as Opel, Citroen, Vauxhall, and DS. The family enterprise headed by Armand Peugeot was founded in 1810 and initially focused on producing coffee mills and bicycles.

Gottlieb Damier, the inventor of high-speed liquid petroleum-powered engines, had a meeting with the company to introduce the idea of building automobiles.  In 1889, they released a steam-powered, three-wheeled car but only 4 were launched as it was bulky.

In 1890, they produced a four-wheeled vehicle that runs using a gas-fuelled engine. It was a success as 300 were built by 1899. The company is notable as the first manufacturer to use rubber tires in their vehicles.

Through the years, Peugeot became one of the most consistent providers of compact, sporty cars that are a breeze to drive. Some of their notable models include:

Starting on 2022, Peugeot Philippines is now under the management of Astara, one of the largest car distributors in Europe and South America. This brand's world-renowned line-up, you may visit Peugeot dealerships in Peugeot Alabang, Peugeot Pasig, Peugeot Quezon Avenue, and Peugeot Cagayan De Oro.

If you’re looking for a more convenient way to browse Peugeot cars, go online, and visit Philkotse.com. The user-friendly site offers an extensive array of models from this French car brand. See below for a complete price list of Peugeot cars in the Philippines, complete with spec sheets for each model variant.

The Peugeot 2008 is the French automaker's entry into the local subcompact crossover market. It's sole variant in the local market is the 2008 Allure 1.2 Turbo AT, which is priced at Php 1,635,000. Under the hood is a 1.2-liter PureTech turbocharged gasoline engine good for 130 horsepower and 230 Nm of torque. As standard, the engine sends power exclusively to the front wheels via a 6-speed automatic transmission.

The 2023 Peugeot 3008 Philippines  is a five-seater compact crossover SUV. Under the hood is a 1.6-liter inline-4 gasoline engine equipped with a twin-scroll high pressure turbocharger. It is then paired with a six-speed automatic gearbox. With that setup, the 3008 can produce up to 165 horsepower and 240 Nm. Power is then sent to its front wheels.

Locally, the 3008 competes against the Hyundai Tucson, Toyota RAV4, Honda CR-V, and the Kia Sportage, among others.

The Peugeot 5008 is a seven-seater crossover sold by Peugeot Philippines. Locally, its sole variant, the 5008 1.6 Allure THP AT, is priced at Php 2,340,000. It also has four different color options.

Under the hood of the Peugeot 5008 is a 1.6-liter turbocharged gasoline engine. At maximum, it can produce up to 162 horsepower and 245 Nm of torque. Power is then sent to its front wheels through a six-speed automatic gearbox with paddle shifters.

Locally, the Peugeot 5008 competes against the likes of the Honda CR-V, Mazda CX-8, Hyundai Santa Fe, among others.

Under the hood, the Traveller for the Philippine market uses a 2.0-liter BlueHDi diesel engine. This four-banger can make up to 150 horsepower and 370 Nm of torque. The said engine is then paired with a six-speed automatic gearbox.

Locally, the Traveller competes against the likes of the Toyota Hiace Super Grandia, Hyundai Grand Starex, Toyota Alphard, Mercedes-Benz V-Class, among others.

Peugeot is originally a French automaker. A Peugeot museum and big manufacturing plant are still located in Sochaux, France.

Is Peugeot a luxury car brand?

This largely depends on which country the brand is from. French auto brands are normally not viewed as “luxury.” However, Peugeot does offer a range of luxury vehicles in its lineup, such as the 508 SW and 508 Fastback.

What kind of vehicle does Peugeot offer for the Philippine market?

Peugeot PH is holding a raffle for those who have purchased a brand-new Peugeot. Winners will then get an all-expense paid trip to see the 24 Hours of Le Mans.
Peugeot Philippines is still on a high after its record overall sales in 2022, offering more services for 2023 as part of its high-level priorities.
Peugeot Philippines revealed that it had a record year by achieving a 285 percent sales growth last year, driven by the 2008, 3008, 5008, and Traveller Premium.
Peugeot has unveiled the Inception Concept, an all-electric concept car that embodies the brand’s vision for its future EV models.
Peugeot Philippines announced the opening of two new dealerships in the Visayan region, namely in Cebu and Negros. A chance to witness the greatest endurance race on Earth. 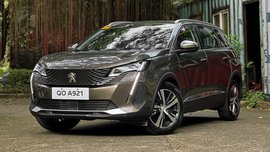 This comes with all new Peugeot cars purchased starting January 2023. The Lion brand wants to further expand its dealer network in the country this year. The mark of a new era for the Lion brand. 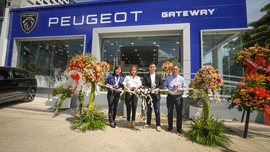 The French lion brand is ending the year with a bang.