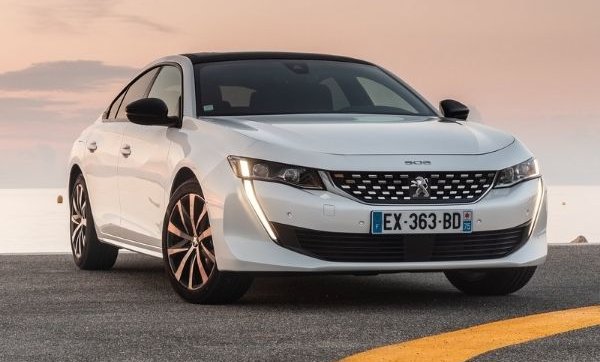 The 508 is a family car produced by Peugeot, a French automaker. It replaced the two models of Peugeot, the 407, and the 607. It has the same platforms as well as its engine options with Citroen C5s second generation. The two vehicles were created at the same time at the Rennes Plant and Wuhan, China plant for the China market. The latest generation of the 508, 508 SW, and RXH launched at the end of 2015. The front of the vehicle had a new design with full LED headlights. Latest engines were introduced just like a new engine for the RXH with front-wheel-drive. The latest second generation of the 508 got the “Most Beautiful Car of the Year 2018” award on January 29, 2019 that was held at the Hotel Invalides, Paris. The Peugeot E-Legend won the “Most Beautiful Concept Car of the Year” at the International Automobile Festival. Peugeot chose to place the ‘508’ badge on the top edge of the hood as a recognition to the 504 which is the spiritual successor 50 years ago.

The Peugeot 508 was introduced in October 2010 by Peugeot, a French automaker. The 508 got a facelift in November 2015. It got a vertical grille, and a Peugeot lion was included in the middle of the new grille.

The Peugeot 508 is a car that can accommodate a driver and passengers comfortably. The car has an attractive design that’s thin, dynamic, and classy. It had a total revision to offer extra power as well as personality. The front features a lighting signature that is highlighted by LED technology. It gives the car an expressive look. A device that will definitely make a car look “Peugeot.”

The rebirth of the 508 can also be seen in the rear part of the car. The bumper got a new design that showcases the dark yet clear structure while underlining the importance of its protective features. At the back end of the 508, the three horizontal lights appear like claws. This underlines the feline allure of the vehicle.

The interior of the 508 presents driving enjoyment and relaxed passengers. It has a classy design found in a Peugeot 508. The interior is designed with top-of-the-line materials that bring comfort and enjoyment. The cockpit is technologically advanced with a thin dashboard style with a 7-inch touchscreen.

The upholstery and decorations are made in sophistication with shades of chrome, satin black, glossy black, and leather. The interior of a Peugeot 508 speaks of elegance without having to be showy about it.

The Peugeot 508 features the following: reverse parking camera, parking aid and blind spot check system, a color head-up display, six airbags (2 in front, 2 on the side, 2 front, and rear curtain airbags), and an electric parking brake that incorporates two functions: it engages every time the engine halts, and it automatically releases as the car accelerates.

It also has ESP or Electronic Stability Program that detects and reduces the loss of traction, keeping the tires from skidding. Also included on the safety features are ABS or Anti-lock Braking System, ASR or Anti-Skid Regulation, EBV and CBC or Electronic Brake-Force Variation, EBA or Emergency Braking Assistance, MSR or Motor Stall Regulation, and Intelligent Traction Control.