Japanese drivers can experience the superb Toyota Corolla Sport 2019 next year with a variety of modifications specially designed for Asian market. While headlights have been changed to their plain formats, “T” logo is removed to make way for the legend “C”.

Also built on the brand new TNGA architecture, this model can have a turbocharged 1.2L engine or 1.8L hybrid, instead of the 2L inline-four Dynamic Force engine as its counterpart in America. Both versions are equipped with CVT, including 10 simulated items.

Based on Japanese driving conditions and road features, Toyota Corolla Sport 2019 is installed AVS (Adaptive Variable Suspension) for smoothier adjustment of wheels. The turning radius of 5.1m  is another bonus point this model brings to meticulous drivers.

>>> Learn everything about the Toyota Corolla Altis Philippines 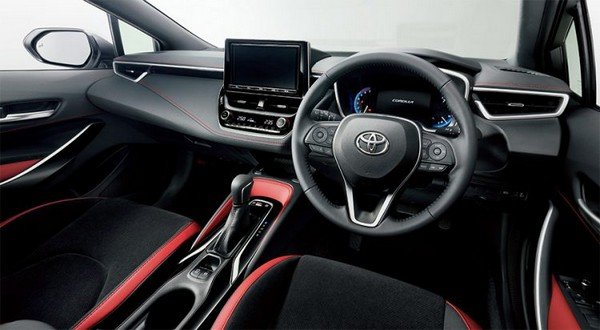 Inside the compact Corolla

Neighboring markets namely Philippines can hopefully get the chance to add this model to its local Toyota new car lineup soon, when it’s released in Asia. But for now, let’s have a look through the compact in video below: