Chevrolet has so far launched a special edition of its renowned pickup truck Colorado named “Chevrolet Colorado Centennial Edition 2018” on the occasion of celebrating 100 years of manufacturing trucks. The special version, reportedly, comes into standard features of conventional Chevy trucks, but will play a dominant role in the lineup by a host of superior qualities. To commence with, the Centennial Edition exterior maintains dark bow-tie emblems on the front and the rear. In particular, you’ll be impressed with the “100-year” Chevy badges on the front doors, which also differentiates this version from others. As claimed by the Bow Tie brand, those badges are inspired by early trucks colors and design. 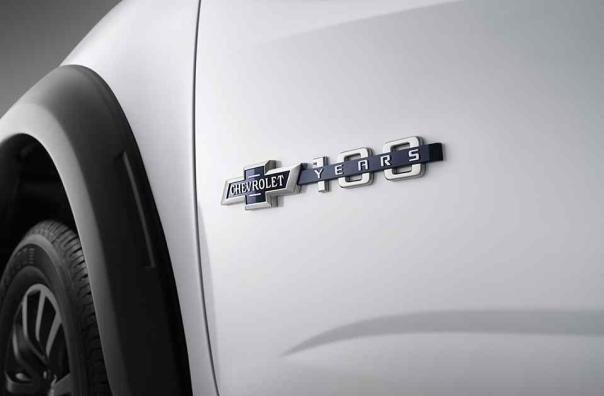 Other visual refinements consist of matte fender flares, black sports bar and side steps, black graphics on the bonnet, a new bedliner and 18-inch alloys. 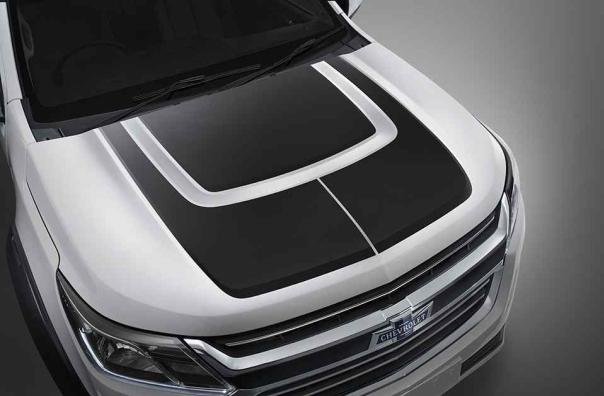 The new pickup receives black graphics on the bonnet 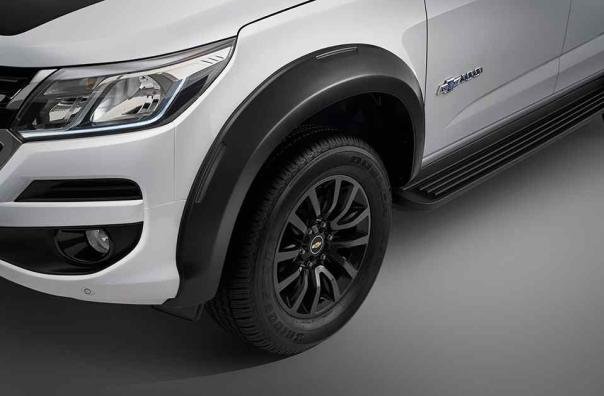 Stepping inside, the Centennial Edition cabin is quite similar to the range-topping LTZ Colorado with full of amenities such as leather upholstery, MyLink 8-inch touchscreen infotainment system compatible with Android Auto and Apple CarPlay, cruise control, automatic wipers, automatic climate control system as well as reverse camera with parking sensors. 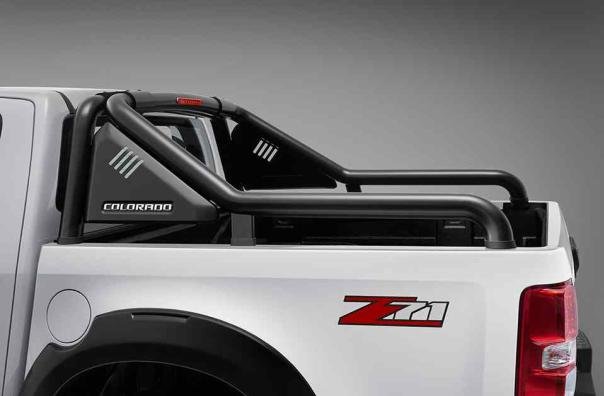 It also comes with many other visual refinements on the outside

Safety-wise, all standard features are equipped. So, don’t be shocked by the very long list below:

Motivating the special Colorado is the existing 2.8-liter Duramax 4-cylinder turbo diesel engine benefiting from a VGT (Variable Geometry Turbocharger). The mill can produce 200 PS @ 3,800 rpm and a max torque of 500 Nm @ 2,000 rpm. Power is all fed to the four wheels via a 6-speed automatic gearbox.

Being a special edition, it comes as no surprise when the Chevrolet Colorado Centennial Edition 2018 will be offered in limited numbers and especially, in only one color – the Summit White. As to the price, it’s expected to retail for P1,848,000. While waiting for the official price to be announced, let’s refer to the current price of the Chevrolet Colorado 2017 in the Philippines:

According to latest car news, after being shown off at Chevrolet showrooms nationwide on November 30, the new pickup will continue being on display at the Chevrolet Motorama 2017 at SM Megamall from that day till December 6, 2017.