2021 Honda City hatchback debuts in Thailand. Is the Philippines next?

Apart from the rear end, the City hatchback is nearly identical to its sedan brother

After reading a lot of online rumors about it, you’ll probably be excited to learn that Honda has finally launched the Honda City hatchback in Thailand.

2021 Honda City Hatchback: Will this replace the Jazz in the Philippines? | Philkotse Quick Look

It uses the same platform as the current Philippine-spec and Thai-spec Honda City, and no, it doesn’t look anything like the new Jazz that’s currently available in Japan.

As hinted by the leaked patent images, the City hatchback pretty much bears the same overall exterior design as its sedan brother. The front fascia, as well as all the parts up to the B-pillar are the same as the sedan version. Being a hatch, however, the rear is a total departure to the design of the City. For starters, the rear tail lamps jut out further and looks totally different from the ones on the City sedan. The rear bumper also looks different, but there are similar elements like the pair of reflectors on its sides. It’s also a lot slanted than the sedan’s rear window, but the bumper is still very angular. 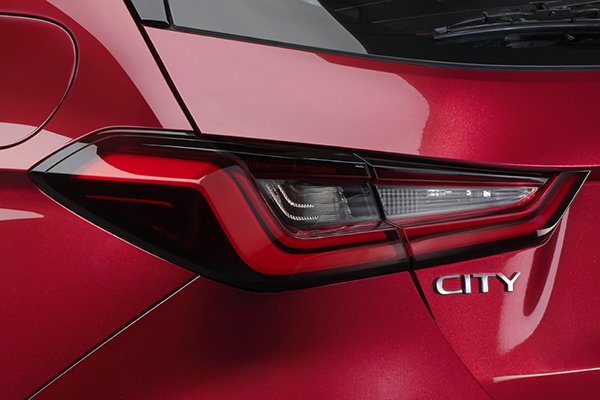 Just like the Honda City RS and the Thai-spec RS Turbo, the City hatch variant is equipped with 16-inch alloy wheels, LED headlights, LED front fog lights, LED taillights, and LED daytime running lights. It also has a roof-mounted rear spoiler, as well as a shark-fin antenna up top.

Also, the City Hatchback RS Turbo is slightly longer than the lower-spec City hatch variants at 4,349 mm due to its beefier front fascia. As with the exterior, the interior arrangement looks similar to the Honda City. It can still comfortably fit five people, all the seats are clad in leather, and the dash still bears an eight-inch touchscreen with Apple CarPlay and Android Auto.

The largest difference however is that the rear compartment can now be accessed from the rear seats. It is, after all, a hatch. This provides an airier interior feel than the sedan. Inside the City Hatchback, you'll find that it doesn't deviate much from the sedan version

We’re also certain that fitting in larger cargo on the trunk is now much easier with this body type. This is because when the rear seats are folded flat, it provides a slightly wider, contiguous flat surface than that of the sedan version. At the same time, the rear seats can also slide further backward to provide even more legroom.

>>> Related: 2021 Honda City: Expectations and everything we know so far The highlight of the Honda City Hatchback is its rear end

It also has cruise control, a push to start button, the Honda Smart key System, automatic air-conditioning with rear vents, telescopic and tilt-adjustable steering wheel, as well as a reverse camera.

For the version launched in Thailand, the City hatchback gets only one engine option. It’s the same turbocharged three-cylinder engine found on the City RS Turbo, and it can make up to 122 horsepower and 173 Nm of torque.

On that note, we’re expecting the City hatchback to get the 1.5-liter inline-4 mill found on the current PH-spec City. That is, if Honda Philippines decides to introduce the hatchback version locally. Do you want to see the Honda City Hatchback locally?

If Honda PH introduced the City hatchback locally, we’re guessing that it will mirror the specs of the 2021 Honda City available here. That said, its price might sit a bit lower compared to the Thai-spec versions due to its simpler naturally aspirated engine.

However, it still might come with a higher price tag than the locally available City just like in the Thai market.

As we’ve said before in our previous 2021 Honda Jazz article, there’s also the possibility that the City hatchback might replace the current Philippine-spec Jazz instead of the new Jazz/Fit currently available in the Japanese market. Historically, several models of the Jazz prior to the current Japanese-spec Jazz/Fit were indeed based on the City, and that might happen once again for our market. For this to come true though, it all hinges on whether Honda Philippines will bring the City hatchback to the local market or not.