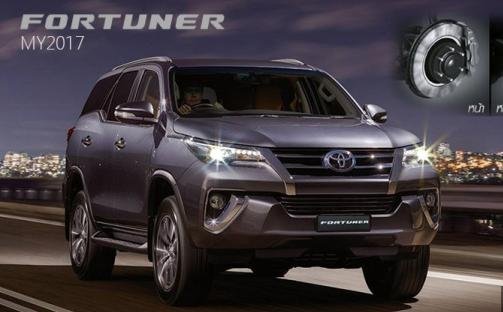 Toyota will soon update the feature list of the 2017 Toyota Fortuner
The base Toyota Fortuner G trim level is fitted with rear disc brakes and standard silver-finished sideboards. Meanwhile, the V and TRD Sportivo variants will feature LED fog lights and electric seat adjustments for the front passenger. The Fortuner 2.4 V, the best-selling variant of the Fortuner now comes with a 4WD option with auto start-stop, A-TRC traction control, cruise control and a hill assist system as well.

The base Toyota Fortuner G trim level is fitted with rear disc brakes and standard silver-finished sideboards
>>> If there was an award for the car with the most unfortunate name, it would definitely go to the Toyota Isis for sharing name with a deadly terrorist group. Click here for more details.

The Thai-spec 2017 Toyota Fortuner can be available in three engine options: 2GD-FTV 2.4L diesel engine, 1GD-FTV 2.8L diesel engine and 2.7L Dual VVT-i petrol engine. The 2GD-FTV 2.4L diesel unit pushes out 150 hp and 400 Nm of torque. The second engine option offers a higher output of 174 hp and 450 Nm of torque. And the petrol engine churns out 166 hp and a peak torque of 245 Nm. Only the 2.4L variant has a 6-speed manual transmission as standard, the rest of the engine options will be mated to a 6-speed automatic gearbox. 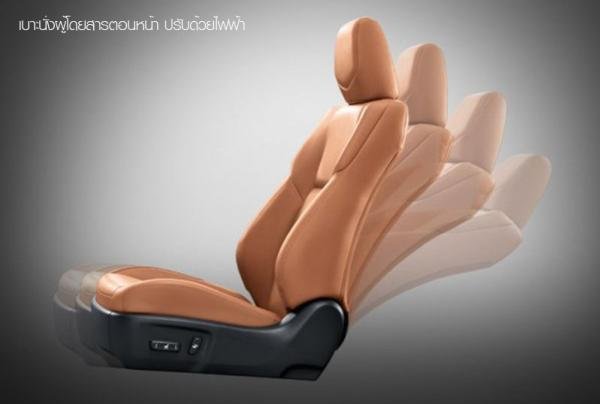 Toyota Fortuner VS Isuzu MU-X: Can The New Comer Take On The King?