Toyota Prius 2019 will get refreshment in both engine and design!

Toyota has officially unveiled the newest addition to one of their most patronized line up of car models - the Toyota Prius 2019. This took place at one of the most prestigious events for car enthusiasts all over the world, the 2018 Los Angeles Auto Show. Here, they revealed the major addition to the model as well as other minor touch-ups that the manufacturers came up with.

What's Under the Hood?

The Toyota Prius 2019 still receives the horsepower from its four-cylinder engine with a 1.8-liter capacity. This roaring engine is aided by an electric motor for better efficiency. The engine alone can produce about 99 PS and 142 Nm of torque. The electric motor that serves as a helper produces an additional 72 PS along with 163 Nm of torque.

The rear electric motor remains disconnected from the engine via a clutch pack or driveshaft. It helps to deliver better grip in cases where the road may be uneven or slippery. The rear motor can deliver extra traction whenever necessary even at the speeds of 70 km/hr. Since it's electric, it's bound to consume energy; this is where the unique set-up of the forthcoming Prius 2019 saves the day. It's built to automatically run the rear electric motor and then turn it off again when it recognizes that the main engine is doing fine. The new Prius 2019 still receives the horsepower from its four-cylinder engine with a 1.8-liter capacity

The minor touch-ups were initially to give the car a milder, calmer look. This, however, does not lower the appeal of the car in any way. 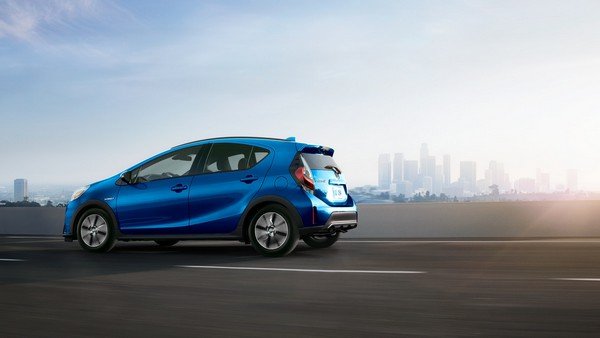 Indeed the Toyota Prius 2019 is looking fresher than its predecessor. It's new AWD capability is also a great addition. We wonder in what ways will Toyota make their next release better.

According to the latest car news, refreshed Prius 2019 is predicted to hit the US showroom. The Philippines and other markets will follow soon. Also, no word on price is yet announced, but let's check out the newest price of the Toyota Prius 2018 in the Philippines for your further reference:

Toyota Motor Philippines brought one of the first hybrid hatchback in the country with the nameplate – Toyota Prius. This hybrid hatchback is globally known for being a safe, comfortable, and environment-friendly vehicle that possesses distinct design. It is easily recognizable by car enthusiasts and car buyers. The all-new 4th generation Toyota Prius is now wider, longer, and lower than its predecessor. It features a more futuristic and dynamic styling. The interior of this hybrid hatchback is dominated by white leather. The multi-information display mounted at the center of the dashboard accentuates the interior’s white leather. The JBL touchscreen head unit provides entertainment for the car's occupant, and the automatic climate control takes care of comfort in the cabin. Toyota Prius is also equipped with Vehicle Stability Control, Anti-lock Brake System, Traction Control, Immobilizer, and seven SRS airbags – all come as a standard. Toyota Motor Philippines offers the Toyota Prius in 1.8L four-cylinder gasoline engine and Hybrid Synergy Drive electric motor engine. The engine is mated to an Electrically Controlled Variable Transmission (CVT) with ECO and Power Mode settings. According to the Japanese carmaker, the all-new 1.8L Toyota Prius hybrid can deliver an impressive 40 kilometers per liter.