Toyota’s long-standing reputation for making robust and reliable cars is legendary. Just look at the number of Corolla, Hilux, and even Land Cruiser units sold worldwide. But even with its more performance-oriented models, Toyota might not be a name that readily comes to mind when mentioning hypercars – until now. The automaker has lifted the veil off its GR Super Sport. Well, sort of. As part of its ongoing development process, the hypercar was recently brought in at the Circuit de La Sarthe for the 88th Le Mans 24 Hours endurance race. The prototype mule remained hidden underneath a GR camouflage livery while sporting a custom convertible body style, running a demonstration lap with former Toyota Gazoo Racing driver Alex Wurz at the helm.

There is one common thread connecting the GR Super Sport and Le Mans: the TS050 Hybrid race car that scored three-peat endurance wins in 2018, 2019, and 2020. Packing 986 hp between its longitudinally-mounted 2.4L twin-turbo direct-injection V6 and onboard electric motor, the car set a lap time of 3 minutes 14.79 seconds on the Le Sarthe course in 2017, a record that stands to this day. After running a demonstration lap, the hypercar took part in the ceremonial trophy turnover before the race

By winning this year’s Le Mans race, the TS050 takes a bow, as the LMP1 class it conquered for three straight years will be superseded by the new Hypercar category for the World Endurance Championship's 2021 season onwards. As one of the carmakers responsible for this development, Toyota will be fielding the GR Super Sport in the new class, which stipulates that a race car will need to spawn a minimum of 20 road cars in order to be eligible.

The hypercar runs on the same 2.4L twin-scroll V6 and electric motor setup which propelled the TS050 to victory. Wurz draws similarities between the Super Sport and the prototype that inspired it, particularly the hybrid powertrain and all-wheel-drive system. “It was an honor to drive this development version of the GR Super Sport for the first time in public, and especially at a circuit like Le Mans which is closely connected to this car,” he said. “This was my first time to drive the car…but I could already feel that the GR Super Sport has the potential for incredible performance.” 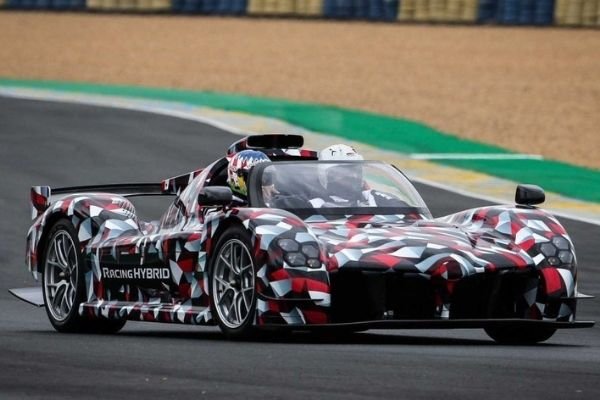 Toyota has not released additional details on the eventual production version, only saying that “the GR Super Sport epitomizes Toyota Gazoo Racing’s commitment to use motorsport to make ever-better road cars for the enjoyment of customers, and it symbolizes the ever-closer relationship between Toyota Gazoo Racing race and road car products.”

Hyper about cars? We’ve got you covered at Philkotse.com.