Forget usual car designs, the top 10 below will blow your mind.

A car is such a regular thing which you might sketch a picture of it without hesitation: 4 wheels,  a pair of rear mirrors, a couple of headlights, etc. However, have you ever given a thought of an extraordinary car with some weird details and parts? If not, all that you need is reading this article because it will illustrate the most exotic cars you might barely see in the daily life.

Because of their specialties, their quantity available on market is small: normally less than 10 in all over the world. Plus, their designs, low speech or three-wheeled outlook for example, are not allowed them to drive on all types of roads.

Now, keep all your eyes on the list below if you do not want to miss the most fascinating car designs. The 1948 Tasco, belonging to The American Sports Car Company, was designed by Gordon Buehrig.

You do not need to pinch yourself because its design is real. Tasco was regarded as a plane car because of its long-front hood. Another eye-catching feature is that the fenders did not attach to the body part like other models. Instead, it was separate, enabling drivers to turn as their desire.

One shocking news is that General Motors had used the Tasco on the 1986 Corvette and the inventor-Buehrig sued this company for copying his idea. Finally, Buehring got compensation for his patent. 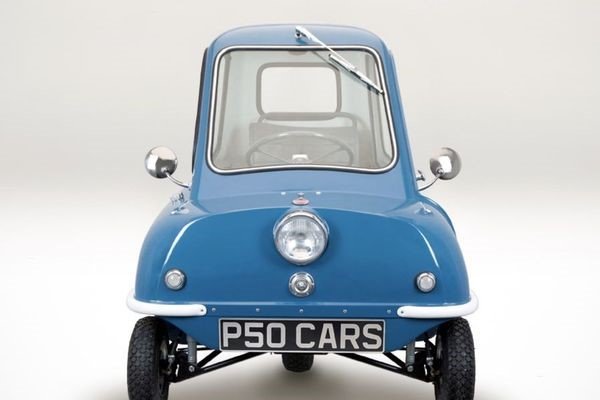 It is a three-wheeled car with only one headlight, which can use in both indoor and outdoor. In addition, Peel P50 has held the Guinness Book of World Records’ title for over 50 years. Because of its small size, it can only carry one driver without back sits.

The very car was manufactured on the Isle of Man in the 1960s by the owner of Peel Engineering Company - Cyril Cannell. The last time when fifty Peel P50s made was in 1964.

Recently, one of the last remaining 1964 Peel P5O has been gone up for auction with an incredible price of over $120,000. And the lucky owner is Jeremy Clarkson - a broadcaster. ETV stands for the Extra-Terrestrial Vehicle

This perfect vehicle might attract your attention at first sight since its short name ETV stands for the Extra-Terrestrial Vehicle. From my personal point of view, its design reminds me of a ray with the smooth skin and breath holes on the top.

The design is likely to dedicate to the future car when the engine is a 2.0-litre turbocharged four-pot petrol. Also weird in this car are its upward doors. 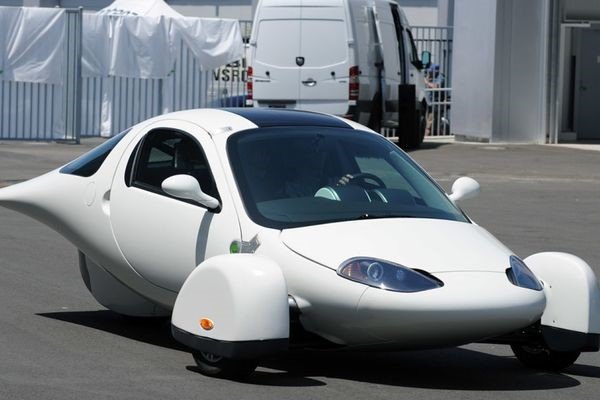 APTERA TYP-2E was still an electric vehicle, but it directed to a plug-in hybrid one

Does it look like a small helicopter or a car when you just come across it? I suppose it's much like a helicopter or a toy rather than a car. How surprising that it is actually a car. This car has three wheels and two doors. Prior to being transferred to a company in California in 2010, it original name was the APTERA TYP-1.

Besides its attractive appearance, the APTERA TYP-1 was the first battery electric car ever. It owned an incredible acceleration. Accordingly, it could speed up from 0 - 97 kmph within less than 10 seconds. The next generation, APTERA TYP-2E was still an electric vehicle, but it directed to a plug-in hybrid one. A common thing between these two vehicle is the prices which fluctuate from around US$20,000s to mid-US$40,000s.

Unluckily, the manufacturing process temporarily stopped, and those depositing for it already could get the money back. From 1989 to 1991, Nissan S Cargo derived from the Japanese company - Nissan. This exotic car was a small van following retro style. Nissan had been criticized for their purpose of making the S Cargo as ugly and odd as possible. And it seemed that the brand achieved their ambition when its vehicel was on top 50 ugliest car in the world.

However, it was for reservation solely, not marked the Nissan brand, and was sold at Japanese market only. 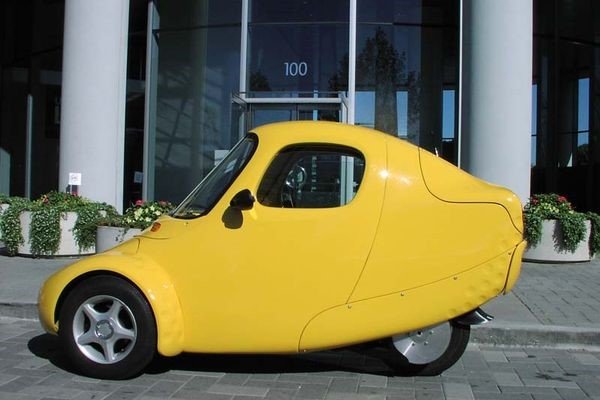 It should have evanesced, but now it is back under the name Myers Motors NmG. Corbin Sparrow. This electric vehicel was made for use in the city only with one seat and three wheels. Its look is definitely odd but cute to some extent. Comparing to a motorbike, the Corbin Sparrow yields more benefits. When the size is equal, it can haul more stuff than you expect. In terms of shape, it resembles a fat, short yellow banana. Bond Bug was designed by Tom Karen after Bond and Reliant got married.

Bond Bug was designed by Tom Karen after Bond and Reliant got married. It is known that Reliant and Bond companies produced cars together, but the Bond Bug was invented by Reliant only because the company wanted to create something absolutely different from familiar cars. This car was a prototype of a new car, designed by the son of Ettore Jean on a special occasion - the 1935 Paris Motor Show. One of the points that made Bugatti Type 57s Aérolithe impressive and unique at that time was the super-light magnesium bodywork. The flawlessly shiny paint and a long-hood design exhibited its class. Not only that, both of its operation and appearance made itself well-known.

Nowadays, Ralph Lauren is such a lucky man when he owns the Bugatti Type 57SC Atlantic - the limited edition with only two available units in the world. For his one, it is estimated to cost over $40 million. Norman Timbs Special was an incredible streamliner, designed by Norman E. Timbs whose design style is simple but extremely good. One of the cars making his reputation were the "Blue Crown Specials".

In truth, the Norman Timbs Special was inspired by different Pre-World War II race cars inclusive of the Mercedes-Benz W25 Avus Grand Prix cars measuring only 47 inches in height, a 117-inch wheelbase along with an impressive length of around 17 feet. 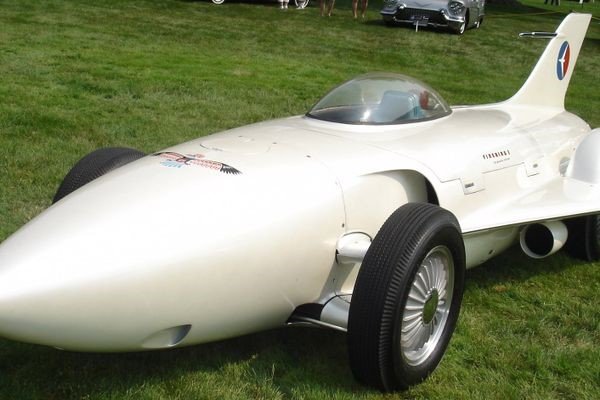 The man coming up with the General Motors Firebird I design was the GM Styling Vice President -  Harley J. Earl. Frankly, the General Motors Firebird I seems like a small jet at first sight, but it doesn't. This exotic car was regarded as the very gas turbine automobile which was designed and experimented in the US. Due to the design, it is unlikely to make sense when you drive it around the town, but its strange look urges me to find more about it.

>>> Click to catch more latest car new in the world