This is the Hyundai Prophecy, and it might be the next Ioniq

Updated Oct 14, 2020 | Same topic: Automotive Industry Updates
You could be looking at the next-generation Ioniq.

Hyundai has reportedly approved its Prophecy concept for production, following positive feedback from car fans. The all-electric sedan is widely believed to be the successor to Hyundai’s current Ioniq range, which offers electric, hybrid, and plug-in hybrid versions.

According to Hyundai global design boss SangYup Lee, the production Prophecy will be preceded by the retail version of the carmaker’s 45 electric SUV concept.

Both vehicles will use Hyundai’s scalable Electric-Global Modular Platform (E-GMP), which mounts batteries in the floor to increase interior space. Each model, however, takes styling cues from different periods. Lee adds that the upcoming vehicles won’t have identical front ends, unlike the current practice among car brands. Instead, he says, a common thread between future models will be achieved using specific elements. For instance, both the Prophecy and 45 concepts employ ‘pixel lamp lights,’ external lighting arrays composed of square LED lights that can be animated.

Hyundai is looking at a 2021 release date for both the 45 and Prophecy production versions. Latest updates on upcoming Hyundai cars can be found in our Complete guide to the Hyundai Philippines' local lineup. 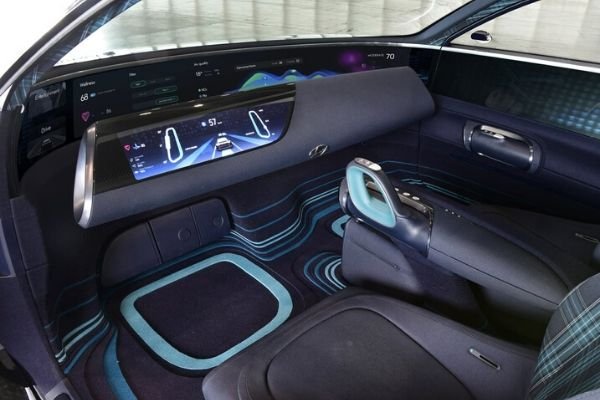 Fill up on the latest car news with Philkotse.com.