Could this also be the interior layout of the next-gen WRX?

Arguably cars are now getting techier than ever, and the leaked interior images of the 2021 Subaru Levorg is one proof. From the looks of it, the all-new Levorg will be getting a massive touchscreen display at the center of its dashboard.

Japanese website Creative311.com published the leaked images online. It seems the leaked photos came from a brochure that could already probably be sitting at Subaru dealerships in Japan since the all-new Levorg is reportedly available for pre-order starting August 20, 2020. 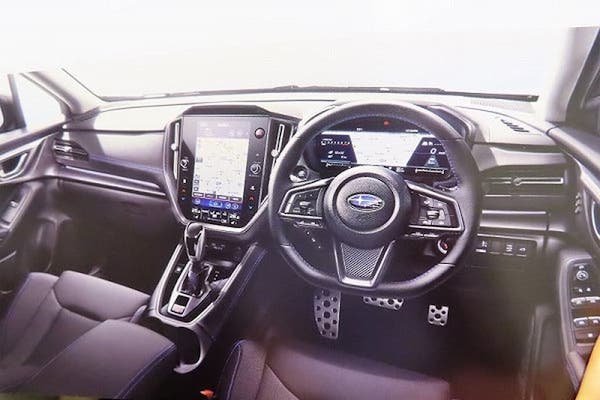 That large touchscreen is definitely an attention-getter

The images hint that the Levorg’s dashboard layout is not short in tech as it is equipped with a massive multimedia touchscreen. The said screen also suggests that it comes with satellite navigation.

You also have to take note the screen forgoes the conventional buttons and controls that we typically see on the dash. The majority of in-car controls are now integrated into the touchscreen except for some such as the hazard lights and audio control knobs.

On the other hand, The aircon vents in the middle are slim and come in a vertical finish. 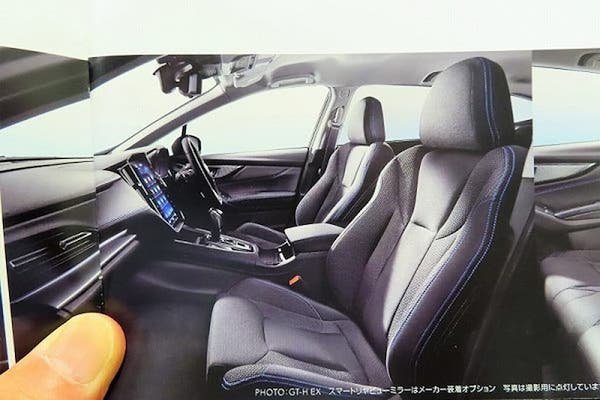 The seats are integrated with blue stitching

The 2021 Subaru Levorg could also come with a fully digital instrument cluster, as suggested in the leaked image. You’ll see other details like the flat-bottomed steering wheel, gloss black accents, alloy pedals, and blue stitching.

Now, the leaked interior images of the Levorg could also be suggesting another thing. If the leaked images are indeed the interior design for the 2021 Levorg, then there’s a high probability that it will also be the cabin layout of the new WRX. 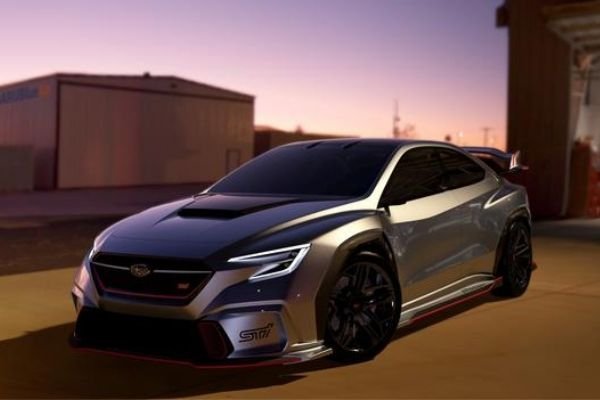 As we previously reported, the next-generation Subaru WRX could debut this year with the high-performance WRX STI following suit in 2021.

The exterior design of the new WRX will closely follow the design elements of the Subaru Viziv Performance concept. With that, you should expect to see a lot of aggressive curves, a wide, low stance, as well as a set of new headlights and taillights.

Aside from the restyled exterior, an updated version of the Subaru EyeSight will also join the new WRX’s pool of tech toys. It is said to come with more driver-assist features and could be equipped with semi-autonomous driving capabilities.

The new Subaru Levorg is a compact sports wagon vehicle designed to provide outstanding performance in any terrain under any weather condition. Its interesting name is a combination of Legacy (LE), Revolution (VO), and Touring (RG), a glimpse of what this wagon is capable of. Currently, the Subaru Levorg 1.6 GT-S CVT and the Subaru Levorg 2.0 GT-S with Eyesight is locally available. You may choose from Ice Silver Metallic, Dark Grey Metallic, Crystal White Pearl, and Crystal Black Silica. For those opting for a vibrant colored vehicle, you may choose from Lapis Blue Pearl, Storm Grey Metallic, and Pure Red.