2018 would see the explosion of Subaru models in the Philippines.

The Philippines is a potential market and Surabu knows that. To give a proof, Motor Image – Subaru’s official distributor in the country and Asia has already drawn up some grandiose plans to stir our auto market. 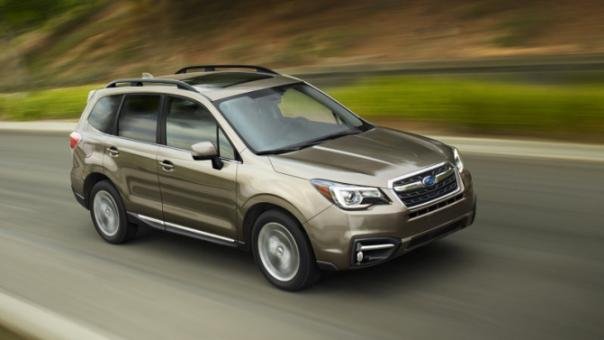 The Subaru Forester 2018 Philippines will be debuting next year

The Motor Image Principal Glenn Tan has so far revealed that next year, Subaru will get fans excited by multiple lauches including an all-new vehicle, upgraded models and especially, an up-to-the-minute key technology.

Speaking of the all-new car, that is the next-gen Subaru Forester 2018 Philippines. Pitched as one of the company’s flagship crossover, we can definitely hope for the myriad of upgrades on the machine. Of course, no specs have been unveiled up to the moment. Another 2.0 variant will join the existing 1.6 Levorg

Apart from the Forester, a new 2.0 trim of the Subaru Levorg and a facelift version of the Subaru Outback will also be bombarded.

The EyeSight could be Subaru's core tech

Now, let’s put those new modes aside and focus on Subaru’s new technology. According to latest car news, in 2018, the Japanese carker will formally be introducing its latest Subaru EyeSight technology, which features state-of-the-art smart techs such as:

The EyeSight is expected to go beyond a gadget in order to become Subaru’s core tech, as claimed by Tan.