It has been more than three years since the deadliest ferry disaster in South Korean history occurred. However, it's still heart-wrenching whenever we see any updated images and information about the victims and their relics.
On July 31, images of more than 100 rusty vehicles together with the ill-fated Sewol ferry have been publicized after more than three years on the seafloor. Images of more than 100 rusty vehicles together with the ill-fated Sewol ferry have been publicized
After having been raised to the surface, the Sewol ferry was carried to a port in Mokpo - a city in the southwest of South Korea on March 31 (exactly 1,080 days after the disaster). 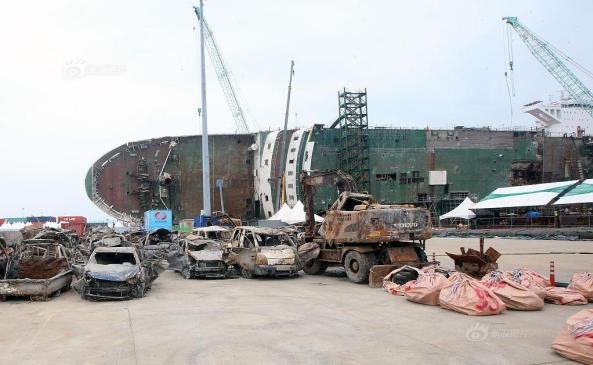 After having been raised to the surface, the Sewol was carried to a port in Mokpo
In the latest investigation of the wreck, 4 corpses were found along with their belongings. Searches for 5 remaining missing victims are still underway. Recently, over 100 vehicles were also discovered in the ferry stock, all of them were almost rusted and corroded. Additionally, the stock also contained many other heavyweight objects of disaster victims. 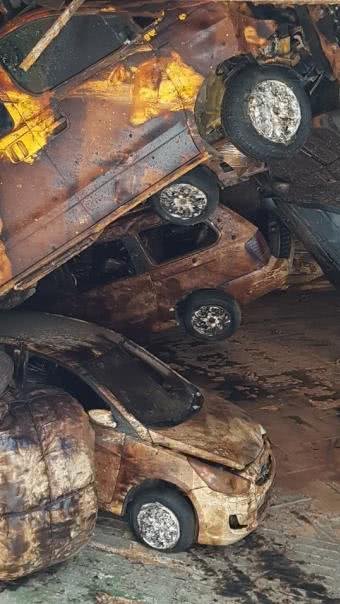 Over 100 vehicles were also discovered in the ferry stock
>>> View more: 5 deadly bus accidents in the Philippines

On the morning of April 16, 2014, the 6,825-ton Sewol ferry left Incheon with over 450 passengers on board, mostly students from Danwon High School, capsized and sank off Jindo Island. Having yet to admire the breathtaking beauty of Jeju, more than 300 people died, including both passengers and crew members. The Sewol capsized and sank off Jindo Island some 20 kilometres off the island of Byungpoong
Results of the investigation found some loopholes in safety standard of the Sewol. To be specific, the ferry was illegally repaired to increase the passenger cabins and even carried excessive freight. Furthermore, the overloaded cargo was not stored in order; consequently, when the ferry made a sharp turn, it lost balance and started sinking. The ship-owner was reported to take his own life after the fatal incident.

Some more images of the vehicles lifted from the sunken Sewol ferry: 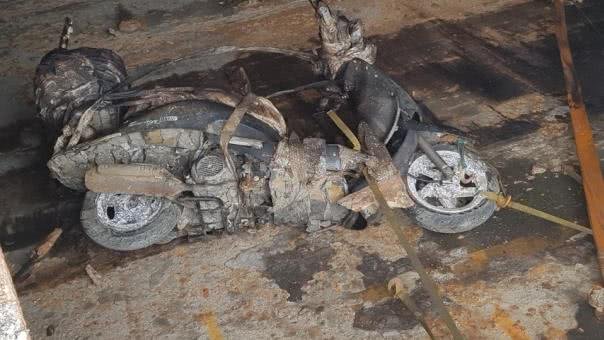 Watch more:
Raising the dead from S. Korea ferry disaster
Sewol ferry disaster transcripts
>>> If you are living in Metro Manila, make sure you are aware of these 5 streets where the most drivers were killed or injured in traffic incidents.