The latest Citizen AT8185 edition is a Nissan sports car in watch form.

Nissan has always been associated with some of Japan’s most exciting sports cars. Now, the company is collaborating with electronics brand Citizen to release a wristwatch that coincides with three and a half decades of the watchmaker's technological legacy. Both Citizen and Nissan share the ATTESA name, which is also used for the latter's all-wheel drivetrain system

This maiden partnership has resulted in a special edition of the Attesa AT8185 chronograph, which will be sold in two colorways for the occasion. One is the AT8185-89E in Ikazuchi (thunderbolt) Yellow, featuring an inner bezel rendered in the color, along with accents on the crown. The dial features a dot pattern mimicking the seat material on the Nissan Proto Z.

The other is the AT8185-97E, this time showcasing accents in Seiran (orchid) Blue on a watch face that resembles an asphalt road surface. Both watches are made from hypoallergenic Super Titanium material, with a black base color for the case and band. Each variant features the new Nissan corporate logo at the back of the case. Whether in yellow or blue, the special edition Citizen AT8185's design exudes an irresistible appeal

Citizen says that this special release marks 35 years since its Attesa line of premium watches featuring titanium construction was introduced in 1987. Incidentally, it was the same year that Nissan's own ATTESA (Advanced Total Traction Engineering System for All-Terrain) all-wheel drivetrain made its debut on the U12 Bluebird.

The new variants also celebrate the arrival of the seventh-generation Nissan Z sports car, with the Fairlady Z wordmark on the watch face accompanied by the Z logo on the crown. Note that the latest Z car uses a rear-wheel drivetrain, consistent with all other iterations dating back to the first-generation model in 1969.

Of course, a watch paying homage to technology wouldn’t mean much if it wasn’t also brimming with advances in timekeeping. Apart from the complexity of its H804 movement, the AT8185 comes with Citizen Eco-Drive technology. This charges the battery using ambient light, with a power reserve of up to 10 months. The watch also has magnetic resistance and an automatic hand-correction feature. More impressively, the AT8185 is able to synchronize with atomic clock transmitters in one of four geographic locations around the globe. This guarantees accurate time for users, anywhere in the world. How accurate? The watch will theoretically have a timekeeping error of only one second every 100,000 years. That’s on top of its world time and daylight savings time functions.

Other standard AT8185 features are a perpetual calendar, date window, and tachymeter, as well as indicators for the day, power reserve, and 1/20 second stopwatch functions. Sapphire crystal glass protects the intricate movement on the dial and sub-dials. The chronograph is also water resistant to a depth of 100 meters or 333 feet. 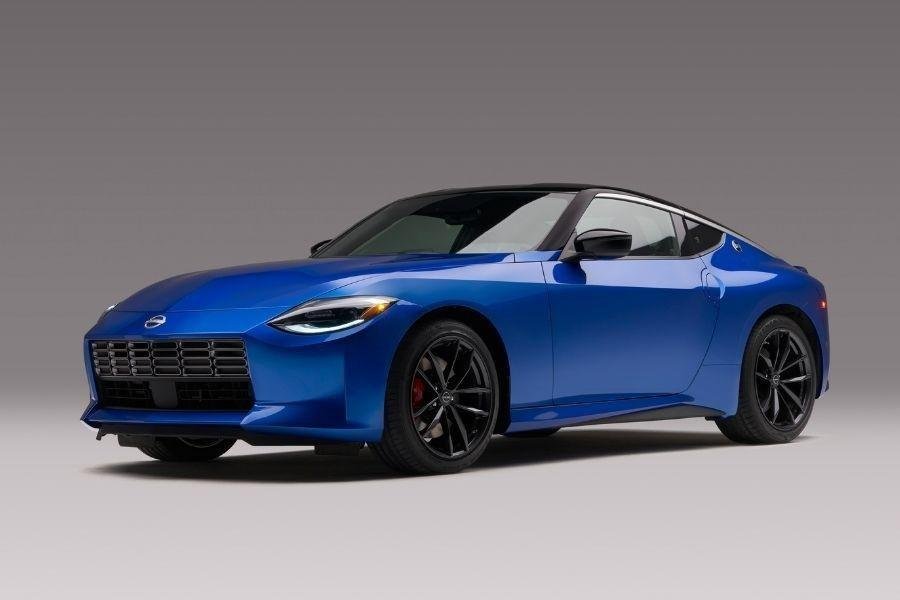 The collaboration celebrates the reveal of the 2023 Nissan Z, as well as 35 years of Citizen's timekeeping technology

Plus, this Nissan-Citizen collaboration carries the distinction of being a limited release, with only 1,700 examples worldwide to begin selling by March 10, 2022. If getting a Nissan Z in your garage seems impossible, would you be willing to settle for one of these beauties instead?

Whether it’s a machine you wear or drive, we put the spotlight on it at Philkotse.com.

Nissan Philippines has a total of eight models in the market, excluding one upcoming vehicle which is the Nissan Magnite. The price list of Nissan vehicles in 2022 ranges from Php 728,000 to Php 3,988,000 for the cheapest Nissan Almera and most expensive Nissan Patrol, respectively. Meanwhile, the Nissan GT-R's price in the Philippines is available upon request so visit Nissan dealerships for inquiries. Nissan's best-selling models in the Philippine market are as follows: Nissan Navara, Nissan Urvan, and Nissan Terra.