It will available in Asian markets as early as next year.

The Chery Tiggo series has taken over various markets around the world thanks to its relatively affordable pricing, loads of features, and sporty styling. But now, the Chinese automaker is looking to take its upcoming crossover models to the next level with the unveiling of the Chery Omoda 5 compact crossover at the Guangzhou Auto Show in China. Designed with the brand’s new concept “Art in Motion,” the Chery Omoda 5 exudes a futuristic and sporty appearance that should appeal especially to young individuals. It comes with smooth yet striking body lines that give the model its character. This model is the first to adopt the new design concept of Chery.

Upfront, the new compact crossover is integrated with a diamond matrix grille almost similar to the one in the Chery Tiggo 7 Pro. The difference is that the Omoda 5’s grille is body-colored and affixed to the front fascia. In addition, the face is integrated with T-shaped daytime running lights (DRLs) and split headlights. It is fitted with a set of 18-inch contrast sports wheels, which blend with the colored trims of the vehicle. Based on the photos released by Chery Auto, there are two contrast trims available. The first one is yellow which creates a youthful vibe, while the other is blue which creates a futuristic appeal to the finish.

To the rear, the Chery Omoda 5 features LED taillights that come with a full-width design. Just below that, a twin exhaust setup finished in chrome is built. This design detail provides a sporty visual to the back. But considering that an exhaust pipe can be seen underneath the vehicle, the twin exhaust setup is not functional and is used for aesthetics only. 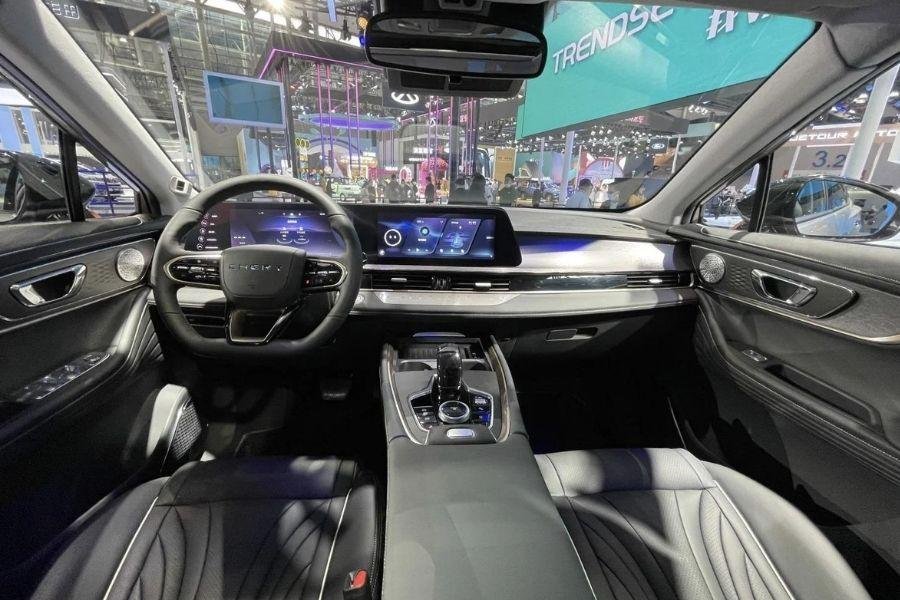 Futuristic design elements are continued to the cabin which is evident with the addition of two 10.25-inch curved screens. One functions as the infotainment screen, while the other is for the instrument gauge cluster. The sportiness of the exterior is also sensed in the interior thanks to the integrated sports seats and D-shaped steering wheel.

Under the hood, the Chinese compact crossover will be powered by a 1.6-liter TGDI engine which will reportedly make 194 hp and 290 Nm of torque. The engine can send power to either the front wheels or all four wheels via a 7-speed dual-clutch transmission (DCT). Chery Auto added that it will introduce hybrid and all-electric powertrains soon. The Chery Omoda 5 is said to be an important model for Chery Auto as it is the first to showcase its Art in Motion design language. Chery Auto aims to will launch its new compact crossover next year to global markets including Asia, South America, Europe, Africa, and Australia.

Catch the most exciting new cars in the market here at Philkotse.com.