Kia Sportage 2019 latest update: Due to get a new diesel mild hybrid engine

The Kia Sportage 2019's powerful engine will be boosted thanks to a 48-Volt technology.

After a day spy shots of the uncovered Kia Sportage facelift were published, the auto brand has, to some extent, disclosed updates that may come in the new compact crossover. There are probably not many changes in the styling to expect though new things will arrive in the power system for sure featuring the first ever mild hybrid system. Plus, the diesel engine will also be electrified.

The powerful engine’s performance will be boosted thanks to the 48-Volt technology while the Selective Catalytic Reduction developed by the company works to lessens CO2 emissions by possibly 4% in the WLTP (Worldwide harmonized Light vehicles Test Procedure). In the NEDC (New European Driving Cycle), emissions will be even let down by up to 7%. 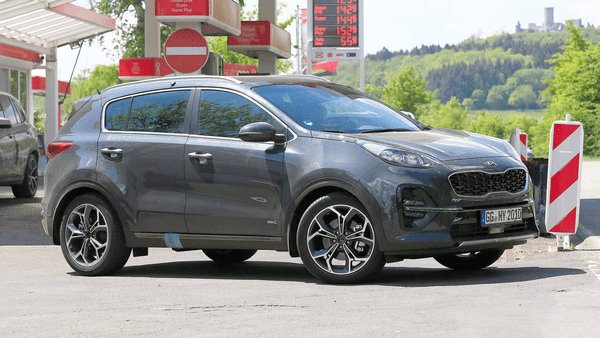 Kia, to some extent, has disclosed updates that may come in the new compact crossover

As stated in an earlier announcement from Kia, the all-new Kia Sportage will be powered by the EcoDynamics+ diesel mild-hybrid engine. The point is the engine will come equipped with an MHSG (Mild-Hybrid Starter-Generator) and a 48-volt, 0.46-kWh lithium-ion battery. Kia claims with the electronic MHSG coming with an inverter, switches between generator and motor modes come smoother to the point they boast drivers won’t even notice it.

Channeled to the diesel powertrain’s crankshaft via a bell, the MHSG can dole out the highest 10 kWh (14 HP) of electric power to give a boost as the vehicle’s in motor mode and accelerating. Aside from it, the boost from MHSG means a decrease in engine load; therefore, emissions are accordingly reduced. The boost from MHSG means a decrease in engine load; therefore, emissions are accordingly reduced

When the mild hybrid setup is in the generator mode, the kinetic energy from the vehicle is in charge during braking and in-gear acceleration to restore energy in order to recharge the battery.

Following the scheduled premiere of the Kia Sportage 2019 for sale in the latter half of this year, Kia may also unveil other models including the highly potential Ceed. The auto brand is positive the gasoline powertrain will lay a firm foundation for a mild hybrid setup. They also believe both will come compatible with all-, front-, rear-wheel-drive vehicles along with manual and automatic models.