User's: 5.0/5
Recently, the 4th-generation Kia Sportage received a facelift. It's still not released in the Philippines though, but still, here's a Kia Sportage 2020 preview for your further reference.

Developed initially as a compact SUV from 1993 to 2004, the Kia Sportage in its current iteration has now turned into a compact crossover SUV. It is a far cry from the egg-shaped first-generation Sportage which was prevalent here in the country by virtue of used, surplus units from South Korea.

Today, the Kia Sportage is a very premium crossover SUV with the power to back up its looks. Today in 2020, Kia has given this crossover a significant update. As such, let us take a good hard look into new Sportage and highlight what’s new. The changes in the new Sportage are very subtle, but if you look closely, you'll spot them out

At first glance, many will say that the 2020 Kia Sportage exterior didn’t change that much. Those with keener eyes will note that there are some key differences from Sorento’s exterior design.

For starters, it now has a pair of smarter looking LED headlights as well as leaner looking tail-lights. There’s also a new pair of fog-lights. Towards the sides, you’ll also note the very Euro-inspired set of wheels which can come two different sizes; a 19-inch version and a 17-inch version. Overall, the facelifted, US-spec Kia Sportage exterior rocks a sportier look. If you don’t take a good look though, you would swear that it’s practically the same vehicle. 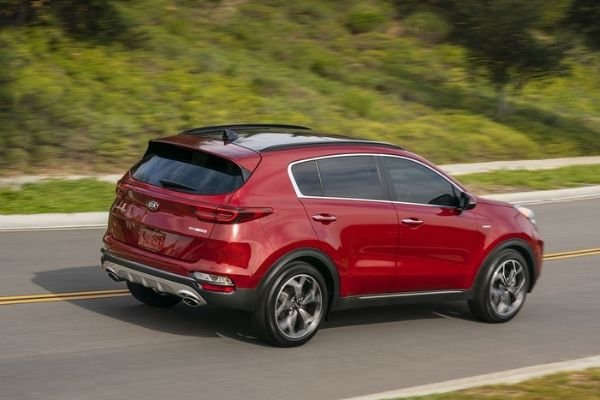 From the rear, the Sportage's face-lift has a pair of more visible tail-pipes

When it comes to the 2020 Kia Sportage interior, the facelifted US-Spec does have more significant changes. There’s the new “Sofino” leather trim option, a redesigned steering wheel, as well as a new set of aircon air vents.

While many will argue that those aren’t significant at all, we actually agree. As a whole, it does provide for a more seamless, and modern look.

All variants of the US-spec Sportage now come equipped with 8-inch touchscreen head units with Android Auto and Apple CarPlay. 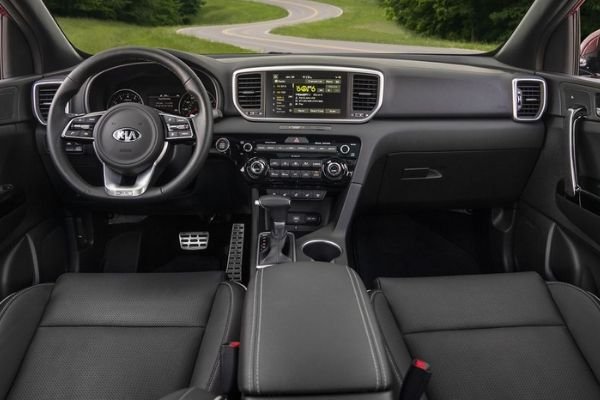 As for its interior space, not much has changed and Kia Sportage 2020 still provides decent legroom and headroom for five people. Cargo room is still very generous.

If we compared the first Sportage with the new Sportage, then it is like comparing a crippled tortoise to a cheetah injected with steroids.

That being said, the U.S. spec Sportage, as well as the diesel variants currently available here in the Philippines, is capable of reaching 100 km/h just under seven seconds. This makes the Kia Sportage one of the faster crossover SUVs in the market right now.

Note also that the GT-Line currently available here in the country is also one of the few crossovers available right now that has a limited-slip-differential, a must-have if you want to go fast on a track.

Couple that with the GT-Line’s paddle shifters and you have a brilliantly sporty crossover that might provide you with a lot of driving joy. The Sportage can also take on light off-roading duties. It's a crossover SUV after all

One mechanical aspect that we do not like about the Sportage though is its gas-type shock which can provide a very stiff ride.

Here in the Philippines, we have one 2.0-liter gasoline and two 2.0-liter diesel variants. The gasoline makes up to 153 hp and 192 Nm whereas the diesel makes around 183 hp and 400 Nm of torque.

For a lack of the better term, the Kia Sportage is a very underrated vehicle when it comes to raw power.

The US-spec 2020 Sportage is without a doubt, a very safe vehicle. The U.S. National Highway Traffic Safety Administration or NHTSA gave it a five star and the Insurance Institute for Highway Safety made it their top pick.

This is because the U.S.-spec Sportage comes with a host of driver-assist technologies like forward-collision warning, automated emergency braking, adaptive cruise control with stop and go technology, lane departure warning, as well as lane keeping assist.

For the current Philippine-spec Sportage’s two lower variants gets only one airbag, with ABS and EBD. The GT-Line does get dual front airbags, side airbags, curtain airbags, as well as a parking assist system and stability control.

>>> Visit our Cars for sale section to get the best deal.

While waiting for the official debut of 2020 Kia Sportage in the country, let's take a look at the price of current available models for reference

>>> View full ist of Kia Sportage for sale on Philkotse

Overall, the Kia Sportage 2020 facelift is as impressive than its predecessor. The top of the line turbo diesel does provide a surprising amount of power as well as a competent amount of safety features.

Here in the Philippines however, the disparity between the SL and the GT-Line is quite apparent in terms of convenience features, safety equipment, and price is what we think might be the biggest factor in the 4th-generation Sportage’s lack of here in the country.

On top of that, the locally available GT-Line is quite expensive at Php 1,820,000. That’s 275,000 more than the diesel SL. Furthermore, there are countless other options you can choose from whether you’re looking for a competent family car, or an uber fun performance vehicle that are cheaper. Along with the new Sorento, we're hoping to see the facelifted Sportage at the 2020 MIAS

So, is Kia PH going to introduce the facelifted 4th-gen here in the Philippines? Well, according to numerous sources, Kia is participating in the up-coming 2020 Manila International Auto Show. So here hoping.

ALTERNATIVE REVIEWS TO THE 2022 Kia Sportage