What else will receive revision besides the redesigned nose and tail?

Just a couple weeks ago, Philkotse.com collected some spy shots of the Hyundai Tucson 2019 facelift testing on the street with a heavy camouflage covering up its backside. Now, there are more photos of the winter testing leaked indicating that the upcoming Tucson will be given a handful of refinements on the outside. The heavy coverings indicate a handful of exterior refreshments

If the photos from our previous article hinting a revised nose and tail, these recently-surfaced spy shots even indicates revamped doors as these parts were wearing lots of concealment. Moreover, the amount of camouflage also reveals that the fenders and car’s hood will be given reshaped sheet metal. As for the other parts of the SUV, there is not much to tell accept for possibly revised tail lamps, bumper and re-sculptured body lines. 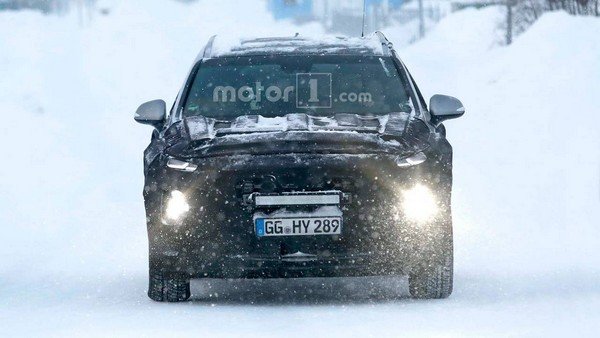 Although receiving extensive updates, the upcoming Tucson is not likely to be a next-gen model

While the heavy coverings might indicate extensive makeover, the similarities spotted on the window line between the spied prototype and the existing Tucson have hinted that this will come in not as an all-new model but a model update. In brief, the Hyundai Tucson 2019 facelift is expected to be far bolder and sleeker, nicely moving to the next stage of so-called ‘Hyundai's Fluidic Sculpture design language’.

Although this has yet to be confirmed, there is likely a new engine added to the lineup and also a wide array of diesel and gas options available. Currently, the global-spec Hyundai Tucson is offered with 4 engine options including:

The current-generation Hyundai Tucson is in its third year and it is cool to know that the Korean automaker is already busy giving it an extensive facelift version next year. Latest updates on upcoming Hyundai cars can be found in our Complete guide to the Hyundai Philippines' local lineup The rear is spotted with redesigned tail and bumper

While waiting for more updates from this baby SUV, look through our Complete guide to the Hyundai Tucson Philippines on Philkotse.com and refer to the table below for its latest price list in the Philippines: