An all-in-one report compiling the most up-to-date information about the Honda Brio 2019. Check out now!

*Update: Honda Brio 2019 officially launched in the Philippines, price revealed. Read on to catch up with the latest news about this new hatchback.

The introduction of the Honda Small RS Concept at the Indonesian International Motor Show in April 2018 had stirred up intense excitement among car enthusiasts about the next-gen Honda Brio 2019's arrival. A few months later, the 2nd-iteration Brio was finally rolled out, not in the Philippines, too bad, but for the Indonesian market.

Even so, the Brio unveiled for our neighboring market still gives us some hints to expect what the upcoming PH-spec Brio has to offer. Let’s come with us to find out how the Brio has been the talk of the town since its launch and when the latest version for the Philippine-spec Honda Brio will hit our shores.

The Brio 2019 features a blacked-out wing grille over angular and mesh headlights, fitting for Honda small cars, including the Jazz and City. The new model also takes over almost everything of the previous model consisting of the large wing, strip fog lamps, and hood scoop. The new grille design makes the head of the 2019 version look much stronger compared with the older Honda Brio 2016 for sale.

At the rear, the Brio comes adorned with a Hyundai Accent-like tail end, instead of pizza tail lamps in the previous model. The rear bumper gets meshed vents while the wheels measure 15’’ alloys.

Speaking of the non-RS version, it comes in a pretty different style with less meshed faux vents and a full-on chrome wing grille. Someone said that the Brio RS version looks like the small-scale Mobilio. Honda has removed the all-glass boot lid for a windshield and conventional rear boot. The glass boot lid was considered to be a signature element of the previous model.

In terms of the 2019 Honda Brio size, it has got a slight bump in its size. The hatch gets a large 205mm boost and its wheelbase has been increased by 60mm. So, it can be said that the all-new Brio 2019 is more spacious than its predecessor.

Across all Honda Brio versions for sale, the interior reflects the Jazz’s design including the gauge clusters, A/c vents and the infotainment system, apart from a strange steering wheel. Meanwhile, the RS version gets an ace with orange highlights on the fabric seats and dashboard.

The base version comes equipped with fixed headrests at the front while the RS variant gets adjustable headrests, plus 6 speakers and a unique instrument cluster. 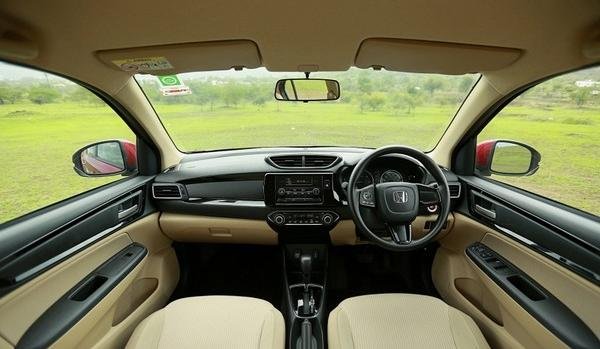 Across all versions, the Brio 2019 interior reflects the Jazz’s design

The new Brio still retains the dashboard from the first-gen unit. Putting the Brio 2019 in a comparison with the 2nd-gen Amaze, the latter seems to be dominated with new seats and an all-new dashboard.

According to the latest car news, in Indonesia, the Honda Brio 2019 is considered to be an LCGC (Low Cost Green Car), so it doesn’t come with a 1.3L engine like the current Philippine-spec unit, it is powered by a 1.2L i-VTEC engine which is capable of cranking out 89 hp and 110 Nm.

The engine works in a conjunction with a CTV (Continuously Variable Transmission) or a 5-speed manual gearbox. 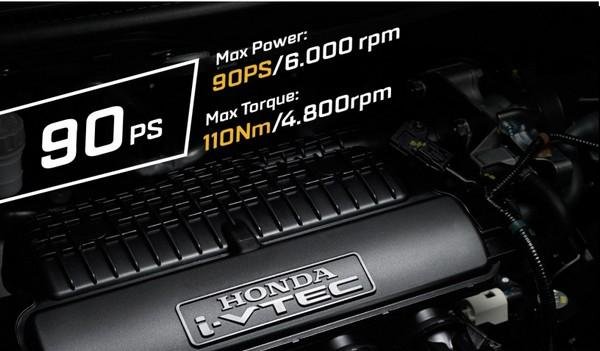 The hatch is powered by a 1.2L i-VTEC engine

As mentioned earlier in this post, the all-new Honda Brio 2019 was already launched in Gaikindo Indonesia International Auto Show 2018. However, there has yet to be any information as of the exact release date of the Brio 2019 to the Philippines. But stay tuned! The new year is drawing near, which means perfect timing for new car launches is coming close. Philkotse.com will keep you posted on the latest updates of this hatchback.

In the meantime, let’s take a look at the table below for the newest price of the Brio available at Honda Philippines dealerships for your further reference: