The all-new Honda Brio 2019 is set to hype-up the local mini-compact market.

Manila – There is just absolutely no stopping the wave of cheap and cheerful cars being introduced in the Philippines. The combination of its sporty looks, seating for 5 (ish) and good fuel economy reaches out to the motoring public. It also helps that these models hover at the bottom of car brands’ price food chains.

Whilst Hyundai And Kia have been the brands that kick-started this trend with their i10, Eon and Picanto; and sales leaders Mitsubishi and Toyota with their Mirage and Wigo, respectively, have been dominating the market, Honda had their previous generation Brio in the mix to do battle with the rest of them. It offered quirky styling and offered the most powerful amongst the aforementioned models with its 1.3-liter 4 cylinder i-VTEC engine. This has not manifested in the sales charts however, as it’s contentious and polarizing looks paired with the “premium” price shooed potential clients away. Personally, I LOVED the looks of the previous model but the consensus of the public seems to disagree.

According to the latest car news, that’s all changed with the launch of the all-new Honda Brio 2019 in the Philippines this week. The all-new Brio is slightly bigger in size featuring a more aggressive grille reminiscent of the Honda Mobilio.

Considering that the Mobilio rides on the same platform as the Brio it just makes sense to give Honda’s smallest car in the market a similar make-over. Those angry eyes that everyone seems to love

Gone are the guppy looking headlights and in comes an angrier looking set that sweeps back towards the A-Pillar. Taking a page out of the Civic play-book are those faux front vents that house the fog-lamps and showcase a bottom kink to accentuate the lower lip of the car.

The side profile offers a similar dynamic from the previous model, the upper sightline that runs through the side doors are less pronounced which in my opinion improves the look of the car and hammers down the point that this is not a facelifted model but an all-new one with the use of all new sheet metal.

The RS model features all-new 15 inch RS wheels that share the design language with the RS variants of the Jazz and City. Very nice indeed. 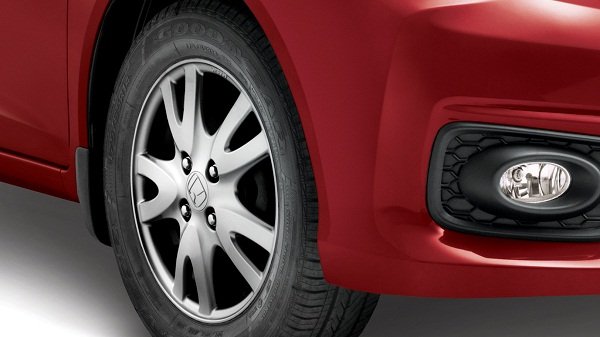 As headlining as the front of the car is, it’s at the rear where the most changes have been made. I’ve always thought the best part of the previous model was that beautifully crafted glass rear hatch. It reminded me a lot of the iconic Honda CRX and in effect the CRZ.

It is now replaced by a more traditional one-piece hatch. It looks good, if not underwhelming. The rear just seems to be what it is, like everyone else’s. The rear opening does offer a more practical tailgate with a wider and lower ingress. I still wished they didn’t mess with that glass hatch though. 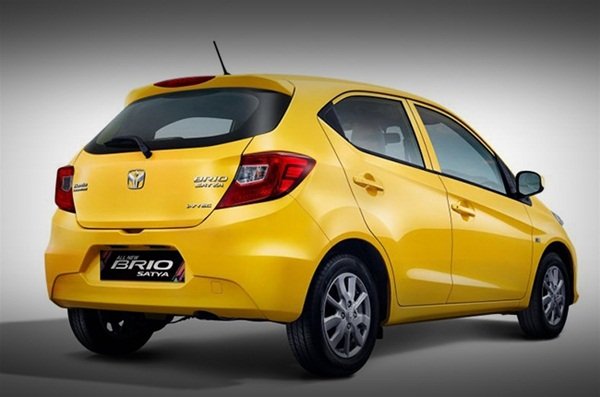 The interior of the 2019 Honda Brio is a different affair. Gone are the quirky circles around the AC vents and now feature the same design as the Mobilio and the Jazz. It offers a more premium feel to it which we really love.

The top of the line RS and CVT variants offer automatic climate control and a 7-inch infotainment touch screen while the lower variants give you the joy of using manual controls and a single-din head-unit. Don’t expect a lot of soft-touch and leather materials though, if any. You can be treated to a lot of black and plastic bits though so enjoy it if you’re into the plastic. The lack of a center console is a bummer though, but that’s just the norm for this class. Overall, the Spartan interior is more straightforward take on the standard mini-hatch and the color accents on the dash on the upper tier variants ups the cool factor.

Dual Front Airbags for both the driver and front passengers provide ample safety but I look forward to the day that 7 Airbags are the norm. ABS tops off the list of safety features paired with the front Disc brakes and rear drums.

>>> Kindly refer to our Honda Brio for sale in the Philippines to look for other Brio variants at best price.

The changes don’t stop at in the exterior though as the biggest one comes with the engine and drive train. Gone is the powerful-ish 1.3 engine and in comes the L12B i-VTEC engine with 89 hp at 6,200 rpm and 119 Nm of torque at a very low 2800 rpm. This hatch is powered by L12B i-VTEC engine

The hp figure is lower by 10 hp from the previous model and people would see that as a negative but what you have to keep in mind is that torque figure. The pulling power comes in very early at the rev range meaning you won’t have to push the engine too much to have it going, making it perfect for the city of which this little thing is made for anyway.

This will do wonders for the fuel economy as well. Although no official tests in the Philippines have been established yet, mated to Honda’s venerable CVT, which is an upgrade from the previous traditional slush-box promises stellar fuel economy. If you’re like me however and prefer to row their own boat down the river, a manual transmission is available.

Prices have officially been released by Honda Philippines and judging by the looks of things, they seem to have a potential winner in their hands. Check out the table below for the official price list of Honda Brio 2019 Philippines At the end of the day, admittedly Honda has a lot of catching up to do in the Honda Brio’s category. With market leaders Mitsubishi Mirage and Toyota Wigo hogging up the market and undercutting the Brio in price and dealer network the 2019 Honda Brio has an uphill battle ahead of it. A battle I’m confident they can compete in.