Based on the design of its bigger brothers such as the Accord and Civic, the Brio Amaze 2018 appears attractively at first glance. The front end looks more angular and upright as compared with the current model. It not only remains familiar elements of the outgoing model's design but also is offered more aggressive and bolder lines. The most striking part of the all-new Amaze is the roof line which is more rakish and incorporates a sleeker back windshield angle. At the rear, the new Amaze has the similar C-shaped tail light design to its larger brothers.

>>> Click here to catch the latest automotive news in the Philippines 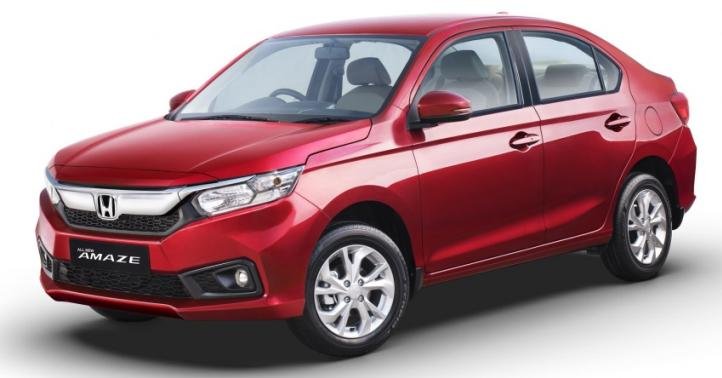 Even though the interior has still been a mystery, based on some photos from Indian motoring press, we can recognize the dashboard has completely been redesigned. The steering wheel is also reshaped significantly and a digital climate control is added too. Generally, the dashboard of the current model will be replaced by a less rounded, more angular and grown-up one.

The Honda Brio Amaze is now available for both the 1.5L i-DTEC motor and the 1.2L i-VTEC gasoline engine in India. The former is paired with a CVT for the first time and is capable of producing 200 Nm of torque and 98 PS; meanwhile, the latter can do 110 Nm of torque and 87 PS.

Speaking of safety features, all variants get standard dual airbags and anti-lock brakes in Indian market. 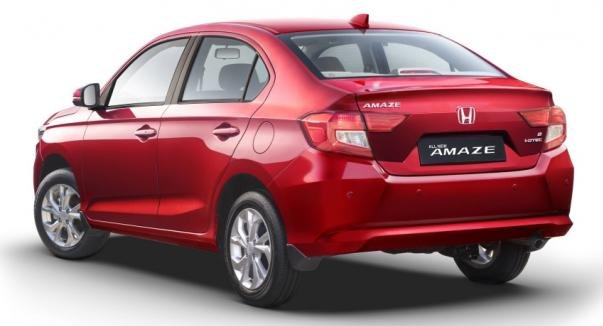 At the rear, the new Amaze has the similar C-Shape tail light design to its larger brothers

With the sedan variant of the Brio Amaze launched in India, it is expected that an all-new hatchback version will be also released within this year. However, there are no official words on when the Honda Brio Amaze 2018 will come in the Asia-Pacific market. Latest updates on upcoming Honda cars can be found in our Complete guide to the Honda Philippines' local lineup.

Honda Brio Amaze 2022
The Brio Amaze is a four-door subcompact sedan first launched by Honda in April 2013 in India. This is Honda's entry to the city car category. Honda made this based on the Brio hatchback and followed almost the same design and structure. After its launch in India, it was developed by Honda R&D Pacific Asia Co. in Bangkok, Thailand. The Amaze is Honda's original diesel car released in India, which uses the same petrol engine as the Brio hatchback. On the other hand, the latter uses the engine that is initially fitted in another Honda concept car. Apart from that, the Honda Brio Amaze is also recognized as a 4-meter entry-level sedan that can even compete against other sedans released in India in the same year. The Brio Amaze is the smallest sedan under Honda at that time. Of course, it was by a worthy competitor when it was first launched in the Philippines - the Mitsubishi Mirage G4. The Brio Amaze later got its facelift in 2016. After that, the updated model had an entirely new design, a new grille, a new dashboard, and taillights. It also was made to use the CVT - replacing the old automatic transmission – without having the engine switched entirely. The CVT transmission is only available in the petrol variant.