Ford Transit Connect 2019 Cargo Van to be launched this fall

This year, the Ford Transit Connect 2019 Cargo Van version has received significant refreshment with the introduction of a 1.5 L turbo-diesel engine. Noticeably, in the US market, the cargo version takes up to 85% of the Transit Connect's total sales. Therefore, changes to the van play a very important role as the American car manufacturer is aiming at not only maintaining but also enhancing its success in the commercial van segment.

The new engine is supposed to drink 30 mpg on the highway and it boasts to be the only diesel engine option in the van segment offered for the US market. With this fresh mill, the Ford Transit Connect 2019  Cargo Van will go head-to-head with the Ram ProMaster City, Mercedes-Benz Metris, Nissan NV 200 and Chevrolet City Express. 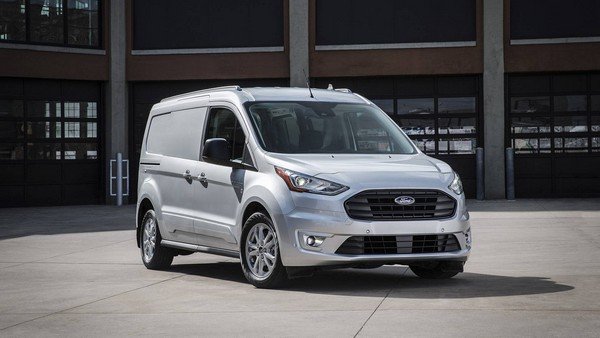 This year, the van has received significant refreshment with the addition of a 1.5 L turbo-diesel engine

Other options for the car's engine are also available including a 2.0 L gasoline and a 2.5 L inline-four. The former is combined with an 8-speed automatic transmission and comes with stop-start. It is also equipped with a battery and a heavy-duty alternator for vans. Specifically, the battery demands high energy needs and can be powered by E85 fuel. Meanwhile, the latter is fed by compressed natural gas to aim at fleet customers. Other options for the car engine are also available including a 2.0 L gasoline and a 2.5 L inline-four

Moreover, a standard pre-collision braking system is also added to the van so as to meet the huge demand from fleet shoppers who understandably want to minimize the risks of their drivers getting into incidents. It also has a standard backup camera and an optional safety gear consisting of adaptive cruise control, lane-keep assist and blind-spot warning with cross-traffic alert at the rear. Some techs are also included in the package to fullfil the request of fleet buyers. They are:

Speaking of the cargo space, opening the rear doors can provide 180 degrees of space, allowing the forklift driver to load large items, even a 48’’-wide pallet.

>>> Nissan Urvan 2015 is a competent cargo van that comes at a very affordable price. Opening the rear doors can provide 180 degrees of space

The car also has hooks and multiple tie-downs to restrain stuff in the cargo. And, for your information, Ford has cooperated with decorating companies that will help spruce up your car with various types of storage, mount and racks of your choice.

When it comes to the exterior’s changes, the front fascia of the Transit Connect gets a completely new look while the interior receives a new dashboard and fresh seats armed with new foam to provide "enhanced comfort". The Ford Transit Connect 2019  Cargo Van is manufactured in Valencia, Spain. In order to avoid import taxes on commercial vehicles, Ford then takes them all into the US as passenger cars. After that, at the port located in Newark, New Jersey, the window panel will be replaced by a fixed unit while the seats will also be removed.

According to the latest car news, the van will be available for sale this fall.