Will you opt for the normal type or the ZG? 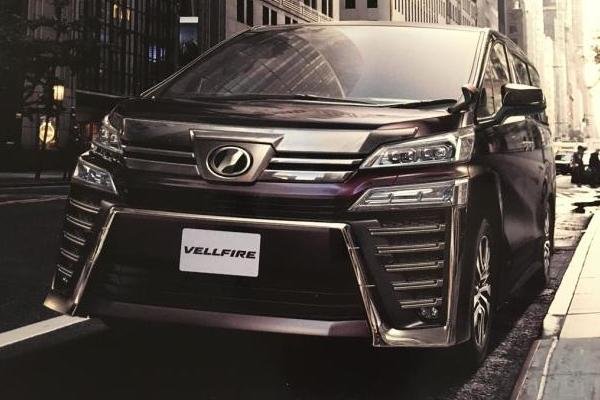 Via leaked brochures, we can see clearly two faces of the new Vellfire. For the first one, it’s a normal type of the Vellfire which comes with iconic split headlights, but the front grille has been tweaked, especially in chrome slats arrangement and badge. Specifically, a larger bar of chrome coupled with lower tire lamps is equipped, giving the single grille a larger and bolder look. Nearby, the front fascia comes fitted with LED fog lamps with square housings. 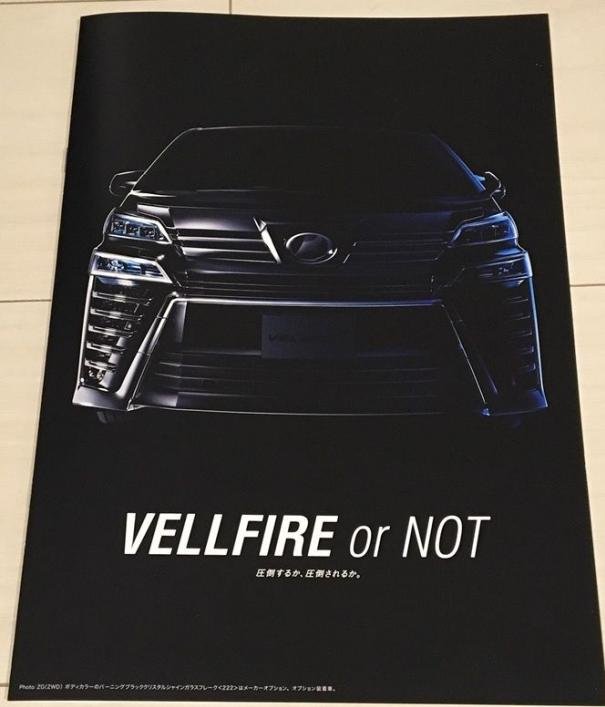 With regard to the other face, it’s of the Vellfire ZG which looks sharper and more aggressive than the normal one. In detail, the lower half is what all the differences carry over with a big upturned mouth clamped by large air intakes. For the most part, everything in the face is bordered by thick chrome. 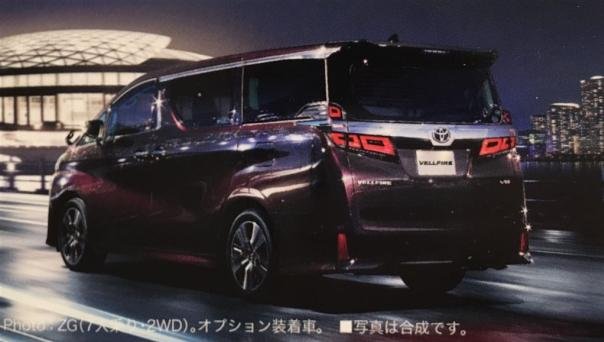 The rear of the facelifted MPV has been revealed as well

The rear of the facelifted MPV has been revealed as well. It’s more striking with trip-ring LED taillight signatures cut in half by a big chrome bar. Currently, LEDs are stripes and the chrome, at the same time, is shorter. Completing the exterior makeover are vertical reflectors on the bumper.

Apart from the refreshed Toyota Vellfire 2018, latest car news also suggests that its twin Alphard will be getting a facelift. And it is expected that the twins would make their way in a little while. Stay tuned!