The biggest change is the black-colored grille.

A week ago, Mitsubishi Motors released a teaser photo of the upcoming facelifted model of the Xpander for the 2022 model year. Of course, the teaser showed a car that was wrapped in shadow with most of its front end’s details hidden save for the headlamps. This also follows an earlier report showing spy pics of the MPV in question. 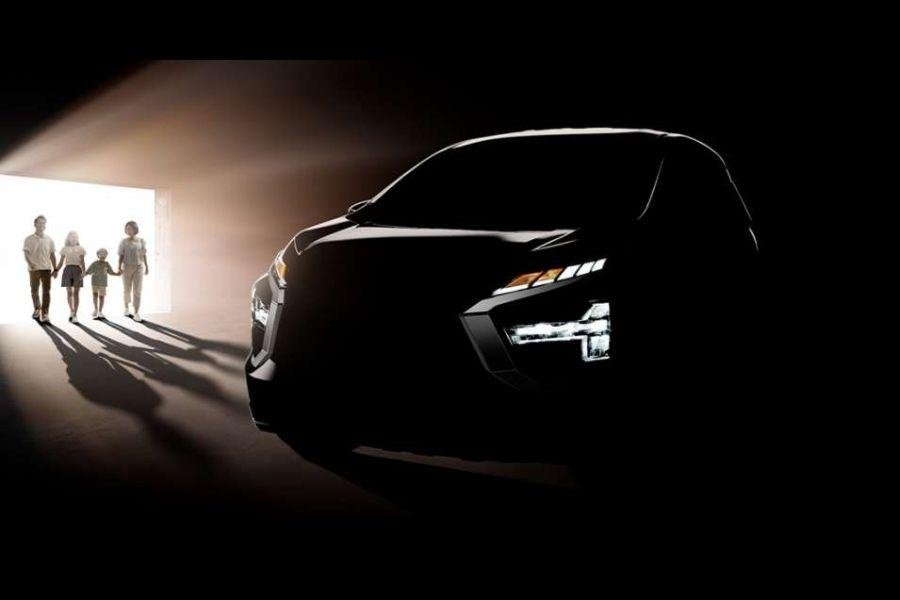 The teaser photo for the 2022 Mitsubishi Xpander

More recently, and in a surprise twist, the Japanese brand straight out revealed the facelift Xpander through its 2021 second quarter financial report. Specifically, it is located on page 19 under the “New Model” section.

As shown in the teaser and spy pics, the new Xpander on the report also bears a T-shaped headlight cluster, as well as a pair of longer daytime running lights. We also get a clearer view of the grille, which is now colored in black, and is divided into two sections.

The upper half still has the Mitsubishi logo, and it now consists of two black-colored slats. The lower portion now comes in the form of a mesh that’s also black in color.

It also looks like the new Xpander now has a proper lower front bumper, instead of the faux skid plate. Also gone are the four holes on the said part, which is instead replaced by a singular vent running between the two round-shaped fog lamps. The 2022 Mitsubishi Xpander, as seen on Mitsubishi's 2021 2nd-quarter financial report

Also new is the set of machine-cut wheels that bear a “blade-like” design. Unfortunately, the rear of the 2022 Xpander was not shown in the financial report.

Of note, the facelifted Mitsubishi Xpander is scheduled to make its debut at the 2021 Gaikindo Indonesia International Auto Show (2021 GIIAS) on November 11, 2021. But as for its appearance on the aforementioned financial report, we do not know whether that’s intentional or not.

Then again, there is some hype surrounding the Xpander especially in the ASEAN region. The Mitsubishi Xpander after all is one of the go-to seven-seater MPVs models in the region including the Philippines. And so, many are looking forward to this new version and curious about Mitsubishi Xpander price.

For more updates from the automotive industry, keep it here on the Philippines’ largest automotive portal.

The Mitsubishi Xpander 2021- 2022 is a seven-seater MPV in the Philippines, currently assembled and imported from Indonesia. It is currently offered in three variants, comprising the base GLX trim, the midrange GLS, and the GLS Black Series. Even as it replaces the Adventure AUV, the Xpander is built on an all-new unibody chassis, with a suspension system based on the Lancer Evolution X. All Xpander variants are powered by a 1.5-liter gasoline engine mated to either a 5-speed manual or 4-speed automatic transmission.

The Xpander measures 4,475mm long, 1,750mm wide, and 1,700mm high (1,695mm for the GLX). A wheelbase of 2,775mm is standard across the range. Mitsubishi Xpander prices in the Philippines range between Php 1,008,000 and Php 1,138,00, with the GLX manual offering the lowest monthly amortization of Php 12,149 on a downpayment of 50 percent and payment terms of 60 months. Among the Xpander’s rivals in the MPV segment are the Avanza and Rush from Toyota, the Honda BR-V, and Suzuki Ertiga.