What drivers need to know when not changing engine oil

There are still things about engine oil that most car drivers don’t know. So, it is important when drivers need to know when they are not changing the engine oil of their cars!

One of the most essential and cost-effective ways of keeping your car in good shape is an oil change. Oil plays a critical role in engine combustion since, without it, the pistons will not be able to freely move along the cylinder wall, the seals will dry up, and tiny bits of metal and dirt will interfere with the mechanism. The whole combustion process will grind to a halt without the presence of engine oil.

All drivers should be aware that their engine needs oil just as much as it needs gasoline. However, there are still things about engine oil that most car drivers don’t know, so this article from Philkotse.com focuses on the effects of failing to observe regular oil changes on the car’s engine.

What happens when you ignore your car’s scheduled oil change?

One main function of engine oil is to clean the engine. It carries off dirt, soot and carbon deposits that can potentially prevent engine parts from moving properly.

The friction from the regular use of the engine can lead to the buildup of this debris, which can sometimes get past the oil filter because of their microscopic size. As these impurities accumulate, the oil loses its lubricating properties and becomes more abrasive, making the engine wear out faster.

Even sediments caught by the oil filter won't stay harmless for long, as their gradual accumulation will eventually clog up the filter, to the point that even the oil can no longer get through it. 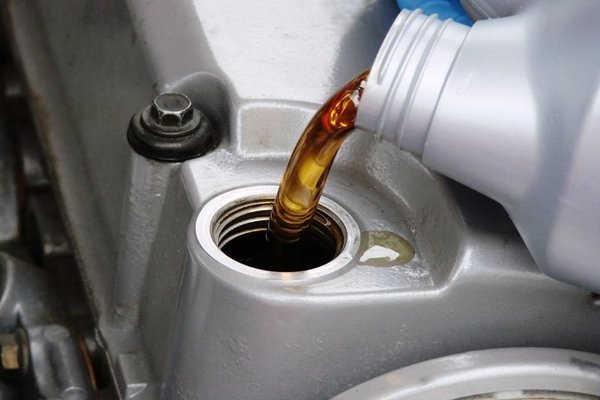 One main function of engine oil is to clean the engine

>>> Check out: 12 myths and facts about engine oil that you should know.

2. Additives will wear out

Engine oil, particularly the synthetic version, benefits from additives that help in inhibiting corrosion, reducing friction and engine wear in general by providing a protective layer. Over time, these additives will eventually wear out, reducing the protection that the oil provides to the engine.

Without this protective layer, the engine becomes vulnerable to all sorts of problems such as seizing and stalling, brought about by the friction from the metal-to-metal contact between the piston and the cylinder wall, for instance.

Additionally, the viscosity modifiers of the oil could also break down. These key ingredients in lubricants inhibit changes in viscosity despite shifts in temperature, making sure that the oil maintains its thickness to protect and lubricate the engine. Without these modifiers, the oil becomes thinner at high temperatures when the engine is running, and will not be able to lubricate the engine properly, resulting in increased friction. What was originally clean engine oil turns into sludge

The anti-oxidizing properties and anti-wear additives of engine oil break down over time, leading to the oil become heavy with accumulated deposits such as tiny shavings from the metal parts. Heavy oil doesn’t flow as easily between moving metal components, and the resulting friction creates loud noises while the engine is running, even at idle.

Another possibility is the reduction of engine compression. When this occurs, the engine loses power, with the worst-case scenario being a failure to start. This will eventually involve costly engine repairs and even replacement. Clean engine oil is key to a car engine’s performance, with its various ingredients and additives all working together to coat the metal components against friction, at the same time carrying off unwanted deposits into the oil filter to prevent them from doing harm.

As oil gradually turns into sludge, the engine’s moving parts have to struggle through this waste, forcing it to work harder every time you run your car. With the increased effort, the engine runs harder as it becomes less efficient, putting out less torque and punch, and consumes more fuel. If you neglect to have your oil changed for a very long time, it will eventually cost you your vehicle. Engine oil that has turned to sludge is no longer capable of drawing away heat from the engine, and the resulting thermal buildup can cause your engine to overheat, with a blown head gasket. A blown gasket produces a milky white exhaust and can be very expensive to fix.

If the engine can no longer run on its own, you might find yourself facing the prospect of having the engine replaced. The ensuing cost will be prohibitive enough for you to consider just getting a new car altogether.

>>> Have you known 4 factors to consider to choose the right engine oil?

6. The car warranty will be voided

A car warranty is one of the best advantages of purchasing a new vehicle; it brings peace of mind to car owners. However, if you fail to have your vehicle serviced according to the factory-recommended maintenance schedule, your car’s warranty could be voided.

One essential part of maintenance is changing the engine oil (typically every 5,000 kilometers or three months for mineral, 10,000 kilometers or six months for synthetic). Records of the car’s maintenance history should ideally be kept, including the oil change, since it gives you an idea if you’ve really been taking care of your car, which proves especially helpful in warranty claims. Failure to observe regular maintenance can void your car’s warranty