Stock vs. Modified - What's the Difference?

Should you leave your car on stock, or have it modified?

From the increase in economy, it is a delight to observe that a lot of our fellow Filipinos can now afford their very own 4-wheeled vehicle. Even with the prices going nowhere but up, they still manage to make money work for them in order to buy a car. This type of vehicle is now actually seen as one of the necessities in modern lifestyle. If a car is an extension of its owner, then a car's originality also reflects on that personality. What say you: Stock or modified?

There is a lot of people out there who are still proposing to buy their very own set of 4-wheels while some are still working for their down-payment and mortgages. After buying a car, it is pretty much up to the owner whether what he does to his vehicle. Whether he wants it repainted, refurbished inside-out or maybe just left on its own; he has the decision based solely on his preferences.

The owner's budget will play a great role to this of course as modifications and tweaks cannot be performed on the car without the cost of particular contributing factors. These are most probably the labor and laborers who will perform the job, the equipment necessary to perform the job and the parts to remove or install which may cause a serious amount of money. 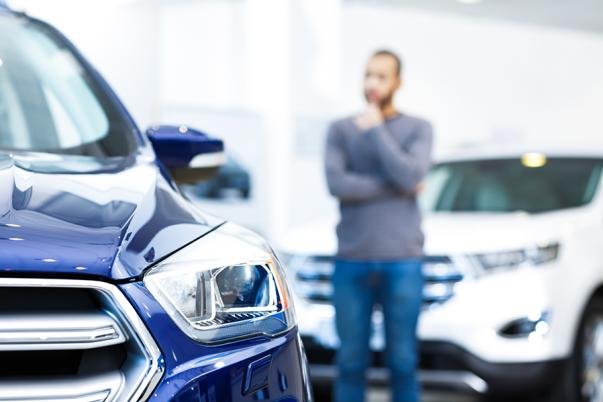 After buying a car, it is pretty much up to the owner whether what he does to his vehicle

There is nothing wrong with sticking to the stock parts of the original vehicle. Most people buy cars because they fell in love with the car's appearance at first look. Though on most occasions, it is their budget that does the decision-making in this part. But either way, car manufacturers built their models in a way to instantly gratify buyers with the car's stock parts; without having the thought of modifications crossing their mind.

Also, stock cars from ages ago that have become vintage are famous for their elegant designs and have higher prices than some of the most luxurious vehicles available in the market! Of course, the price could only be justifiably high if all the stock parts are still in the age-old machinery.

I. Modified Vs Stock: Why Vehicle Owners Prefer It That Way

People's preference varies extremely and we can never really understand why they would want something added to their car or why they wouldn't. We could agree with their preference or then again maybe we can't, but there is always a reason as to why people would choose one thing over the other. In a certain group of people who owned cars that they've left on stock parts for the past few years, one or more would say that they don't really have the time for car modifications. A few more people in that group could be heard explaining that they don't really want to change anything about the car since they prefer it that way.

Some may say that it's a family heirloom and they prefer the car in its original state. While there are also some who will say that it's a shared property and they don't really get the final say about making modifications to the vehicle so they refrain from doing so. And of course, there would also be those that would really, really want their 4-wheel vehicles refurbished and modified but just don't have the cash allotment for the process.

Now let's try and understand why there are some vehicle owners who do try and modify their vehicles. Assuming we talked to a few people who owned a modified 4-wheel vehicle, most reasons they would say would be the ones listed below. Some car owners express their artistic side thru their cars

II. Modified Vs Stock: What Do These Two Words Mean

We know what these two words pertain to but how can we really differentiate them? Stock and modified don't really have much difference as to what they mean in the 4-wheel vehicle language than what we'd normally use them for.

This refers to the vehicle unit in its original state. This pertains to the vehicle condition just as how it was after it was bought fresh from the dealership. This means that everything that came with the vehicle when it was first bought is still attached. The engine, the paint, the wheels, the windows; both the interior and exterior parts of the vehicle remain unchanged and unaltered.

Modified vehicles pertain to vehicle units that have undergone alterations and possess difference from how it was before it was bought from the dealership. This difference could be a tad slight and could be barely noticeable or it could also be easily distinguishable and exhibits flamboyance. There are also two types of modifications that can be made depending on the vehicle owner's preference. The two types of modification are separated into two categories with very different purposes; for aesthetics and for performance. For aesthetics, these could be paint, rims, headlights, taillights, spoilers, carbon fiber parts replacement and other alterable specifications that mainly contribute to upgrading the vehicle's appearance. Performance parts mainly refer to what regular people don't really pay much attention to. These are the parts of the car that are usually most noticed only by car-savvy people, enthusiasts or fellow car owners themselves. These parts are the engine, suspension, brakes, and even the car's tuning as well as the size of the gas tank.

These can be altered or individually upgraded to suit the car owner's taste and preference. Some of the aesthetic modifications can also add to the increased performance of the car; an example could be the spoilers and carbon fiber parts. Spoilers can add a dash of style and personality to one's ride but if positioned properly it can contribute to help the car increase in speed with aerodynamics; while carbon fiber parts are lighter than the usual materials manufacturers use.

No matter what you do with your car, we at Philkotse.com believe that safety is still the most important when it comes to customizing your vehicle. Make sure to check out all our safety tips for better driving!