Should I rev the engine before turning off the ignition? [Newbie guide]

Switching off a car’s engine these days requires nothing more than turning the key or pushing a button by the steering column (assuming that the transmission is in neutral or Park and the handbrake is engaged). If you’re a newbie driver however, you might notice something peculiar with how more…veteran drivers put the engine to rest. Instead of simply cutting the power, they’ll pump the gas pedal several times while the transmission isn’t in gear, in effect revving the engine just before killing the ignition. Since the sound is considerably loud, those unfamiliar with the practice might find themselves glancing at the direction of the vehicle, wondering what the commotion is.

Seems completely harmless. But does it look (and sound) as benign as you think?

How did it come about, anyway? Back in the days when carburetors were standard on combustion engines, it was believed that soot, carbon deposits, wet spark plugs, and other factors made startup harder whenever the ignition had to be turned on.

>>> Related: How does warming up your engine really affect your vehicle? 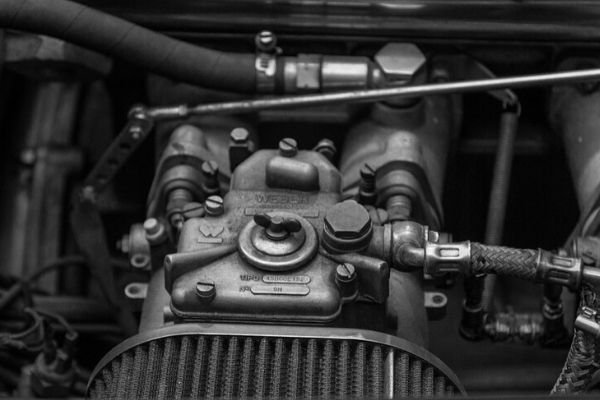 People believed that carbureted engines were prone to hard starts

As a precaution, drivers thought of revving the engine several times at wide-open throttle (WOT) prior to shutoff, in the hopes of removing anything that’s blocking the crankcase and blowing it out through the tailpipe. Another theory says that revving the engine fills up the carburetor’s float chamber (where gasoline was stored prior to being released into the cylinders), making ignition quicker the next morning when cold starts are common.

The method was already of dubious benefit to old-school engines, and has become largely unnecessary on today’s fuel-injected power plants. For one thing, the float chamber was designed to stay full even during idle. Another is that the fuel pump already gets to work once the engine is cranked, so any fuel lost in the float chamber overnight would be topped up by the pump just before the engine is started. Aside from wasting fuel, increasing your tailpipe emissions, and contributing to noise pollution, revving the engine before shutoff also accelerates the wear on the engine’s moving parts, especially the pistons and crankshaft. The practice is especially detrimental to turbocharged engines, as the turbo needs time to spool down before the ignition is turned off. Revving will only keep the turbo spinning long after the engine has been shut down, wearing it out faster since there’s no oil being pumped into the bearings.

>>> Related: Turbochargers and Superchargers: How are they different? Even the engine's turbo will suffer from revving the engine unnecessarily

The next time you’re about to shut off the engine, just make sure the gear shift lever is in the right position and the handbrake is raised (if you’re parking on an incline, make sure the car is properly chocked as well). No need to pump the gas just to rev the engine.