When do you need to replace your car’s timing belt?

Your car misfires? The timing belt could be due to replacement.

What is a timing belt?

The function of a timing belt isn’t so complex as compared to other parts of an automobile. A timing belt helps rotate the camshaft and crankshaft in a synchronized manner using either a rubber or metal chain, depending on the manufacturer.

This is the reason why intake and exhaust valves close at the right time, providing the ideal timing for combustion inside the cylinders. Despite the timing chain’s simple function, your car won’t be able to run without it once it snapped or is completely broken.

There is no definite mileage as to how long timing belts usually last. On average, timing belts last for around 70,000 km to 90,000 km, or around three to five years if your car is driven daily. The lifespan of your car’s timing belt can still depend on your driving habit and maintenance.

If you look at your car’s preventive maintenance schedule (PMS) from the manufacturer, you would normally see that timing belts are replaced around the said intervals. As such, PMS within the 70,000 km to 110,000 km are the generally most expensive services due to the timing belt replacement.

However, some car owners claim that their car’s timing belt lasted for more than 140,000 km. Again, the lifespan of the timing belt will depend on how you take care of it. Once it is showing signs of failure, you should replace it as soon as possible as timing belts are vital in engine operation. When do I change my car’s timing belt?

The best way to know when to replace your timing is through signs of failures your timing belt is showing. If your car is began showing one of the following signs, then it could mean that you need to change your timing belt already to keep the operation of valves in optimum condition.

The timing belt is installed in an engine to synchronize the rotation of the crankshaft with the camshaft. Camshafts rotate at half the speed of crankshafts. This means that for every rotation of a camshaft, two rotations of crankshafts have been undertaken.

If your car comes with a faulty timing belt, then the valve won’t open or close at the ideal time. As such, you will see smoke coming out of your engine. There are also other causes of smoke from an engine such as a faulty water pump so have your car thoroughly inspected to detect the root cause. Pullover if your car is emitting smoke from the engine

One of the most common results of a faulty timing belt is it prevents the engine from starting. You might hear the starter motor cranking when switching the ignition to ON, but the engine won’t fire up with a bad timing belt that needs to be replaced as soon as possible.

Another result of a faulty timing belt is your car’s engine will misfire. What an engine misfire does is that it doesn’t combust the fuel/air mixture in the cylinders properly causing popping sounds and strong vibrations. As such, your car’s timing belt should be replaced whenever it shows signs of failure. A timing belt can be made out of rubber or metal

A faulty timing belt can damage other systems in your car such as the oil. You will start noticing that oil is leaking from your car once your timing belt goes bad. Due to the imbalance in oil pressure, your car’s engine control unit (ECU) will sense it and illuminate the check engine light.

Of note, the check engine light does not illuminate only when your car’s timing belt is faulty. This also illuminates a wide array of faults in your car. To make sure of the problem, you can consult your trusted mechanic to avoid paying for timing belt replacement when it is not even required. 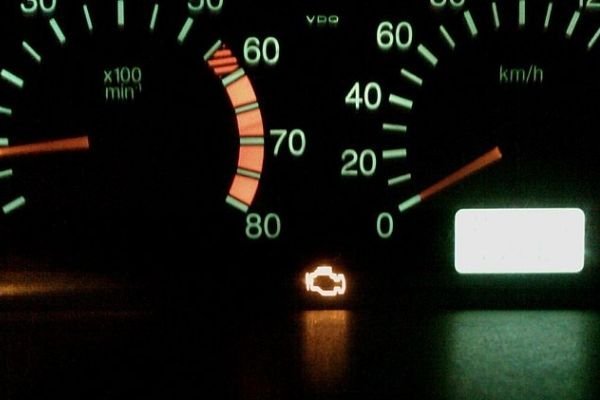 As said earlier, a timing belt has a lifespan that you should consider when you’re thinking of replacing it. Timing belts might not last for a very long time, but it should be enough if you are considering replacing your car with a new one after 100,000 km, or around five years of ownership.

Once your car reaches around the 70,000 km to 90,000 km mark, inspect your car with the signs said above. If you aren’t familiar with the inspection, you can always visit your local automotive shop for a piece of professional advice. But if you follow your car’s PMS as prescribed by your chosen dealer, then replacement shouldn’t be much of a burden. Serpentine belts are easier to replace than timing belts

Now that you are certain that your timing belt is damaged, then you need to replace it to keep your engine running. The price for a timing belt can vary depending on the model that you drive. It can range from Php 1,900 to Php 3,400, excluding labor.

>>> Related: List of 10 most trusted auto services centers & repair shops in the Philippines

Q: What is a timing belt?

A timing belt synchronizes the rotation of the camshaft with the crankshaft.

Q: What is a serpentine belt?

A serpentine belt connects the crankshaft to essential parts of your car such as the alternator and water pump.

Q: What is a timing belt made of?

A timing belt can be made out of either rubber or metal.