What are the symptoms of a broken timing belt?

Once you spot these, have your timing belt checked or replaced immediately

Now, we’ve written about timing belts before. For those who are unaware, however, this part is an elongated closed loop made out of rubber that’s responsible for keeping the crankshaft’s rotation in-sync with the camshaft. As such, it plays a key role in making sure that the valves open and close at the right time during an engine’s exhaust and intake strokes. Timing belts vs Timing chains: What are the differences?

The timing belt shares the same functions as the timing chain. The only difference between these two is that belts are usually made out of rubber, and chains are made out of metal links hence its name. To this end, chains are less likely to snap. In some instances, they will last for thousands of kilometers before requiring any sort of repair.

Regardless, both timing belts and timing chains can break down. So, what are the symptoms of a broken timing belt?

Strange Noises – One early sign of a failing timing belt/chain is a ticking noise coming from the engine bay. Do note though that this can also be a sign of low oil pressure. In the case of timing belts, the ticking noise can result from non-synchronized or poorly synchronized internal engine parts.

Engine won’t start – A completely broken timing belt will prevent you from starting your engine. If you try to start it, you’ll hear your starter motor and even your fuel pump come to life. The engine, however, will not turn over at all. In turn, a catastrophic timing belt failure (a snap), will likely occur while you’re already driving. In this case, your car’s internal parts might have suffered as a consequence. The most common problems caused by a timing belt snapping while the engine was running are bent valves, camshaft damage, and cylinder head damage.

Car check engine light is on – In many modern cars, a bad timing belt or chain will also result in the check engine pilot light coming on. 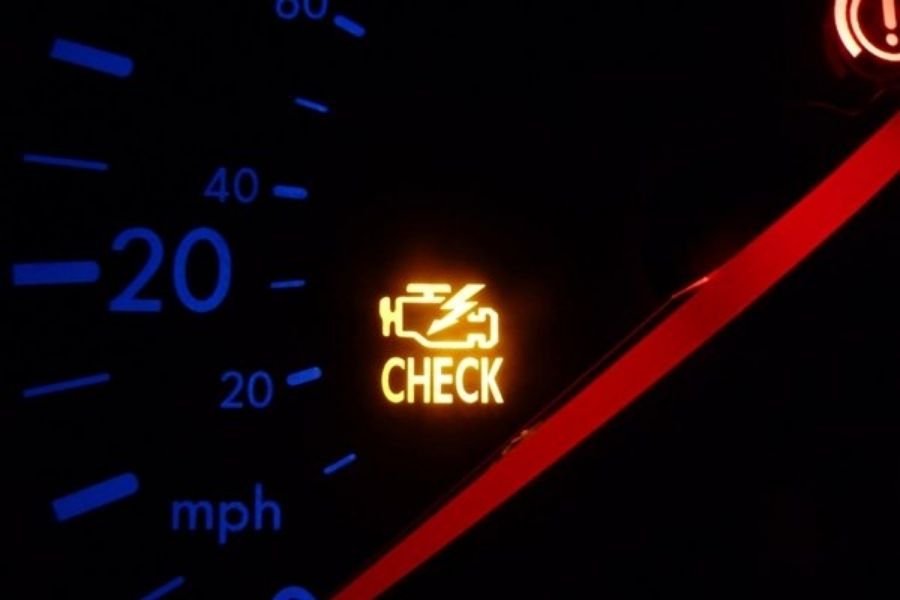 When to replace the timing belt?

As mentioned above, snapping a timing belt while driving is scary. As such, some of you might want to be proactive in maintaining the said part.

According to most manufacturer standards, a timing belt should be replaced every 70,000 to 90,000 km. That figure can depend on the make and model of the car, but that odometer range we’ve mentioned is a good estimate to remember. In addition, timing chains also need regular checks too. But since they’re more robust, they can last longer. At the least, a timing belt should be replaced at around 120,000 km barring significant problems. As good practice, we recommend checking your timing belt once in a while. Things to watch out for are worn down belt teeth, cracks on the belt itself, a wet belt (usually oil), worn timing belt edges, and sheared off belt teeth. Once you spot any of these, replace your timing belt immediately.

1. Why don’t all cars use timing chains if these are more durable?

Answer: Not all cars come with timing chains because of manufacturing costs. Acquiring and shaping rubber into a belt is much cheaper and making steel chain links.

2. What causes a timing belt to deteriorate prematurely?

Answer: There are many causes for premature deterioration in timing belts. The most common are incorrect tension, work-out idlers, the engine is too hot, oil leaks, among others.

Answer: A typical timing belt is made by combining rubber and a high-tensile fiber.

4. How do I know if my engine timing is bad?

5. Can I still drive a car with a bad timing belt?

Answer: Yes, you can drive a car with a bad timing belt but we do not recommend doing so. Be aware that a deteriorated belt might snap off at any moment while operating the car. If this happens, it may result in even more engine damage.