5 common car tire myths that have finally been debunked

Read on to find out what we've put a wrong interpretation on car tires.

Every part of a car has an important role to take, no matter how small they are. The tires are one of those external and big parts that have major responsibilities, which most drivers do not really recognize. They are the ones that carry the weight of the car, as well as ensure that your car has the right grip on the road. That said, we here at Philkotse.com will give some light to the most common car tire myths. 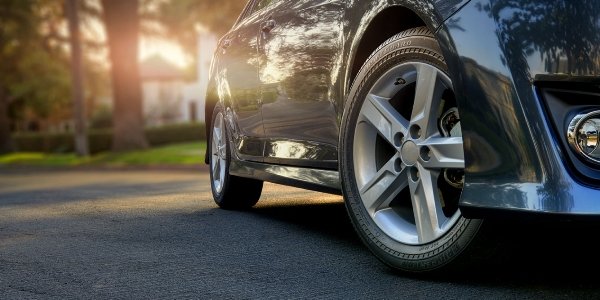 The goal is to make you familiar with the ins and outs of car tires so that you will always drive safely on the Philippines roads. Similarly, debunking these myths will ensure that you know how to maintain your car tires, when to change them, and the like.

I. Why are there myths about car tires?

As similar to every little thing, misconceptions about car tires have been passed on from one generation to another. These are often the common practices and knowledge that have been “proven” by the oldies. This is the dilemma that most manufacturers face since old tales are hard to break.

Another reason why there is a lot of myths about car tires is that people just won’t rely on the tire’s and car’s manuals or refer to the manufacturer. They would often seek advice from their relatives and friends, just because of trust issues.

Let’s admit it: We, Filipinos, often have the common thinking that manufacturers are not trustworthy enough because they are earning profits from their sales. These, however, poses more danger than we think.

Below are car tire myths that have been passed around for years plus the truth behind all these myths.

#1. The maximum air pressure your car tire can take is the one printed on its sidewall.

It should be noted that the car tire pressure on the sidewall of the tire is the maximum air recommended for a certain car tire at a given load. The car tire still needs to work with the vehicle itself, as well as the weight of the car. Hence, the max air pressure is provided by the vehicle manufacturer rather than the tire manufacturer.

#2. Tires with uneven wear are defective or there are components that are broken.

Most of us will assume that tires should wear down evenly because of how they work or they contact the ground in a similar manner. However, there are things that cause the uneven wearing of the tires, and they are not just because of malfunctioning components or completely defective tires. Some of these causes include poor wheel alignment, improper air pressure, and insufficient rotations. Thus, when you see the uneven wearing of tires, you should bring it to the expert to have it evaluated.

Uneven car tire wear should be evaluated by experts

#3. As long as there are treads present, the tire is safe to use.

Most experts have suggested that checking your car tires’ tread depth is one of the ways to know when it is time to replace them. However, it always does not mean that as long as a car tire contains enough treads, they are safe to use and do not need replacement.

Generally speaking, car and tire manufacturers recommend that tires should be replaced after five or six years. That is because even if they still look good, they are already “old” enough and won’t be able to function as well as before.

To know when that certain lifespan is reached, check out the sidewall and look for the “DOT” letters. There are four numbers imprinted which indicate the week and year the tire was manufactured. For example, if the numbers are 3507, it means that the tire was made on the 35th week of 2007. After using car tires for a long time, it is best to replace them with new ones, you can take a look at our article on the best tires in the Philippines. 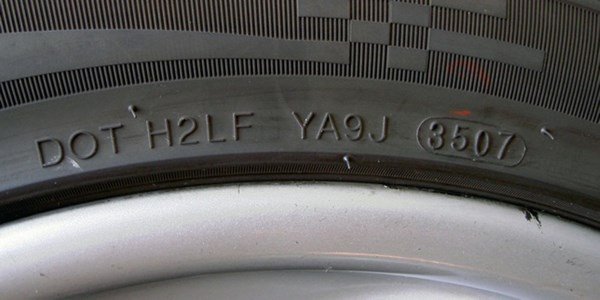 #4. When you only replace two tires, the new ones should always go in front.

Drivers should always remember the fact that the rear tires are the ones responsible for providing stability. This means that they provide the right grip on wet and damp grounds, which is common in the Philippines, when you hit the brakes, as well as when you steer.

So, it is always best to have the best tires at the rear, especially since without stability, the car might spin on wet and damp roads during sudden breaks and turns. This does not mean though that you have to ignore your front wheels.

>>> Recommended for you: When should I replace my tires & How to buy suitable ones?

#5. Spare or compact tires can withstand long-distance and any-speed driving.

Every driver knows that each vehicle has a designated spare or compact tire that can be used in case of emergencies. The common misconception though is that they believe that such a tire can be used to bring them to their place of destination. Spare tires are designed in a different manner

The truth is that spare tires are not as robust as the original tires. That is because they are only designed to help you reach a safe destination where you can bring the original tire for air and repair. These places include gas stations and vulcanizing shops. Similarly, these tires are also not suited for driving on a high speed.

Definitely, there are other common tire myths that haven’t been discussed in this post by Philkotse.com but we made sure that the five discussed above are the most important ones. They are also the ones that run through the head and memory of most Filipino drivers.

Just remember that it is always best to trust the car and tire manufacturer’s manual whenever when you have doubts about your tires. It is also great to talk to experts and have them evaluate your tires. Lastly, your car tires work hard, so never take them for granted!