10 reasons of a weak car battery

The following is the list of 10 main factors that lead to a malfunctioning or weak car battery.

When your car is unable to start or the headlights are dimmed, weak battery could be the reason. Philkotse.com has put together 10 most common factors that can lead to a weak car battery. Look through our list to make sure you are taking care of your battery properly.

How to Test a Car Battery with a Multimeter

1. Keep the car at extreme temperatures

Car owners should avoid parking their vehicles under the sunlight for too long or in a small and narrow garage, which prevents dissipation of the heat from the engine after a long trip. The chemical composition and parts of the battery will be severely affected when operating in extreme hot or cold temperatures, resulting in poor battery life.

Some car owners do not pay attention to or may forget to turn off the lamps, lights, radio and all electrical equipments when they leave the car. If left unchecked, these devices could possibly operate overnight and drain the battery power. The result would be the battery running out and the car unable to start in the next morning. 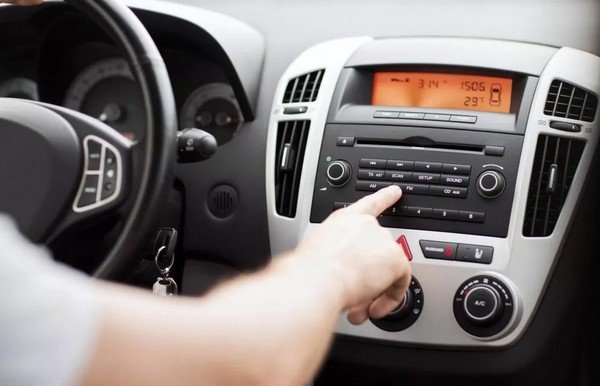 New generation cars are equipped with many modern intelligent features. Some of which remain active or partly active when the car is turned off, and continue to consume battery power. Examples could be anti-theft systems, remote starter, surveillance camera... Even though these devices only consume little power, if the car is put away and left idle for a long time, then the consumption becomes significant and could possible drains out the battery completely.

>>> Read more: Use your car at least twice a week to protect its crucial parts

Nowadays, modern cars are equipped with many small devices that serve a variety of smart features such as remote unlock and starter, security alarm, camera, radio receiver and various types of sensors ... If one of these devices had problems such as short circuit, there would be excessive power consumption, resulting in battery overload. Therefore, if you see your car battery runs out abnormally, it is best to have electrical devices in your car checked by car maintenance to make sure there is no problem with any of those.

5. Drive only for short distances

The automatic charger will not have enough time to charge the battery if the car only operates in short distances. The reason is the same as for your phone battery to quickly lose capacity if you plug in and out the charger constantly. Frequently-used cars in the city are experiencing this problem, because the battery has to generate a lot of power to ignite the car but then cannot be fully recharged.

The technician recommends the optimal driving distance to keep the battery in good shape is from 10 to 20 minutes of continuous driving. For car owners in the city, it is recommended to drive a long trip at least once a month so that the battery can be recharged. The battery can automatically charged when the car engine operates. However, this automatic supply of power may not be sufficient to cover power consumption of all electrical devices, especially in modern cars. That is why many drivers now have to pull over the car in the middle of the road just because their cars suddenly stop functioning.

In such cases, a specific car battery charger will be used, and there is nothing more to talk about if it is used correctly. But otherwise, using the battery charger the wrong way will also cause short-lived battery. Only an experienced car professional can be able to diagnose and determine what could possibly went wrong with battery charging; so unless you know exactly what you are doing, don’t charge the battery yourself, but instead, call for car rescue.

7. When cars are flooded If your car stops working from being submerged in water and you try to restart the car, water will possibly leak into the wires and plugs and circuits, doing all sorts of harm to the power source. This is one of the reasons why the power supply capacity is rapidly depleted after the car is flooded, and not to mention many engine components could break down.

Even if the battery is temporarily functional after the flood, water could already make its terminals rusted, leaving the battery vulnerable to damages. Therefore, make sure to have the battery checked immediately after your car is flooded.

The car's generator is the component that converts electrical energy from a car's engine into an electric current to charge the battery on a regular basis, and also providing additional power to power-consuming devices in the vehicle. If the generator diode is malfunctioning, the battery will not be charged. Sometimes, it also causes an abnormal electrical current even when the engine is turned off, which could be dangerous.

>>> Related: Car battery drain overnight: 5 Possible causes and How to fix it

9. Battery is not checked regularly The level of battery acid cannot be checked except by car maintenance service. In addition, the terminals and electrolyte can also be contaminated from dirt and dust after a long time of usage, which will significantly reduce battery efficiency.

Automobile experts advise car owners to regularly wipe clean any dirt attached to the surface of the battery tank to avoid rapid deterioration and inefficient operation, and if possible, have the battery check regularly by car maintenance service.

Bad battery or bad alternator, how to tell the difference

Older batteries will lose their ability to automatically recharge with as much power as new ones. Normally, the life of a car battery is around 5 years, but depending on many factors it can last for up to 7 years. After this time, replacement is necessary.

Old battery could be a reason for a car not being able to ignite and start, but there could be many other reasons. So if you cannot start your car, don’t rush at replacing the battery, because it could be possibly well functioning even after a few years of usage. Only a skilled car technician could figure out the exact problem: whether it is problem with the battery, or with wires or other problems.