The Mazda Kai Concept has been officially kicked off at the ongoing 2017 Tokyo Motor Show. The concept is supposed to preview the next-gen Mazda 3 compact hatchback. 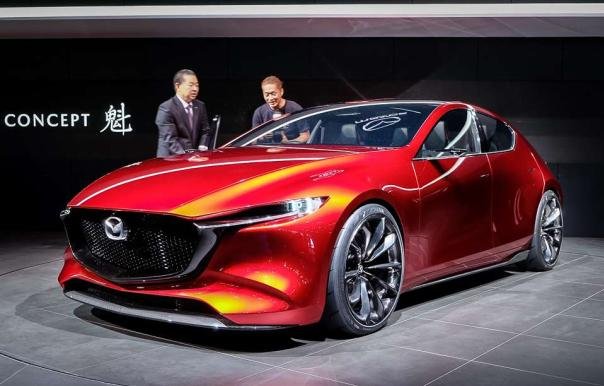 As we informed you previously, Mazda will apply the state-of-the-art Skyactiv-X engine to the next-gen Mazda 3 in 2019. Accidentally, the showcar is allegedly equipped with the same engine and sits on the brand’s latest Skyactiv platform to boot. So, it’s very likely that the Kai here is the Mazda 3’s successor or at least, the pioneer of future Mazdas. The showcar is allegedly equipped with the Skyactiv-X engine

Taking a glimpse of the Mazda Kai Concept, we can easily realize Mazda’s iconic Kodo design language but some details have been tweaked such as a new front grille flanked by slimmer headlights, a longer hood, thicker C-pillars, more rounded rear, a sloping roof line and repositioned exhausts. Besides, sharp character lines also canter along the car’s length, providing the bodywork a better flow. And, do you spot the RX-Vision concept’s taillights in the hatch?

>>> Here on Philkotse, we have plenty of Mazda and other used cars for sale, check it out! 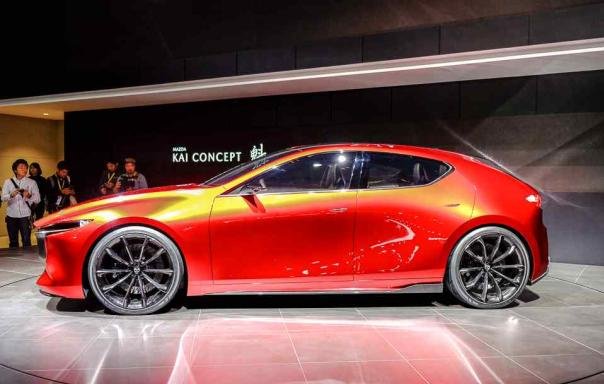 Do you spot the RX-Vision concept’s taillights in the hatch?

The modifications also cover the inside. Specifically, it is re-engineered with a minimalist approach to give users the most comfortable and exciting driving experience. The most instantly recognizable thing is that the previous free-standing infotainment display has now disappeared; instead, it’s attached to the dashboard. 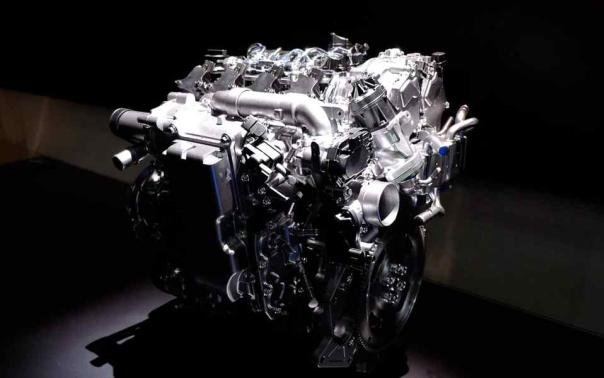 At last, hopefully the production version will hit the assembly line soon.