Is the Dzire better than the Mirage G4 on paper?

Subcompact sedans are favored here in the Philippines for a reason. They are relatively affordable, compact enough for tight city streets, and have sufficient interior space. Two of the most popular models in the country right now are the Suzuki Dzire and the Mitsubishi Mirage G4. But which is better on paper?

For this spec sheet comparison, we will be pitting the best of the best from each model. The top-spec Mirage G4 GLS 1.2 CVT against the Suzuki Dzire GL+ 1.2 AGS. Let's find out which sedan is better on paper Overall, the Mitsubishi made sedan is longer in both wheelbase and overall body length, while the Suzuki-branded sedan is a bit wider. The Mirage G4 also has 25 mm more ground clearance, which is impressive for a sedan. The Suzuki Dzire’s 145 mm ground clearance, however, is more than enough for dealing with poorly maintained paved roads, and even unpaved, rough roads.

In terms of exterior equipment, both the top-spec Dzire GL+ and Mirage G4 GLS are equipped with halogen headlamps, front fog lamps, halogen turn signal lamps with side repeaters, as well as a set of 15-inch alloy wheels. The Dzire however, does get LED taillights, while the Mirage G4 only has halogens. Which roofline do you prefer?

Inside, both the Mirage G4 and Suzuki Dzire can comfortably fit five occupants including the driver. Both also have a manually adjustable driver’s seat, fabric clad seats, and a tilt-adjustable steering wheel.

The Mirage GLS however, has a leather-wrapped steering wheel and an automatic climate control system. In comparison, the Dzire GL+ comes with a urethane steering wheel, and manual air-conditioning. For on-board entertainment, the top-spec Mirage G4 gets a 6.75-inch touchscreen linked to two speakers. It also has offline navigation, Bluetooth and USB connectivity, and iPod compatibility.

In comparison, the Dzire GL+ gets a slightly larger 7-inch touchscreen linked to four speakers, with roughly the same connectivity options save for iPod connectivity. Under the hood, the Mirage G4 uses a 1.2-liter inline-3 gasoline engine capable of making up to 77 horsepower and 100 Nm of torque. Power is sent to the front wheels via a continuously variable transmission.

Meanwhile, the Dzire is powered by a 1.2-liter inline-4 that can churn out up to 82 horsepower and 113 Nm of torque. It also uses a front-wheel-drive drivetrain. Instead of the usual automatic or CVT however, the Suzuki sedan uses an auto gear shift transmission. This transmission type still uses actual gears and a clutch, but both are controlled by the car’s telematic control unit and electronic control unit.

Both models use a MacPherson strut-type front suspension and a torsion beam for the rear end. In addition, both vehicles have ventilated front disc brakes and rear drum brakes.

For safety, both the Mirage G4 GLS and the Suzuki Dzire GL+ are equipped with dual front airbags, anti-lock braking with electronic brake-force distribution, a car alarm, and ISOFIX. The Suzuki model, however, has an engine immobilizer as well as rear parking sensors – two features that the Mirage G4 GLS lacks.

As you can see from the tables above, every variant of the Mirage G4 is priced a bit higher than the Suzuki Dzire’s variants.

That might deter some penny pinchers, but note that the Mitsubishi sedan is an industry giant, and for good reason. It is currently one of the models that can trade blows with the dominant Toyota Vios after all.

Also, note that Mitsubishi’s dealership network is extensive here in the Philippines. Despite being an economy car, the Mirage G4 has a lot of personalities

The Dzire in turn is an equally potent car. Sure, it might have less legroom due to having a shorter wheelbase, but it is one of the subcompact sedans in the market that offer value for money features.

The Suzuki Dzire also makes more power than the Mirage G4, although some veteran users of traditional automatics and CVTs might have to adjust to the driving feel of the AGS.

And yes, it will behave differently than the aforementioned tranny types. The last and most important of all, however, is that the Dzire is priced significantly lower than the Mirage G4, which is always a plus in this day and age. With the small and compact Dzire, city driving will be a breeze 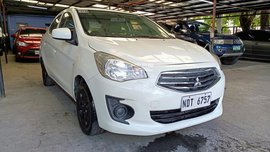 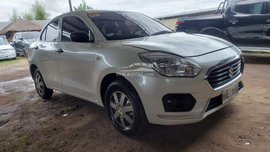