Things you might not know about Vehicle Identification Number (VIN)

It's time to decode the 17-digit vehicle identification number and its structure as well as the importance of VIN to every vehicle.

Upon purchasing a car, car dealers will offer VIN etching for additional security since it is an anti-theft measure. However, the VIN of each vehicle is more than just a deterrent to car thieves.

This set of numbers is the main hero in every quest for reliable information about every car in the world. For you to better understand the VIN, read on this article from Philkotse.com.

The VIN is the acronym for Vehicle Identification Number, and it is called by many names. Sometimes it is called VIN code, body number, simply “VIN”, or most of the time, it is redundantly called VIN number, but basically, it is the same thing serving the same function.

Simply put, the VIN of each vehicle is like its fingerprint. It is a unique code utilized by the automotive industry to identify every car, motorcycle, bus, truck and even a trailer. The vehicle identification number of each car can actually tell you a lot about that specific car. 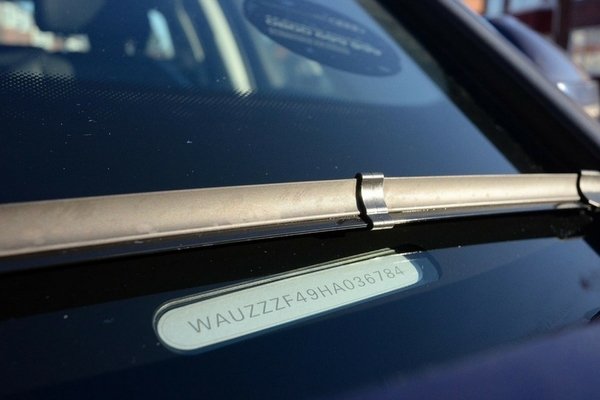 The VIN is the acronym for Vehicle Identification Number

This includes the country of origin, airbag type, model year, engine size, trim level, as well as the plant name. In addition, the car's VIN is also the key to safety. Just visit the National Highway Traffic Safety Administration and enter the VIN in the free search tool. You’ll see if that certain car is subject to a recall. 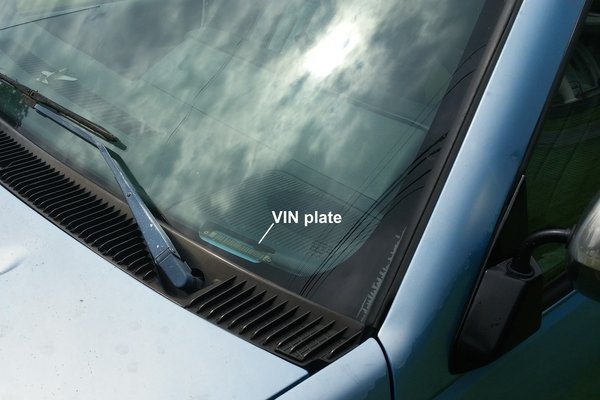 Commonly, the VIN is stamped on the firewall of the engine, in a plate mounted in the driver-side door jamb, or on the dashboard near the windshield. Commonly, the VIN is stamped on a plate mounted on the driver-side doorjamb

>>> Read more: 7 essential documents needed when purchasing a car in the Philippines

2. Origin of the VIN

As we’ve mentioned earlier, the VIN of the car can tell you lots of information. The first VINs originated in the United States of America and there’s no accepted universal standard, that’s why car manufacturers used different formats.

It was until 1981 when the format of the vehicle identification number was finally standardized by the USA National Highway Traffic Safety Administration.

That's the beginning of the 17-character vehicle identification number made up of capitals and digits. Since then, all on-road cars should have standardized VIN. Additionally, the letters Q, O and I cannot be included to the VIN to avoid confusion with the numbers 0 and 1.

Theoretically, the very complex and specific structure of the VIN should guarantee that each vehicle manufactured since 1981 has a distinct and unique identification code.

This is why it’s almost impossible to spot two cars having the same vehicle identification number. It enables car manufacturers to assign a specific code to the specific vehicle and easily track its history. 3. What do VIN symbols mean?

Let’s decode and find out how car manufacturers assign a specific vehicle identification number in a specific car.

The 1st group of three letters and numbers in a vehicle identification number make up the WMI which stands for World Manufacturer Identifier. So, the first three characters will determine the place where the car is produced. 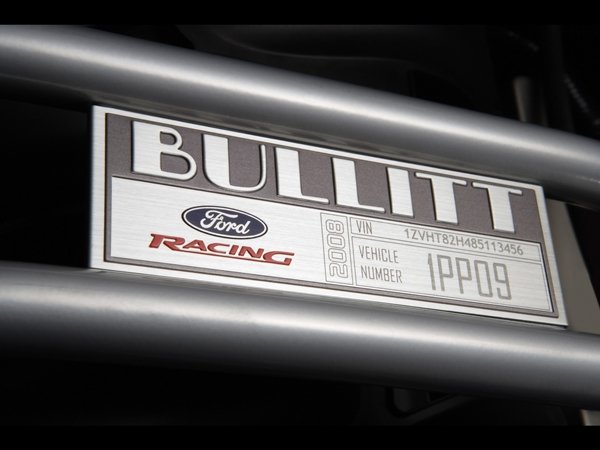 The VIN of each vehicle is like its fingerprint

>>> Grasp your attention: 9 signs to check a used car for accident damage.

The next 6 codes owning the 4th to 9th positions are the vehicle descriptor position.

The next group of 8 characters is the vehicle identifier section; it owns the 10th to 17th position.

This part might also be a bit confusing. To explain a little further, let us show you the corresponding letter or number form the model years 2000 to 2020. 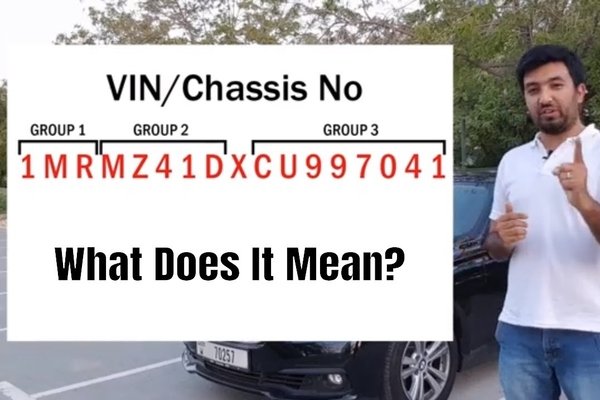 VIN is classified into three groups