The Top 4 Off-Road Cars in the Philippines

If you want your car bulky and strong to endure the off roads, here are 4 of the best off-road cars available in the Philippines.

The hype for off-road vehicles has been with car enthusiasts from all over the world. From car manufacturers to the distribution process, off-road vehicle-lovers have a knack for knowing what’s hot and what’s not.

With all the fancy new upgrades, tech and GPS utilization that seems to make up the contemporary off-road vehicles scene, the criteria for listing down these chart-topping vehicles won’t just be about the modern add-ons. This will also involve the power, terrain adjustability and durability of each vehicle.

So, what are the beefiest off-road cars in the Philippines? Philkotse.com has compiled a list for your reference! Do you want your car strong enough to endure the off-roads? Here are 4 of the best choices available in the Philippines

The Toyota Land Cruiser Series is a family line of heavy-built vehicles. They belong to the SUV and off-road vehicle class. This is one of Toyota’s longest-running series of manufactured vehicles and it doesn’t fail expectations even with its earlier models. This particular line of vehicles started in 1951 and the production of contemporary models still continues today for the Toyota Land Cruiser 2018.

For a more budget-friendly option but still has the flexibility and toughness of an off-roader, you may want to consider the Toyota Land Cruiser Prado 2010 and the like. This bulky vehicle is an AWD or all-wheel drive and is assumed to be the biggest among all the land cruiser series.

Starting from the vehicle’s interior, it definitely tells how much its worth:

Did we mention it has state-of-the-art safety features?

Learn more about this vehicle via our Toyota Land Cruiser 2018 review.

The Chevrolet Trailblazer is a middle-sized vehicle classified as an SUV. It built its reputation upon the quality and practicality of the American brand’s name. Its also recognized for ease of drivability and performance. The front face has the dual-port signature grille which carries the brand logo. What’s in store inside the Chevrolet Trailblazer cabin?

What makes the Chevrolet Trailblazer a true trail-blazer?

In the Philippines, the Trailblazer is said to go head-to-head with the iconic Toyota Fortuner. You can look through our Fortuner vs Trailblazer comparison review to gain more insight into this spec battle.

The Mitsubishi Montero Sport is one of the most popular models in the Philippines. It initially gained popularity as a top choice as a family car but that didn’t last long. It soon showed car owners how reliable it could be on and off the road. The line up is now at its 3rd Generation with a re-designed ‘’Dynamic Grille’’ which the line-up carries. 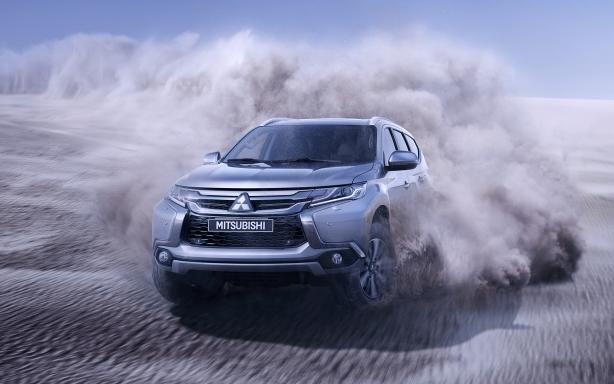 Taking a peek inside the Mitsubishi Montero Sport:

The Mitsubishi Montero Sport’s Safety Features are as follows:

Historically the name was Hi-Lux but modernized as HiLux. The model is carried and marketed by Toyota and is a light commercial vehicle. A lot of these models were modified by owners as pick up trucks and some were made to be cabs.

The current Toyota Hilux is at its 8th generation among its divine line of trucks. The newest addition to the Hilux family is re-designed with added luxury and an engine with more kick. According to the latest price list of the Toyota Hilux, you can own a base variant at P814,000, while the top-spec Hilux Conquest will cost you P1,777,000. The body displays a sleeker but sturdy build that showcases its ability to tread on any diverse terrain.

Looking into the Toyota Hilux’s Cabin:

The Toyota Hilux’s performance is defined by these features:

Follow us to get more useful advice on car buying in the Philippines!