[Philkotse reveal] Why carmakers are ditching the spare tire?

Explaining why car manufacturers are ditching the spare tire and why most modern vehicles are not equipped with a spare tire upon purchase.

With the changing requirements and needs of this generation’s car buyers, the manufacturers and suppliers are obliged to innovate not only to provide what their consumers need but also to keep up with up with the competition.

That’s why along with other slow but sure changes that happen in society, these manufacturers are also introducing new innovations to people who want to buy cars.

If you’re in the business industry, you’ll know that introducing an innovation to the market is not as easy as crafting it and then putting it up the market hoping that people would buy it. That same process is what also happens in the vehicle-manufacturing business; you simply can’t innovate and expect everybody to like and buy what you’re offering. 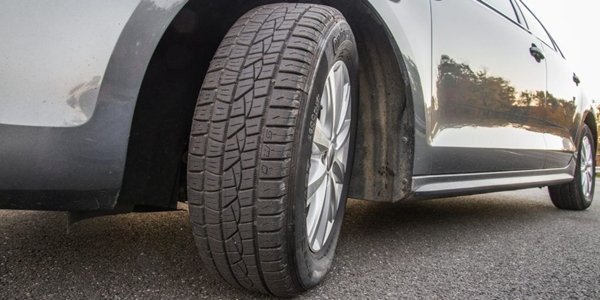 Spare tires are MIA in newly-bought vehicles: Fact or rumor?

From hybrid vehicles to solar-powered cars, to those that recognize biometrics – these are just some of the examples of vehicles that aren’t favorable to every buyer. Although in those examples, one of the reasons most people don’t like those innovations is because they can’t afford it.

But what if it’s not an extravagant spend or a total want but a mere “need”?  In this case, we’re talking about the spare tire and why it’s going MIA in newly-bought vehicles. Read on this article from Philkotse.com to find out why.

1. Spare tires are MIA in newly-bought vehicles: Fact or rumor?

According to a study conducted by the AAA, vehicle models from 2017 aren’t equipped with spare tires anymore. This group is almost one-third of all the vehicles that are available in the market.

Despite the rising numbers of vehicles being released into the market without a spare tire, it seems that a lot of car-shoppers aren’t really too bothered about it. That is, of course, until they end up getting a flat tire.

AAA added that in 2016, they had a record of incoming calls that amounted to 450,000. All these were calls from vehicle owners who experienced a flat tire but found out that there was no spare tire anywhere in the car. 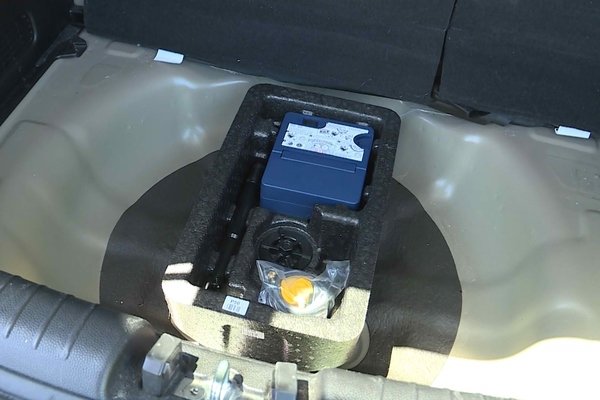 >>> Check out: Everything you need to know when having new tires.

2. Why did automakers leave out spare tires?

Automakers and producers aimed to make money out of the satisfaction of customers, so there’s no way on earth that they’d build cars just to disappoint. So what could be the reason that auto-manufacturers are ditching the concept of the spare tires and causing mass confusion among their customers?

It ought to be a good one since the company is ditching not only the spare tire but also the ability for vehicle owners to fix their rides in case they blow a tire. To add some light on the subject, here are some of the reasons why carmakers pass on the idea of spare tires: 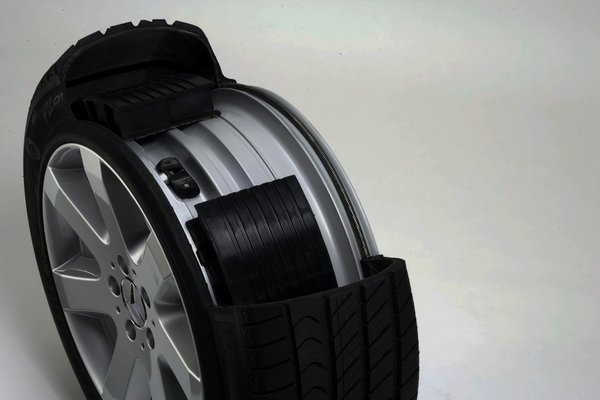 The vehicle you purchased has a run-flat tire instead

3. What are run-flat tires?

Run-flat tires are another one of those innovations that harbor questions whether the public really wants it or not. These types of tires feature a sturdy internal sidewall that’s also packed with reinforcement.

Run-flat tires are designed to travel 80.4 kilometers more (or up to 50 miles) even after getting punctured. That’s if the driver stays at a speed not exceeding 80.47 kilometers per hour or 50 miles per hour.

The major drawback of this type of tire is that they immediately have to be replaced once they’re damaged. And if you haven’t realized it yet, run-flat tires aren’t cheap, and they’re also not easy to find.

>>> Also check: Tubeless Tire Technology for cars: All you need to know. One vehicle manufacturer that utilizes run-flat tires is BMW. If you’ve ever driven or owned a BMW that was manufactured just a few years back, the chances are that it also doesn’t have a spare tire.

The manufacturer is famous for being one of the leading producers of high-quality, classy, sophisticated and elegant cars, that may just be why they’re leading their designs with no spare tires and a run-flat tire instead.

Some of the high-quality run-flat tires in the market are supplied by Bridgestone and Pirelli. Other vehicles that are also equipped with run-flat tires are from Mercedes-Benz and some Mini Cadillac sedans. One vehicle manufacturer that utilizes run-flat tires is BMW

>>> You might want to know: 10 kinds of tire wear can indicate a car’s general condition.

4. The automakers are cutting on cost

It’s actually hard to say which is cheaper – equipping a vehicle with all four run-flat wheels or providing one spare tire and tools? Until we know how much these options cost and what are the basis of manufacturers for choosing whichever, we can’t really confirm if vehicle manufacturers are actually cutting costs when they go for run-flat tires instead of a spare.

One of the leading dealerships in the Philippines, Hyundai, was once accused of ”cutting costs” for ditching the spare tire and replacing it with a tire mending kit. However, Hyundai representative, Michelle Tinson, explained that it’s not because they were cutting costs, but they were merely cutting down on the vehicle’s weight.

A Hyundai representative explained that the main benefit of ditching the spare tire and replacing it with a mending kit instead is losing approximately 25-pounds in weight. Ms. Tinson also said that their automotive engineers were constantly looking for ways to improve their vehicle’s fuel efficiency. Sadly, weight reduction seems to be one of the best ways to do it. To put simply, reducing the total weight of the vehicle increases its fuel economy. Tire Rack even tested a few methods of their own and found out that incredible weight savings can improve a vehicle’s fuel efficiency by up to 1 percent. This number may seem awfully small for us.

>>> FYI: Fuel-efficient tire: Is it worth your choice?

However, for the automaker, this means big digits in the long run. That 1 percent fuel efficiency improvement can add a boost to the vehicle’s overall fuel economy that they can add to their marketing strategies later on.

This, along with fuel consumption averages, are one of the first factors that buyers look at when they are shopping for a vehicle to buy.