Read on and learn why Chinese cars are the next wave of autos that will shake up most major car brands.

Chinese car brands are on the bottom of the cars to get list. But, with green tech and continual upgrades they are fast making a name. Offering a variety of options for the car buying public.

I. The rise of the Chinese hybrids and electric cars

For so long in Asia, the byword of cars is Japanese or Korean, and Indian cars are sold too. One of the initiatives of the Chinese auto industry is the rise of greener and environment-friendly cars.

In the US where electric and hybrid cars are getting more exposure, this is parallel to Chinese initiatives as well. Asia has long been dominated using the dinosaur combustion engine, but Chinese auto-makers are fast-tracking alternative green tech. These automakers are trying to lessen reliance on oil, and develop more markets for hybridized and electric cars. It isn’t without its problems, but hopes for less gasoline and diesel driven cars could be realized by 2030. The Philippines will benefit immensely; from this and with a government push, our proximity may make Asian hybrids readily available by 2020. China’s green initiatives have challenged western automakers to step up greener tech because of it. The power of Chinese auto manufacturing is a big factor, and Chinese models are the next wave for Filipinos soon.

In fact, Chinese cars has step by step proved themselves great alternatives for Pinoy motorists. This can’t be ignored; and it is felt by the presence of many showrooms with Chinese cars, all lined up for their next buyers! A Chinese auto may be in our garages soon, because of other factors besides green tech.

II. Stepping up the price advantage!

It’s no secret that Chinese car brands are the next wave because they are rolling out varieties of car options. Japanese and Korean cars are still the top choices, although some strategies employed by Chinese automakers are forcing them to make changes in how they sell their wares. One thrust is the price point and features offered that often trumps similarly priced Japanese or Korean cars. This is seen all over the place and for some reason; more powerful powerplants are installed in entry-level cars. Noticeably some trusted brands tend to have the same undercarriage as Chinese competitors but at a higher price!

More than often, the reason for knocking down Chinese brands is “quality”, but that would be debatable since it all comes down to maintenance. This card is often thrown as shade, and Chinese car makers are producing quality cars and green cars with improved diesel engines too.

III. Brand loyalty can be limiting our options

Is a Chinese car a viable choice or does brand loyalty blind us, to the advantages of “other products”? What factors do Chinese cars excel at and what benefits does it have over traditional choices? Here Philkotses.com draws some comparisons that make a compelling argument!

Chinese cars aren’t gun shy when it comes to engines because some Chinese sub-compacts offer larger displacements compared to their rivals. Knowing larger engines offer more pull and power, that relying on an underpowered engine that is fuel efficient but with severe limitations.

Getting a coveted high-safety rating is important for all automakers but Chinese autos do a one up! A feature like Electronic Stability Control (ESC) is added to a Haima 2 and Foton Thunder, sometimes Japanese and Korean cars omit this to save costs! But, Chinese car brands would add it and include extra features. Contrast it to other car makers, which would mean a bigger cost with fewer options!

3. Reverse engineering of other cars by Chinese car brands

This where the Chinese car has their Achilles heel; but in doing so, it quickens the updating of auto tech. Why should premium features come at a cost for car buyers, just because it's Japanese and Korean-made? Denying Chinese cars, a chance to prove their worth based on a biased needs re-assessment and should be revised! 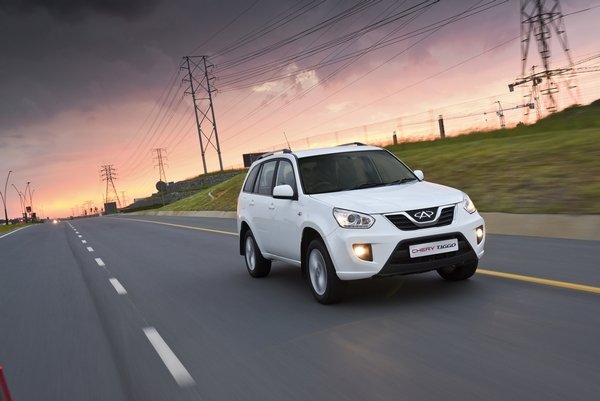 Is a Chinese car a viable choice or does brand loyalty blind us, to the advantages of “other products”?

Cars should have enough features to perform at a maximum but omitting features to lower costs to the detriment of safety and reliability is a detriment to the maximum. Having a fully equipped and spec’d out auto will make a difference but omit some features, then quality goes low. Reverse engineered Chinese cars provide us with the best options, compared to branded cars that cost more with lesser options.

Functionality is the by-word of a Chinese car, and it comes with horsepower and torque when needed. Japanese cars especially the compact and sub-compacts tend to run lower numbers for the sake of fuel efficiency. Take a Japanese sub-compact that runs a Ps of lower that 70+ and a torque hitting less than 100, which is underpowered by any means. Take a similar Chinese car that peaks at an Nm of 90+ to 100+, which means it can accelerate better.

Most Chinese cars tend to be generous with power and torque in their affordable cars, which is a contrast to other brands sold at a higher cost because of it.

Competing against established brands is not easy, especially Filipinos who are too brand conscious. The bottom line of a Chinese car is that it delivers with everything all-in for a lesser cost. Chinese cars are the next wave and it is happening now, and a Chinese car will shine as a great option in due time.

III. Some Chinese cars to consider as the new ride

Now, here are the options why Chinese cars are the next wave of the auto revolution. Let’s check out what they offer. Just a reminder but some of these Chinese cars have a resemblance to some recognized brands though.

A hybrid that is also a sports sedan that is available now, for P2.448 million which isn’t cheap. But it is a step towards the right direction that uses clean energy too. It not that good but it has 3-driving mode like HEV-SPORT, HEV-ECO, and Pure EV combining the gas and electric power. The horsepower is 300 Ps which is equal to that of mid-sized pick-up or SUV. Any takers? 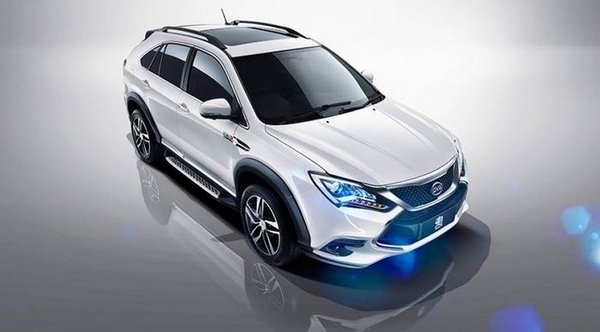 A hybrid that is also a sports sedan that is available now, for P2.448 million which isn’t cheap

Another offering from BAIC that’s almost a mid-sized sedan; with 1799 cc. and has 179 (Ps) and 240 (Nm) that is what a bigger sedan would have, despite the size difference. With the other specs like McPherson and Independent suspension that is found on branded cars. The engine is a 1.8 Turbo that is a good upgrade over other options like DOHC which is common. Not available yet, but a good choice none the less with SRP unknown as of this writing which may need confirming. This is a compact SUV offering that comes with a P1,648,000 SRP that comes with goodies to match similar Japanese options. It comes with a 2.0 L TiD Euro 4 engine that puts out 151 Ps and 320 Nm of torque under the hood. Slow on acceleration, but torque is almost equal or more to other SUV options. At this price which is a steal and similar options are only 1.5 L compared to its cost.

If both the brand-bew BYD Qin and S7 are big-budget models, presumably used BYD cars are more attainable. So, take them into account!

At first glance, it won’t look like a Chinese car; but the mild surprise will follow when the marquee is noticed! Surprise but more with more generous specifications that includes a front wheel drive drivetrain, (139) horsepower, (182) torque that comes with a 2.0 L engine and a modern continuously variable transmission (CVT) as icing on the cake! As if this time, no price updates or whether available but it’s a worthwhile Chinese car to look out for.

At first glance, it won’t look like a Chinese car; but the mild surprise will follow when the marquee is noticed

It's 940,000 SRP looks much better and comparable to more expensive options, with a similar cost like some expensive sub-compacts. It goes head to head with other compact SUVs, and gives them a workout for overall value for money.

With a 1.6 VVT engine; that packs a wallop with 116 horsepower and 155 Nm of torque which gives other SUVs a run for the money. Get a premium CVT transmission; with convenient shifting and is a premium feature that is used on more expensive potions. The JAC S3 is an affordable option and offers bang for the buck, also a good alternative to consider. 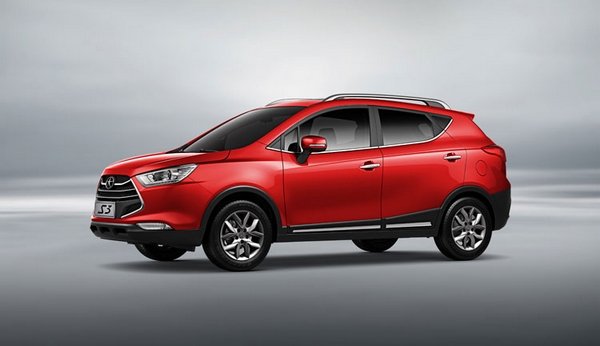 It's 940,000 SRP looks much better and comparable to more expensive options

Chinese cars are catching up or are already there technologically but are newbies feeling their way around. All these options represent what capabilities their cars have and should not be discounted as inferior. The competition will drive these Chinese car makers to surpass their rivals, which is the essence of innovation.

It can’t be denied that Chinese cars are the next wave, and rising costs of Japanese and Korean cars can be expensive for fewer features. In due time; these alternative cars will be mainstream, and most features will be standard, not optional. Leap onto the Chinese bandwagon; to benefit from the lower price points and feature points!

Sure thing, if Chinese-branding models cannot win you over in the end, think about Japanese, Korean, European or American brands.