Best tricks to outsmart a used car salesman in the Philippines

Wanna outsmart a used car salesman? This article is absolutely for you.

Buying second hand cars can be tricky, here are the best methods to use to outsmart a used car salesman and beat them at their game. Simple and easy tips to follow.

Second-hand autos are plentiful and instead of a new car; this is another option to consider. Compared to brand new autos they don’t need much paperwork, or any complicated agreements to go through. Some of the things to go through is doing research on the kind of car you like and how much will be spent on the purchase. Also going through car ads and locating the preferred vehicle will take time to, although it is unavoidable in the process. 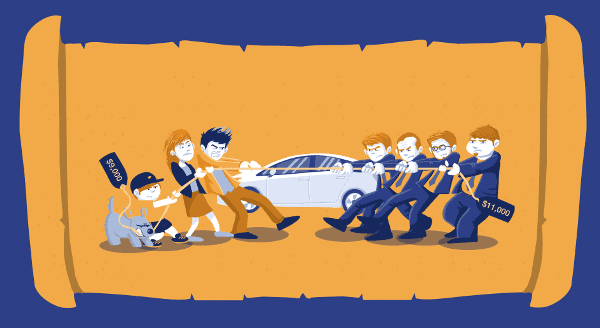 The best thing to do is negotiate with skill so that you’ll be able to outwit second-hand auto salesmen, when in the deal stage

While doing all the research to look for an option, you’ll make the first contact with the seller who may be a private individual or a salesman at a used car lot. Realistically all your research about the rest will get thrown out the window, when the seller is in front of you! Buyers will never get everything they want because negotiating for a final price on a used car will be something else too. Yes, everyone wants a bargain but the seller has got a stake in it too. No way that when the negotiating ends that the salesman won’t anything out of it! Yes, car salesmen know many tricks to make more deals. The best thing to do is negotiate with skill so that you’ll be able to outwit second-hand auto salesmen, when in the deal stage.

What to look out for when negotiating with car salesmen

Not to dissuade; but when on the negotiating table you’ll need to know what you’re getting and pay the right price! The cold fact is that sellers will jack up then price because of many reasons, even price an older model a bit higher if they can get away with it.
It’s important to establish control of the negotiation from the start, also have all the cards on the table is important. Keep focus on the vital points of the negotiation and take it from there. The ultimate goal is get the best deal for it, whatever squid tactics thrown at you and outsmart a used car salesman. In any negotiation, the greater stake will be on the salesman, and expect slight of hand and be prepared.

How to negotiate with car salesmen

1. Buying a second-hand car is not easy!

You’re entering a shark tank when in a used-auto mart and you’ll be chopped liver without knowing the process. There will be blood unless prepared for it with buyers going in blind. This is a minefield for unsuspecting buyers who are not prepared at all.

Used car salesmen will be looking for some chump who will fall for a bad deal without even knowing it. Do the research and be mentally, emotionally prepared for a tug of war. Know the process to be the one who wins out and outwit second-hand auto salesmen.

2. Negotiate and do the bargaining, not the other way around!

A used car salesman will be very prepared and will know what the buyer’s demeanor is and use it to his advantage all the time. What can be done so the best deal is struck out without much difficulty on the buyer’s part? Quite simple and it should be him asking the questions relevant to the sale and let the seller say anything but “deal made”! If at any point the negotiations go askew and the seller will ask too many questions, this will affect the outcome of the deal. In a nutshell; it’s a tug of war and keeping the best advantage can even sweeten the deal. 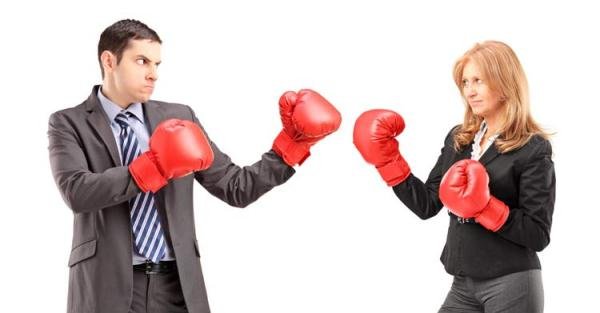 3. Playing on the buyer’s emotions.

Sharks are like used car salesmen; they make Hannibal Lecter proud because they can read they’re customers like an open book thanks to a handful of sales skills to become a successful car seller. Outwitting any second-hand salesmen is hard, and they will capitalize on any loophole without compunction. Once emotion is displayed by the buyer who’ll not even know that they're being herded to a decision not his own most of the time.

An example is when a connection is made then the salesman will work on it until a deal is reached for his own benefit. Those who fall for it are those who are not even aware, they’ve been made till it’s too late! Better put on your poker face and get the deal, or show a little nice then its goodbye to hard earned cash!

4. There are many cars on the floor, don’t fixate on one only!

A worst case scenario is to fixate on one auto, because of sentiment or any other emotion because this will end up a bigger sale for the buyer. Car salesmen love this kind of customer who’ll fixate and say that he wants it. They now can work their magic and dictate the flow of the negotiation without breaking a sweat. When fixated on a single car and when it is wanted, it can be a boat-load of trouble for the buyer without knowing it.

Be objective and make a checklist of alternatives which are relevant concerns to lead to a deal that's good, not a bad one. Always stick to the plan and let no sentiment muddle the negotiation because it will help to outwit second-hand auto salesmen. There are many cars on the floor, don’t fixate on one only

5. Don’t get affected by empathic sentiments!

One method to cajole most used auto buyers is “empathic sentiment” which can do wonders for them, and with the most mileage on the sale. Buying a new car is about the need and not on a whim! Finding that “empathic connection” for car salesmen will be much deeper than simple sentiment and it’s not about making friends. Salesmen need money and to earn a living, provided they make a sale not make a friend on the sales floor. Keep to yourself and be friendly enough but not too rude when negotiating on the floor.

Follow these tips and get the best mileage out of the deal and even some extras.

Squeeze the best deal and outsmart a used car salesman

Does it seem easy enough or is it daunting to outsmart a used car salesman on the floor? While it is not the easiest thing to do for most auto buyers, it must be done. Imagine the money that will be lost in a bad deal that’s because a lemon has been bought! Getting the dirty end of the stick is not acceptable, and it should not be the case. These five tricks will significantly help in negotiating a deal and have the used car salesman to know he’d been had! Good luck on the next auto hunt and do not forget to visit Philkotse.com regularly for more independent tips on car buying.