Tips to avoid getting in an argument with a Jeepney driver

Whether you are a driver or a commuter, there is a big chance that you might encounter rude jeepney drivers. In that case, what to do?

Jeepneys have earned the long-standing moniker "The King of the Road", due to their dominance of public transportation back in the day. Even with the presence of other modes of public transport, the jeepney remains very active for thousands of people who commute to school, work, or whatever errands they happen to have for the day.

With their numbers on the road, it’s inevitable for jeepney drivers to compete among themselves to see who gets the most passengers for a particular route on a daily basis.

That, along with their propensity to maximize each trip by traveling at often dangerous speeds, will usually place them at odds with both traffic enforcers and fellow road users, especially private motorists. The Jeepney: King of Philippine roads

Most of the time, a jeepney driver ends up scratching his head if the damage costs way more than his daily earnings. Occasionally though, there are those who would still insist on being aggrieved even if they committed violations leading to the accident (such as counterflowing, reckless swerving, and indiscriminately loading and unloading passengers outside of designated areas).

It’s easy to get stressed out, especially if a jeepney driver in the wrong invariably invokes the usual spiel, in an attempt to appeal to your emotions and let him off the hook: “Porke’t mahirap lang at naghahanap-buhay ako, ginaganito niyo ako.”

But here are some helpful tips on how to defuse a potentially difficult situation, brought to you by Philkotse.com.

I. Common complaints that you can report to LTFRB concerning jeepney drivers

>>> Also read: 6 most common issues Filipinos have with Jeepneys

II. How to avoid arguing with Jeepney drivers

Arguing with a jeepney driver can certainly put your patience to the test, which is why it’s important to keep your emotions in check. Explain your side calmly, taking care not to argue in front of other people, especially when there are children present.

Don’t let the situation deteriorate into a physical altercation. If the driver refuses to listen, move away from him and gather your bearings instead of wasting your energy. Being a jeepney commuter can test your character

Being emotional is normal, but how you act on those emotions is something else entirely. Watch your behavior and how it relates to the emotions you’re feeling at that moment, especially if you’re alone. Avoid cursing, even if it is out of extreme frustration.

Jeepney drivers have a tendency to become more irritable because of their fatigue from driving long hours, apart from stress in thinking how to achieve their daily boundary.

3. Apologize and take responsibility if necessary

Believe it or not, there are instances when jeepney drivers are not at fault. If you turn out to be the party at fault in an accident, being a responsible driver and law-abiding citizen behooves you to admit your mistake, or at least provide the necessary assistance in case there are those who sustained injuries.

Things like this would need to be settled at the police station, where a public safety officer can mediate between the two sides. Report inappropriate behavior or incident to the proper authorities

Horror stories about undisciplined jeepney drivers on the road are a dime a dozen these days. In case you did your best to get your point across to a jeepney driver without positive results, you can always seek assistance from the authorities, particularly the LTFRB which has jurisdiction over public transport. Many motorists nowadays know the importance of installing a dash cam for their vehicles. If you do have one installed in your car, make sure it’s always turned on while driving and properly calibrated to show the correct date and time.

In case that you get involved into an accident with a jeepney driver and he denies culpability, the captured video footage constitutes sufficient proof in case you wish to file a formal complaint, especially if your vehicle sustains damage that needs to be repaired. 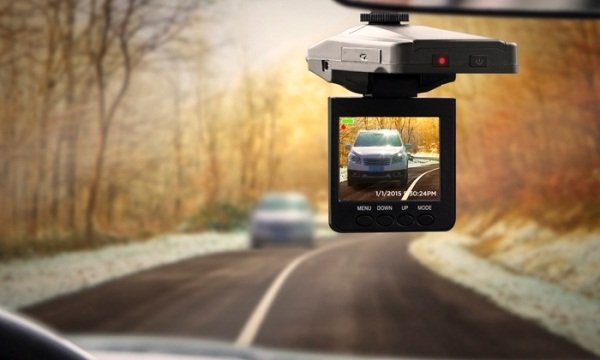 You can never tell when accidents happen, so a dash cam is always a useful thing to have