Is it true that SUVs and bigger cars are safer on the road?

A car's safety cannot be determined by its weight and size only.

When it comes to choosing a new car, we all have taken advice from people who took advice from others themselves, and I'd say that most of them based on anecdotal evidence. The general opinion is the heavier the vehicle is, the safer we are, since they are unlikely to be crashed deformed in the event of an accident, thus effectively protecting the people inside. Based on the logic, it appears that lighter models stand no chance against heavier ones and that all car dealerships should just get rid of light vehicles altogether. If so, should your local streets be crowded with monster cars? Mines are not. So let's re-evaluate the argument with Philkotse.com.

1. Types of vehicles and their safety risks to the drivers

The truth is size and weight are not the only safety measures. Also, the only risk that safety inspectors count in their report is the risks involved to the driver and how several car models were designed to protect them. They miss out a major factor - the risk to the safety of other drivers around.

Only when two kinds of risk are considered, the evaluation of a car's road-damaging potential is complete and valid. So now when another factor is taken into account, what would happen? Surprisingly, SUVs are actually no safer than other types of sedans (compact and sub-compact). Additionally, some experts say that those who drive pickup trucks are in more danger than other models. Below is a table showing different types of vehicle and the risks involved to help you decide for yourself:

Remember that the table is just an illustration, it doesn’t guarantee that a minivan wouldn’t cause a tragic accident or that you should always keep at least 100m away from a pickup truck.

2. Below are some factors can define a car's safety:

A basic law of physics states that when 2 cars of different sizes collide, the bigger car sustains less physical damage due to its greater momentum.

In a collision between a normal car and an SUV, the odds of getting killed is higher for the smaller car than the SUV, 7.6 times higher to be precise. Even when the small car has some sort of crumple structures to absorb part of the force, The driver is still 4.5 times more likely to die than the SUV’s. The odds is the same with rear and side collisions. Larger vehicles also cause smaller numbers of collateral damage cases. According to the Insurance Institute Study (IIHS), only 8% of traffic-related deaths are passengers in the back seats. That is not to say you should never travel in a sedan. Actually, a sedan can be just as safe as other models if their design was improved.

According to a research conducted between 1993 and 2006 in the US by the IHHS, vehicle changes and updates such as safety technology and improved design were the main causes for the decline of fatality rates.

Let’s take a look at one type of car crash - the small overlap crash. In reality, rear and side collision is more common than frontal crash. However, airbags are designed mostly for full frontal crashes. So car manufacturers decided to include side airbags to their cars, as well as reinforce the structure so that they could sustain greater force from collision coming from the sides. 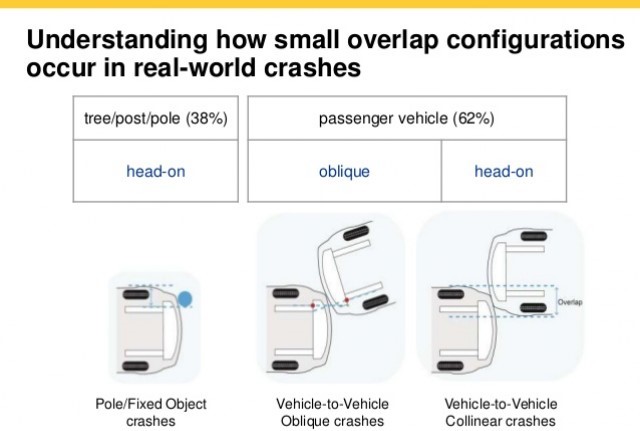 These kinds of design have prevented many injuries and maybe potential deaths on the road.

2.3. The environment, the condition, and quality of the road

Poor visibility by rain is critical to car accidents. Aside from it, a drive on a snowy day causes the same potential tragic on roads.

Alongside adverse weather, road conditions are just equally fatal. This can attest to the fact that fatal rates by accidents are higher in the rural areas with a slew of vehicles traveling at high speeds. 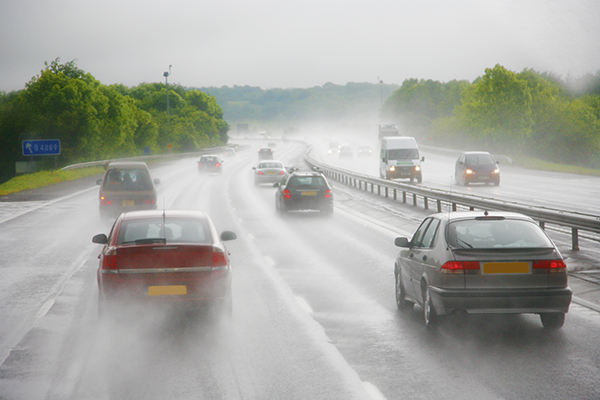 Poor visibility by rain is critical to car accidents

2.4. The gender, age, and behavior of the driver

I don’t know about you, but I rarely see sports cars traveling at decent speeds. Generally speaking, the faster a vehicle is, the more likely it will cause accidents. In fact, every percent increased in speed will result in an increase of 4 to 12% in fatality’s rate.

If you decide to go for a cheap and (likely) low-quality car despite all of the above, you don’t have to continue reading. Just keep in mind that the spare money you’d save when you bought a cheap car wouldn’t be sufficient to cover the medical cost of just one serious accident.

In conclusion, SUVs, if driven responsibly, are the safest amongst other types. If you still favor a smaller car, try to integrate as much safety features as possible. By doing so, you can get the benefits of an SUV without breaking your bank account.

>>> Check out more car tips and advice on Philkotse.com