How car airbags work, and how they keep you safe

How do your car airbags work? Learn about the crash sensors, key parts of the airbag mechanism to have a proper answer.

For those of you who’ve dug deep into car model brochures when planning to buy a car, you might have noticed that modern cars today are getting more and more comprehensive in terms of passive safety gear.

There’s the trusty seatbelt, a low-tech solution from keeping you from flying out of your car during a crash, car crumple zones to absorb the energy from the crash, and of course, there are the ever-present air-bags. These two devices work hand in hand and will not function without each other. 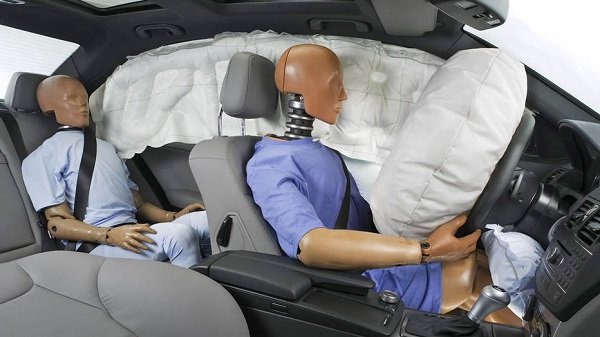 If you're a crash test dummy for some reason, then you're intimately familiar with airbags

Now air-bags are seldom seen in action by us normal folks. That is unless you’ve experienced a crash or have/is currently in a job involving crashing cars. So how do car airbags work? To answer that,  Philkotse.com will introduce the airbag’s history, how it deploys, and how it keeps you alive during a car crash.

1. A short history of the car airbag

The airbag and its partner, the crash sensor or airbag sensor didn’t exist until a certain Allen Breed patented it in 1968. Back then, it was called simply the “sensor and safety system”.

This eventually became an actual first working example of an electromechanical car airbag system but suffice to say…it was very simple and very rudimentary.

He is Allen K. Breed, the inventor of the crash sensor

As for the airbag itself, however, several patents were dated way back to the ’50s under John Hetrick called the “safety cushion assembly for automotive vehicles.” This one used compressed air but as we all know today; those were scrapped because those didn’t inflate quick enough. 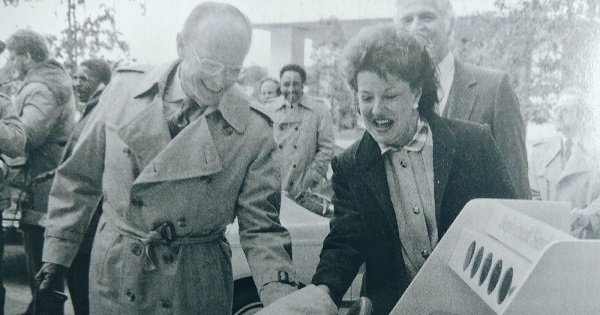 John Hetrick demonstrating how his airbag works to a woman

It wasn’t until a Japanese guy by the name of Yasuzaburou Kobori where the “explosive” and instantly inflating airbag system was developed. We think that the Impala definitely needed airbags. Just imagine crashing in this massive thing!

Since 1998, airbags became mandatory on all cars. At least in the United States because you can actually still buy some cars here in the Philippines without airbags.

>>> For further reference:  Airbags – Things you might not know

Airbags are designed to reduce head injuries during a crash. They do this by cushioning a person’s head and neck (whiplash) during the forward momentum caused by the sudden stop, a.k.a, a crash.

Why does this happen?

Well, as we all hopefully learned in our high school physics classes, a moving object, like your car, has mass. Because it is moving, that means your car also has a velocity which is the speed of an object in a given direction. If those two are present, then an object has kinetic energy. The greater the amount of mass and velocity, the bigger the kinetic energy.

This is when we consider the funny but outright terrifying phrase; “it’s not the crash that will kill you, it’s the sudden stop.” This is because all that kinetic energy that has been building up will rear its ugly head, the car will indeed have stopped due to crashing but depending on how fast you were going, you and your passengers will now have your own respective velocity. To counter that problem, manufacturers have implemented seatbelts. Those came way before airbags. Seatbelts, however, cannot protect a person from head and neck injuries.

Ironically, the force applied by the seatbelts will cause the topmost part of your body, i.e. your head and neck, to snap forward rapidly. That may cause significant damage to your neck muscles and of course, there’s a significant chance that you’ll bang your head on the dash or your steering wheel. As such, the primary function of an airbag is to cushion your noggin and your neck.

When a vehicle crashes, sensors like an accelerometer (speed change detection) and an on-board computer called the ECU. If this system detects a sudden deceleration far exceeding the parameters of applying the brakes, the airbag will trigger.

Next, the airbag will of course inflate and then deflate simultaneously as a person’s head comes into contact with them. Airbags do this to prevent someone’s head bouncing off them in order to prevent more injuries.

How does it inflate?

The ECU sends a signal to a trigger, possibly a chemical which ignites an explosive (minute amounts). When that blows up, a significant amount of gas fills up a bag, typically made out of nylon.

Depending on the type of car airbag, the said nylon bag is stored underneath in a space not visible in normal driving situations or when the condition of the car is normal.

Because airbags use a little volume of explosives, there are still risks involved when they’re deployed. It might be that debris might cause hearing loss or even eye injuries.

Note also that airbags WON’T work without a seatbelt. And lastly, normal, modern airbags while significantly less forceful that older examples, still pose a bit of risk especially when small children are involved. As such, it is highly recommended that child seats are not places on the front seats of a car.

How Do Airbags Work?

>>> Also check: What you need to do when experience airbag explosion and get burned

As we’ve said before, there are several types of airbags and these are mounted in key parts of a vehicle. 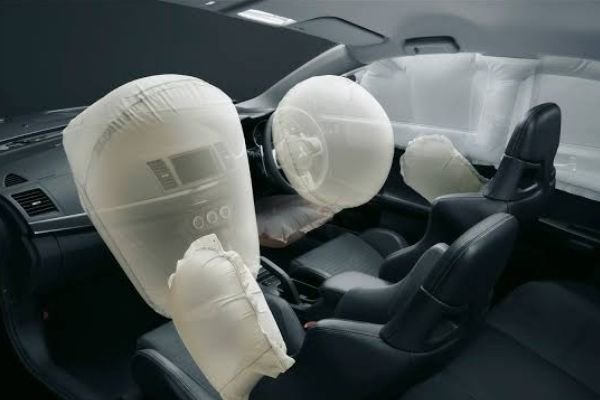 Here's a Volvo equipped with all the different types of airbags

>>> Read more: A step-by-step guide on how to replace the airbags on your car

According to the American National Highway Traffic Safety Administration, airbags have saved 50,457 people from 1987 to 2017.

So, if you’re thinking of replacing the stock, airbag containing steering wheel with a lightweight, sleek, but airbag less racing wheel on your daily driver, think again because airbags are the last line of defense from turning your noggin into scrambled eggs. 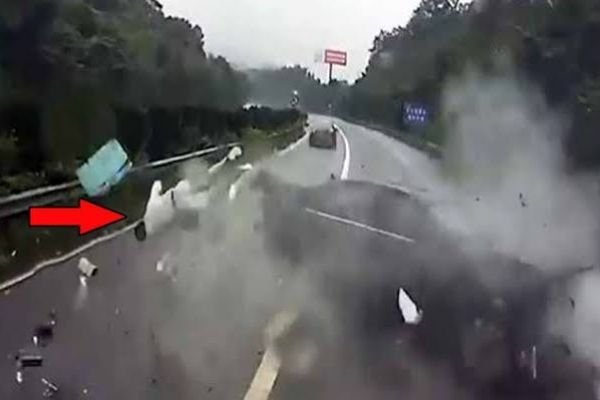 If not scrambled eggs, then you'll momentarily have the ability to FLY!