Crumple zones and car chassis design: How it keeps you alive!

Learn how to choose the cars with good crash ratings, based on crumple zones and chassis design.

A primer on car chassis and crumple zones, plus how they work to keep the occupants safe, in a collision. These critical areas of safety design will be clarified for drivers to know more about.

I. Why are car chassis and crumple zones important?

Safe driving is a concern for all motorists, so the cars follow traffic rules to avoid accidents. But, according to Murphy’s law that if something will go wrong, then it will! Cars are equipped with ESC, ABS, EBD, BA, TC, and other high-tech computer controlled systems that stave off disaster when accidents happen.

Logic dictates that once the safety threshold has been breached, it’s the point of no return. The last line of defense is the crumple zones and chassis design, in event of vehicular collision that determines how intact the occupants are.

Many cars have their versions of crumple zones and car chassis that native to their brand but all share a common design. The only difference is how they go about in implementing it, Volvo has the rep of the safest car on the planet but times change. Technological improvement in crash design, using computers for measurements and actual testing has made cars safe compared to before. Using different materials in the chassis and shell design is a big influence how the main compartment stays intact! 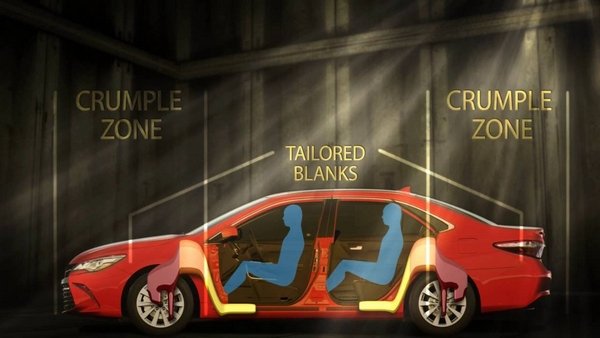 II. Physics of a car crash: cars will crumple!

The modern cars is made to crumple easily! In a severe collision, front and back parts will collapse into the central compartment to almost crush the occupants. It is intentional because of studies that revealed stiff bodies tended to transfer force into soft materials like plastic and human occupants. More often than not, many motorists were either crippled or dead in cars with harder bodies. But, survival in a severe collision is better, if the passengers are using seatbelts. Yes, always keep in mind that wearing seatbelts to save life, not to avoid fine.

Crumple zones are strategically located in the back and front of the car chassis. But, most crumple zones aren’t a hodge-podge of alloys or composite material that keep any sharp parts entering the compartment. Distribution of hard and soft parts that absorbs kinetic force, or hard parts that form the protective shell.

Softer parts of the forward and rear crumple zones have plastic composites which are stronger than steel. A collision works in several stages that are critical in distributing the force from the inner shell. Crumple zones will deform key areas, in a controlled catastrophic impact that redirects the line of force from killing the passengers in the inner compartment.

In a severe collision, front and back parts will collapse into the central compartment to almost crush the occupants

They do work, but the size of the car has an effect on the energy absorbed. A vehicle’s size has an influence on how much force, it’s chassis can take. If a large SUV would slam into a sub-compact; then the result is very definite, but the smaller car will not survive.

Should the smaller car slam into a stationary object, then the force will vibrate and end up with fatal results! Crumple zones and car chassis will save motorists but weight difference and size will be a big factor. Smaller cars will be like paper balls, unlike mid-size to full-size cars that will keep the occupants safer.

Crumples zones and car chassis are interlinked; because this is where all the car components are installed. We’ve discussed; how the crumple zones wrap around the main passenger compartment, crumple zones are built around the chassis/compartment. The main compartment is the hardest part of chassis; and it keeps passengers in one-piece, most of the time.

The main supports that the support chassis frame is the A-pillar, B-pillar, and the C-pillar. Each pillar has a function in holding the shape when kinetic forces batter it during a severe collision.

The hardest and most rigid metals will absorb the crumpling steel and composite plastics around it, to protect the passengers. Think of it as a titanium cage that keeps its shape without crushing everyone inside. The main passenger compartment is where other safety devices are anchored. Without a chassis as a support, the crumple zone will have no anchor.

Another concern that most motorists should consider is whether the vehicles crumple zones are anchored to a one-piece chassis or frame-type chassis. Both chassis have crumple zones, but there are some good and bad points to think about when it comes to how kinetic energy travels and dissipates.

#1. A one-piece chassis (uni-body) is common to cars, minivans, and SUV hatchbacks and wagons. The central passenger compartment is integrated into the chassis, with crumple zones situated well on it. All the pillars from A to C is welded into the main chassis, with no separation.

#2. Frame-type chassis are native to pickups and cab type only, utility vehicles. These chassis are common on big-trucks that are compromised because pickups have a separation between cab and truck bed. The support pillars are complete, but the "C" pillar is an issue. But, those which can seat four people will have a small "C" pillar installed.

#3. Cab on body designs is bolted on not as a unified structure, although pickups and their size do make up for this with sheer weight. Even if a sub-compact is a unibody, it’s lightweight will be a bit of a concern too.

#4. A unified chassis has a better chance of diverting kinetic force because it has no gap. But, the frame-type chassis with its body gap and pillar layout can be a serious safety concern. Both the crumple zone and car chassis are vital in any catastrophic collision. But, it doesn’t guarantee it, but they give passengers a fighting chance to walk away in one piece.

It won’t be complete without a list of cars with crumple zones and car chassis, maxed out. These option will be the best bet to walk away from. Despite the argument that size doesn’t matter, it still does and this list compiled by Philkotse.com will not include sub-compacts. Earned 5-star safety ratings from the National Highway Traffic Safety Administration (NHTSA), and the biggest SUV with a 5-star rating 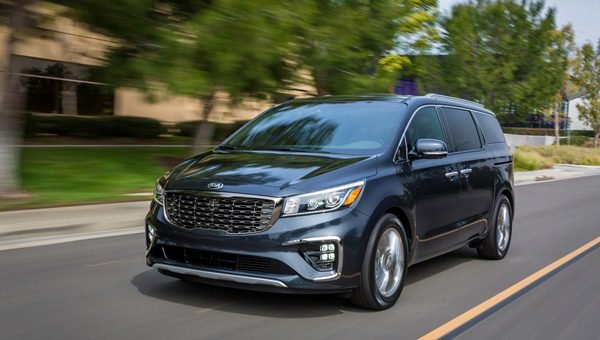 Volvo has the safest cars with a 5-star rating, with features that improve safety and performance

Gets a full 5-star rated safety and performance with great styling as well, not just for function 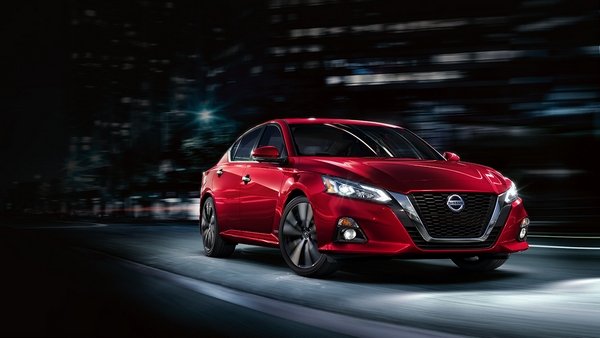 Plus, the “Nissan Safety Shield” as a principle for better and safer cars too.

All of those models with good crash ratings can be all found in our Cars for sale section. Check out if you have an interest in any of them.

V. Getting it together- Crumple zones and chassis design: How it keeps you alive!

Now, crumple zones and car chassis will be understood and how they work. Survival in a collision is wholly dependent on how well the car can take the punishment. Having an idea, how all these car components will tie in and hopefully give an informed assessment for better judgement about what makes cars safe! Just always remember to keep buckled up or all the crumple zones and chassis design won’t work!

>>> Read more: Coating on the chassis: Should or Should Not?