9 things to do in the event of a car accident

Some tips to help you arrive alive every time you drive.

I. An overview of car accident situation in the Philippines

Admittedly, driving would be a whole lot easier if all of us were part of a hive mind. Having a singular consciousness would be an immense help on the road since all we'd care about was how to get to where we’re going without needing to second-guess everyone else’s driving skill (and choice of accessories, but that’s a subject for another piece).

The way things are, though, is that everybody has their own destination, their own reasons for getting there, and their own methods of doing so.

While some would opt for a leisurely drive, others engage in a mad dash like some real-world version of Death Race, as if they were racking up imaginary points for every motorist and pedestrian they manage to annoy along the way.

With the number of cars on Philippine roads (some 9.2M as of December 2016), it won’t be long before an erring or careless driver runs into someone else, in more ways than one. 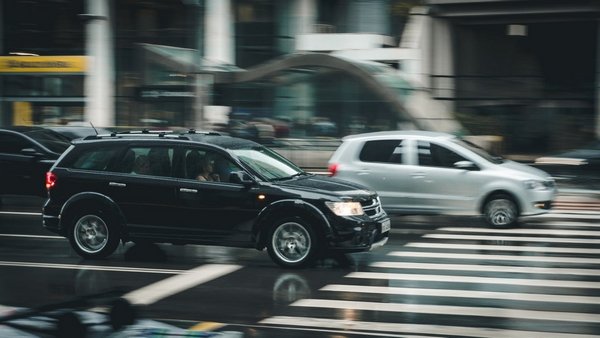 Driving can be a mad rush, with a mishap waiting to happen if you're not careful

The numbers are not pretty: data from the Philippine Statistics Authority (PSA) show that an average of 34 Filipinos die every day from a vehicular accident.

In the National Capital Region alone, the Metro Manila Development Authority (MMDA) recorded more than 75,000 road accidents between January and September of last year; out of this figure, 285 were fatal, 10,793 were injuries and 64,321 involved damage to property.

It doesn’t help that a culture of fatalism is ingrained in Filipinos, especially Filipino drivers. Sure, making the sign of the cross or having the rosary wrapped around the base of the shift lever couldn’t hurt. But once the wheels start turning, common sense and road manners are left in the dust, to be replaced by an almost complete reliance on happenstance and derring-do. Vehicular accidents are no fun

Even more appalling are the reactions that many drivers resort to when an accident *does* happen: there’s the usual hit-and-run scenario when an erring driver flees the scene of the mishap.

If a pedestrian is hit and severely injured, the driver at fault might even just elect to kill the victim outright in a morbid display of callousness, reasoning that it would be cheaper to pay for the victim’s funeral than for the medical expenses that are sure to come up.

Worse, one or both of the parties involved could be a hothead, and the resulting road rage is bound to be more serious than the initial fender-bender itself. It's not always easy determining who is at fault

A car accident signifies the loss of control over certain factors, not the least of which is your own faculties and judgment as a human being, and the capability of your ride. Be that as it may, there are ways to make sure that an accident doesn’t get any worse, and it all depends on how you react and the steps you take immediately after it has occurred.

>>> Worth to note: Road Accidents in the Philippines: Causes, Facts & Latest Statistics

II. What to do if you are involved in a car accident: 9 things to remember

1. Make sure you and your companions are okay

Assuming that you haven’t lost consciousness after impact, stay calm and take time to gather your bearings.

It’s understandable to feel shocked, disoriented and confused in the first few seconds. However, it’s important for your presence of mind to prevail. Assess yourself and your passengers for any car accident injuries such as head ringing, bleeding, broken bones, or paralysis of any sort. Make sure you and your companions are okay

2. See to it that the car isn’t moving

An especially major impact will definitely affect your car’s ability to move under its own power, but it doesn’t mean that it won’t pose a danger to other motorists.

Put the gear in neutral for M/T vehicles (Park for A/T ones) and make sure that the handbrake is engaged. If the accident happened on a slope, find something sturdy enough to serve as chock and place it under the tires as an additional measure of safety. Don’t forget to turn the engine off, both for safety and practical purposes.

3. Determine any other immediate danger

Cars run on a carefully calibrated mix of fuel, heat, and air, and a car accident throws a monkey wrench into that precise routine. Fuel lines may become ruptured and leak gasoline, which could be ignited by damaged electrical wires. A damaged exhaust system might end up blowing toxic fumes right into the cabin.

But it doesn’t mean that you should jump out right away either, right smack into oncoming traffic. If there is no immediate threat, carefully make your way out of the car (unless the accident has rendered the doors inoperable), especially if you happen to be on a busy road or thoroughfare.

4. Time to check on the other car

If the accident involves another vehicle, then there are other human beings that need your attention too. Go through the same steps that you did in your own car e.g. see if anyone on their side was hurt or needs urgent medical attention, make sure their car is secured in place, and assist anyone who might need to get out. Time to check on the other car

5. Make your car visible to others

Time to break out those Early warning devices (EWDs) that you egged your casa agent to include in your list of new car freebies; they’re not just for show, you know.

Position your devices at least 30-50 meters away from the accident site, so that even vehicles running at 40 kph will still be able to see you in time and react accordingly. You should also switch on your hazard lights, especially if the car accident occurred in the middle of the road.

6. Time to call for help

After having the proper car accident first aid done properly, The next step would be to get ahold of the nearest available traffic enforcers or police officers, for the legal aspect of the situation. You can also contact family and friends to tell them what just happened; chances are, they might come over to lend support. 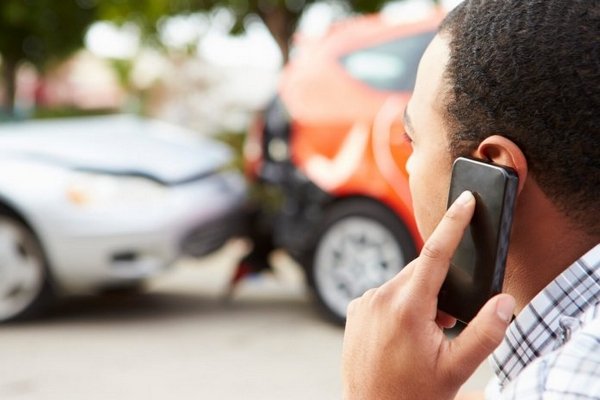 Time to call for help

7. Exchange pertinent information with the other side

Valid personal contact numbers are a must, especially since you will be needing that information in the course of the investigation by the authorities, as well as in filing a car accident insurance claim. Exchange pertinent information with the other side

If the other party happens to be a public utility vehicle or belongs to a company, there’s additional contact information you can use to call up the office and explain the situation to whoever is in charge. See to it that the other driver’s license is still valid.

8. Inspect and visually document the damage

Check the damage you’re your vehicle sustained, as well as the other car. If you happen to collide with stationary objects such as a tree, walls or concrete structures, you need to check them too for liabilities you might have as a result of the mishap.

Chances are, you’re already equipped with a smartphone that’s capable of taking pictures and video, which you can readily use in documenting the aftermath of the accident while waiting for authorities to arrive. Check your liability, even if you hit stationary objects such as trees

Aside from recording the physical damage, you also need to note the exact position of your cars immediately after the accident, as well as any relevant streets or landmarks that can indicate your location.

9. Make an initial sketch if you can

Police report forms given out at the precinct include a space for making a sketch of the accident, but that would entail waiting for authorities to respond first. By the time you get to fill out the form, stress and fatigue might already affect your memory of the incident and make it difficult for investigators. An initial sketch of the car accident site, including relevant information such as the road name, the directions you were taking prior to impact and the particular angle at which you collided, can save you time in filing a report. If everyone present agrees to the circumstances regarding the sketch, affix your signatures and submit it to the responding authorities.

III. After a car accident: 4 more things to remember

Of course, there are other points to consider, and these can be helpful in easing the potential post car accident effects that will come in dealing with a head-scratching instance such as road accidents:

1. Always make sure that your car’s registration is updated

2. Also, see to it that you have comprehensive vehicle insurance

Having comprehensive car insurance will be hugely beneficial to you in terms of defraying the resulting cost of repairs, whether you were at fault or not. Car accident insurance also has other benefits, like free towing service in case your car is immobilized. Always update your comprehensive insurance for moments like this

Bear in mind that insurers typically offer complete coverage in the first three years of ownership, with the owner/policyholder having to shoulder a certain percentage of repair costs from the fourth year onwards.

3. Invest in a dashcam

Consider as one of the most important car safety features nowadays, a dashcam does a very good job in road accident prevention.

In addition, a dashcam is especially important in establishing the circumstances that led to the accident. Eyewitness accounts, whether from your passengers or bystanders, will always vary. But video footage from a dashcam is as objective and honest as they come.

4. Keep calm, and always have your wits about

While it’s unnecessary to make threats towards the other driver (not helping, no matter who you claim to know), you also need to make sure that the other party doesn’t confuse, intimidate or otherwise force you into admitting your fault in the accident. It’s not their job to determine that, so leave it to the traffic investigator.