Set to break cover on 8 September at the Goodwood Revival as well as the single new pic, TVR also announced its first car since the old Sugaris coupe went out of production back in 2006 would weight just 1200kg. For its Goodwood launch, this new car will be located in the Earls Court building alongside several classic TVR models, to celebrate the brand’s 70th anniversary.

>>> Ever heard of the very first Filipino super sports car named Aurelio? Read our article for more details of its aristocratic appearance and unique features. 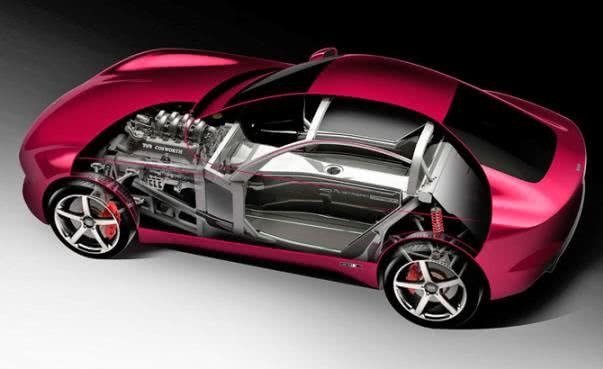 Combined with a powerful 5.0-liter Cosworth-developed V8, TVR’s very first sports car will have a power-to-weight ratio of 400hp per ton. Moreover, the car will manage 0-97kph in less than four seconds.

TVR promises that its super car will be able to post a 200mph top speed. So it is plenty fast. Although still under wraps, it is expected that TVR’s new car will be built very much in character with the traditional TVRs but entirely new from the ground up. The car has been designed with input from Gordon Murray’s company, and will use part-carbon construction from Murray’s iStram manufacturing process.

We have heard rumors that orders for the first 500 Launch Edition cars have almost sold out, meaning order books for this first run could close at Goodwood.

The car’s cost will be less than £90,000 (P5.7 million) for the full-house TVR Launch Edition. “After a series of private viewings organized for the benefit of existing customers for the new car, we know that we have a surefire hit on our hands, and very much look forward to welcoming them to the Revival in September,” said TVR boss Les Edgar.