The Midnight Editions of three Nissan’s famed pickup trucks has been officially unveiled.

Riding on the Frontier, Titan and Titan XD platform, three new Midnights trims are expected to hit dealerships this fall.

To begin with, the Titan Midnight Edition is now adorned with tinted headlights, a matte black grille and also, black exterior badging as the name “Midnight” suggests. Evidently, side steps, mirrors and 20-inch aluminum wheels are also painted in black. Besides, the pickup comes standard with body-color bumpers in addition to an available color palette including Magnetic Black, Gun Metallic and Pearl White. 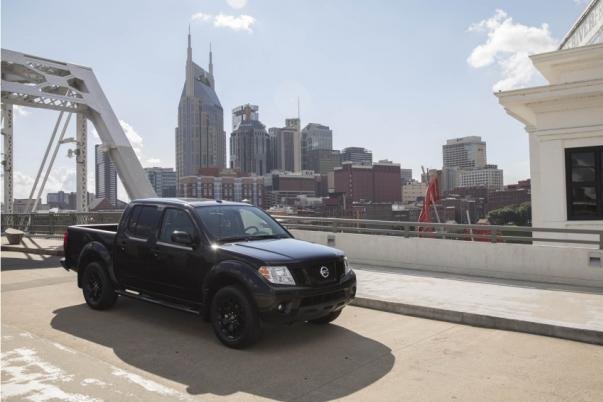 As dark as the exterior skin, the interior is also fitted with a charcoal trim and an optional Midnight Edition floor mats.

The Midnight version of the Titan XD receives the same features as the Titan and both two pickups will come with either rear-wheel drive or all-wheel drive. Nonetheless, the Titan XD’s package is just limited with 310 hp/555 Nm 5.0L Cummins V8 diesel engine.

It’s the same story for the Frontier Midnight Edition, except for a smaller set of 18-inch aluminum wheels. No word on price, but the Japanese carmaker hopes that the Midnight Editions will "sell on average two times faster than standard models".

>>> Look through the pricing for 2017 Titan King Cab models